Monday: The Times attended four pandemic-influenced proms across California. They were colorful, poignant and joyful. 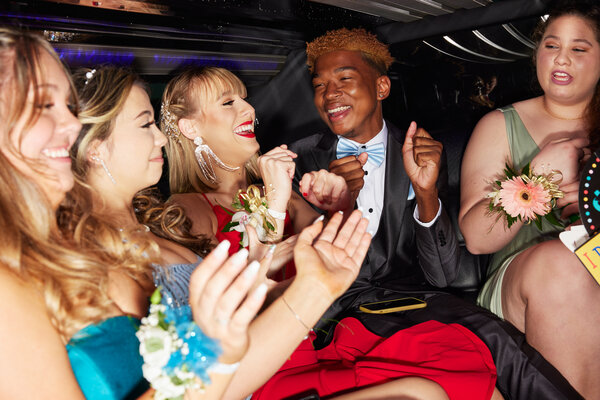 For generations of American teenagers, it has been a durable rite of passage — one that often brings a heady swirl of angst and nervous excitement.

But this year, California high schoolers told me that their proms were different. After the students had spent the better part of a year learning from home, the events were sites of unfettered joy and relief, free of drama.

As Sienna Barry, a senior and the student body president at Petaluma High School, put it: “Why have drama on the one night you get of senior year?”

Over the past several weeks, Maggie Shannon, a Los Angeles-based photographer, attended the proms of four high schools spread across four regions of the state to capture the emotional, colorful, exuberant scenes for The New York Times. I talked to students later about what being able to attend prom this year meant to them.

There were many reminders that prom this year wasn’t normal, including masks specially made to match gowns. Many events were held outdoors, and vaccination or a negative coronavirus test was required for entry.

Nevertheless, the teens told me that the year apart made prom a chance for a poignant reunion and an opportunity to celebrate not only finishing high school, but also making it through the worst of the pandemic.

In Fowler, a Central Valley town just southeast of Fresno, where students were decked out in cowboy boots and hats, prom was a chance to cut loose with classmates who have become like family over many years of living in the same community.

“It had been such a long time since we’d all been together,” Komal Sandhu, the student body president at Fowler High School, told me.

The proms weren’t totally devoid of stress, though. Students and administrators had much less time than normal to plan the events.