Gov. Greg Abbott cited personal freedom and economic pain while relaxing coronavirus restrictions. But many are upset, especially those who take precautions and work with the public. 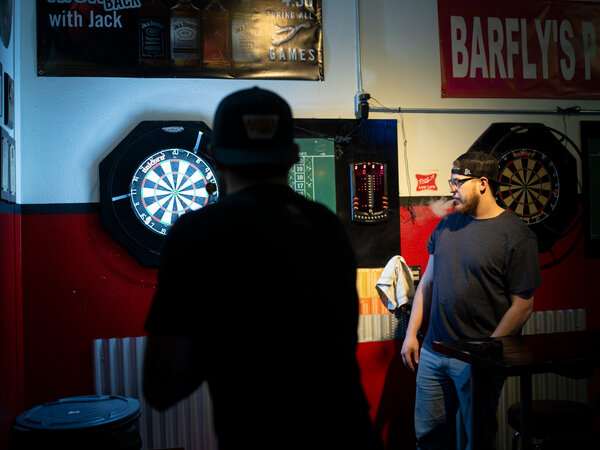 HOUSTON — As rules that had been in place for months were relaxed across Texas on Wednesday, plexiglass barriers came down, tables were added onto the floors of restaurants and signs requiring masks were removed from the front doors of businesses.

On South Padre Island, throngs of spring breakers drank and danced at a beachside bar, and in a move that harked back to prepandemic times, the Texas Rangers announced that when the baseball season starts next month, they would allow the stadium — 40,518 seats — to be filled to capacity.

But Britt Harasmisz, who tends the patio bar at Barflys in San Antonio, kept her mask on even after a co-worker removed the sign — “MASKS REQUIRED UPON ENTRY” — that had been posted outside since June. As much as some hoped otherwise, Ms. Harasmisz said, normalcy had not returned.

“A lot of people have been vaccinated — Governor Abbott was vaccinated,” Ms. Harasmisz, 24, said. “But a lot of us on the front lines have not.”

When Gov. Greg Abbott of Texas announced last week that he was loosening restrictions across the state, he inflamed a tension that officials have wrestled with from the outset of the pandemic, having to balance tough measures to curb the coronavirus’s spread with the economic anguish wrought by those measures. 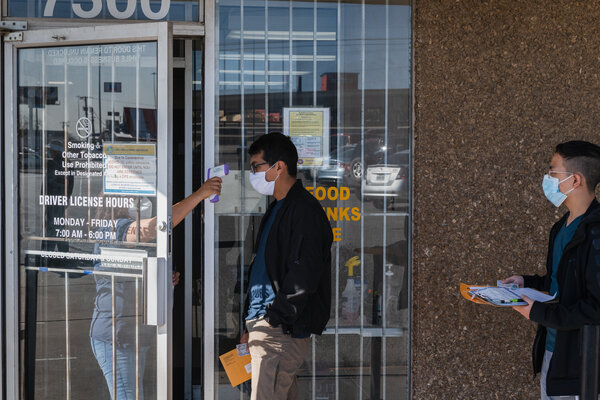 As Texas opened more widely, many workers — in supermarkets, restaurants, bars and retail stores — described growing frustrations and fears over how that balancing act was playing out in their own lives. With the state closed, they were the ones losing tips and hours of work, if they did not lose their jobs altogether. But with the state opened, they would be the ones to contend with the risks of maskless customers and crowds.