A record number of people petitioned for asylum in Mexico last month, drawn by family ties and high approval rates — and discouraged by the difficulty of getting into the U.S.

MEXICO CITY — Record numbers of asylum seekers are applying for sanctuary in Mexico — some after arriving at the southwest border of the United States hoping to find a safe haven under President Biden, but hitting a closed door.

In March, the Mexican government received asylum petitions from more than 9,000 people, the highest monthly tally ever, officials said. And they predicted that the surging demand, evident in recent month, would continue, possibly reaching a total of 90,000 asylum requests by the end of the year, which would also be an all-time high.

The soaring numbers of asylum petitions in Mexico are in part a reflection of the turmoil at the American border, where the Biden administration is struggling to deal with a surge in undocumented migration and has prevented many asylum seekers from presenting their cases to immigration officials.

Mexico has also become an increasingly attractive destination in its own right for refugees, who have generally found asylum easier to achieve in Mexico than in the United States. Some have also been drawn by the opportunity to reunite with family and friends, and by possibilities of work and a degree of safety that they lacked at home.

The sharp increase has put additional stress on humanitarian groups and on the Mexican government, which has been under pressure from Washington to do more to curb the northbound flows of migrants from Central America and elsewhere. 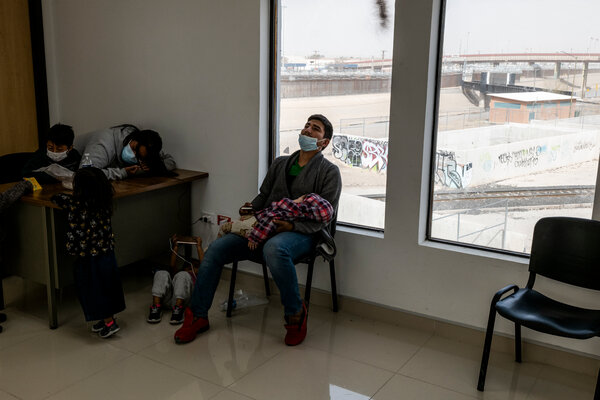 “Enormous amounts are arriving,” Andrés Alfonso Ramírez Silva, general coordinator of the Mexican government agency that processes asylum petitions, said of the case load. “With the personnel we have, we have to deal with a number that grows and grows and continues to grow.”