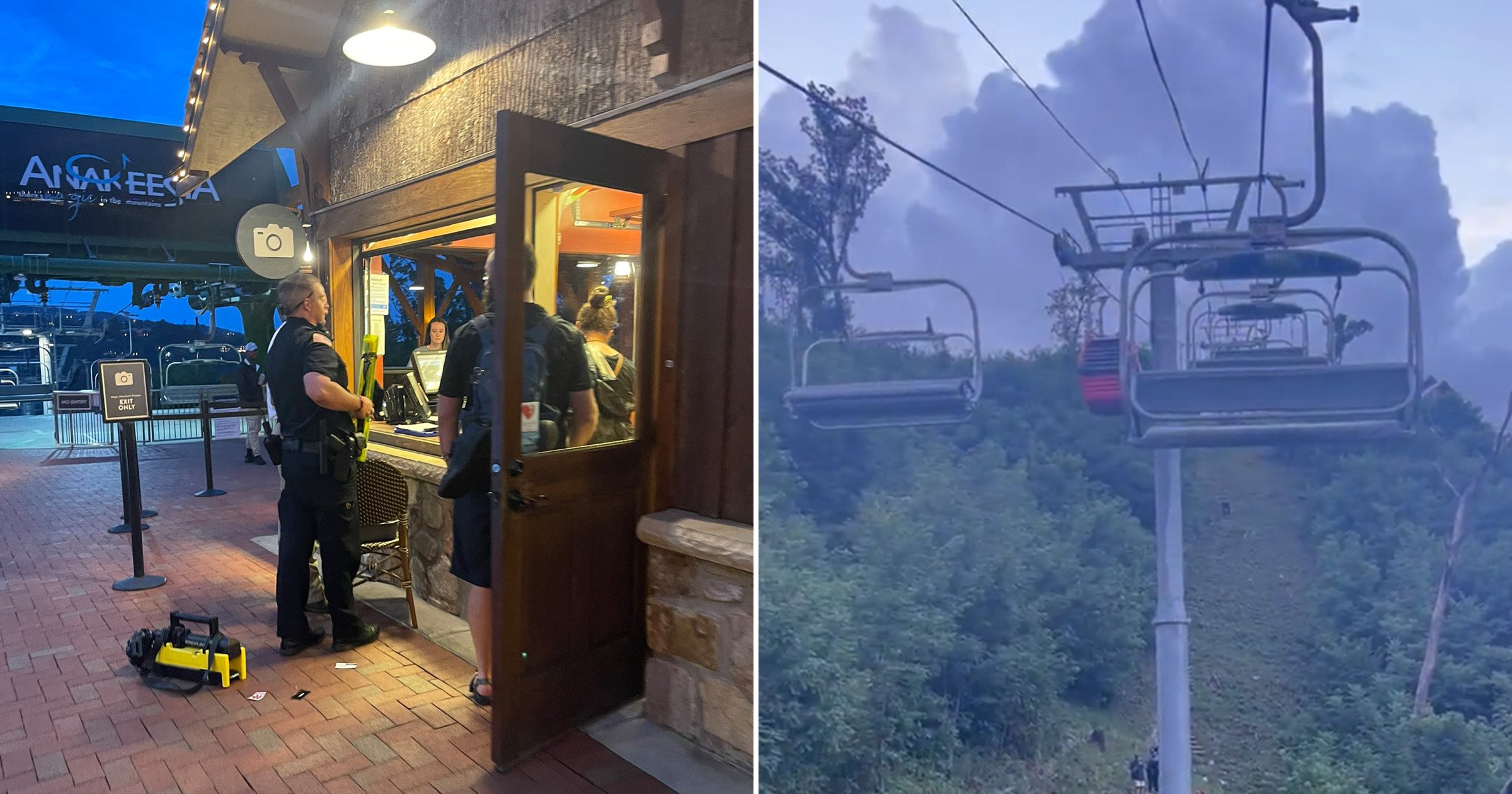 A woman reportedly fell 30 feet from a theme park ride and was found dead under the chairlift.

The woman believed to be in her 20s was about three-quarters up the 60-foot ride at the Anakeesta attraction in Gatlinburg, Tennessee, around 7.30pm on Thursday, witnesses told WVLT.

Witnesses said she ‘jumped from the chairlift’, according to city official Seth Butler.

Her body was found under the attraction.

The ride apparently continued operating after the incident.

‘You could see the concern on everyone’s face that was getting on,’ another witness, Jay Deuro, told the TV station.

Anakeesta representatives said they continued to operate the ride to get all the riders off.

‘We mourn this tragic loss of life,’ stated the theme park. ‘Our deepest sympathies are with the family.’

Amid an ongoing investigation, the police department has determined that the woman possibly killed herself.

The woman has not been identified.