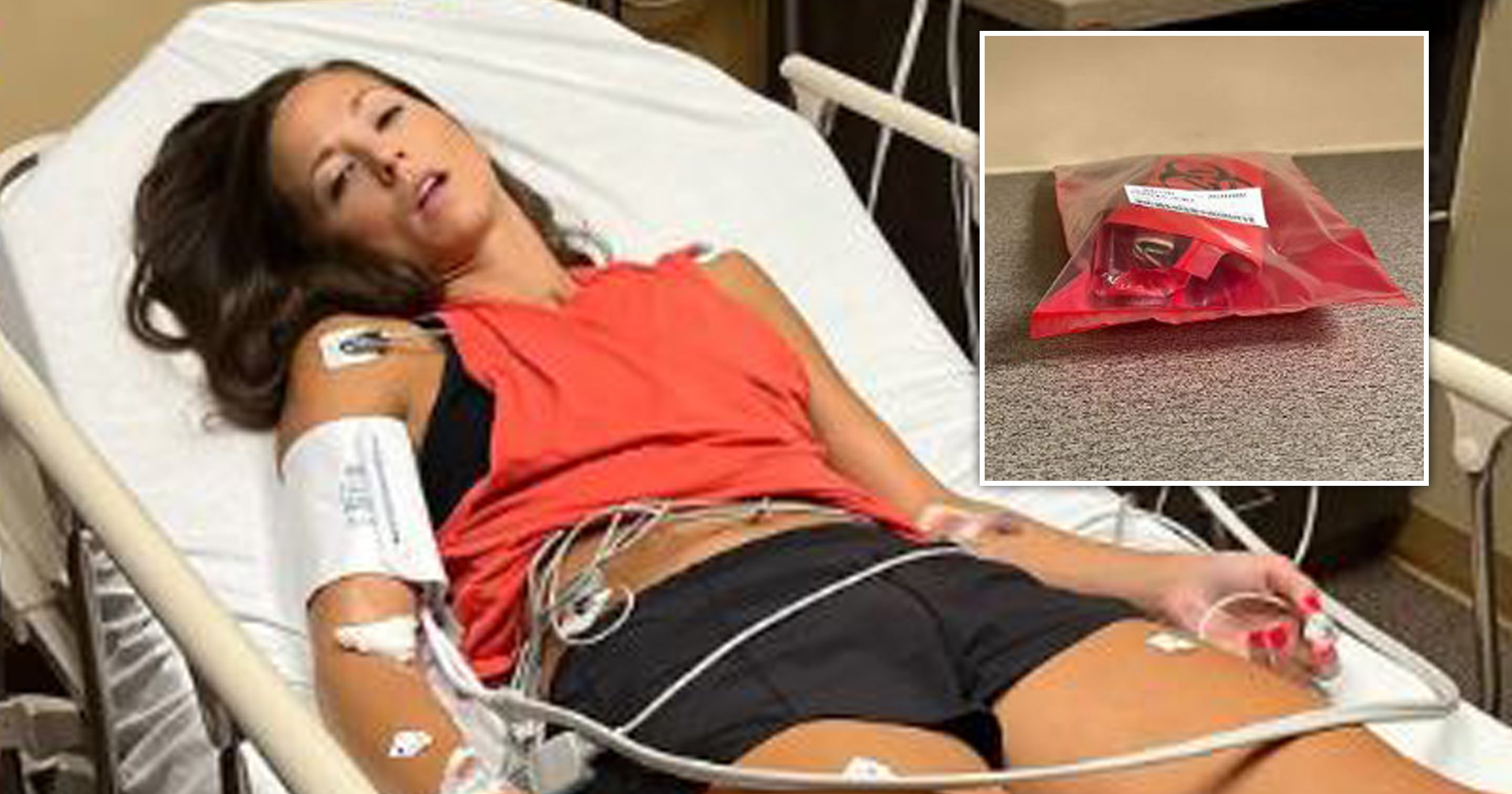 A woman who picked up a dollar from the ground would up in the hospital and almost died.

Renee Parsons said she was traveling to a conference in Dallas, Texas, with her husband and two children when they stopped at a McDonald’s in Bellevue, Tennessee.

Parsons saw some cash on the ground and decided to take it, according to WKRN.

‘I see a dollar bill on the ground. Thinking absolutely nothing of it – I picked it up,’ wrote Parsons on Facebook.

‘It’s almost like a burning sensation, if you will, that starts here at your shoulders, and then it just goes down because it’s almost like it’s numbing your entire body.’

‘She hadn’t said anything for a while, then she said, “Justin, I am sorry. I love you.” Then she just quit talking,”‘ he said. ‘She looked like she was dying. She certainly was unconscious and very pale.’

Before losing consciousness, Renee apparently grabbed her husband’s arm using the same hand she used to collect the cash. Soon after, Justin’s arm reacted with a rash and his lips went numb.

Justin managed to drive his wife at 95 miles per hour to St Thomas Ascension Hospital, according to News Channel 5.

Renee’s symptoms wore off after about four hours and she was discharged on an accidental drug overdose, according to WSMV.

Justin, who has served in law enforcement for years, thinks that the dollar his wife took off the ground was laced with fentanyl.

However, a Metro Nashville police officer who went to the emergency room said she was not exposed to fentanyl because she did not need Narcan to be revived. In addition, preliminary tests did not show drugs in her system.

Still, Renee believes she was exposed to drugs.

‘What I do know is how I felt, what happened. It can’t be made up,’ she said.