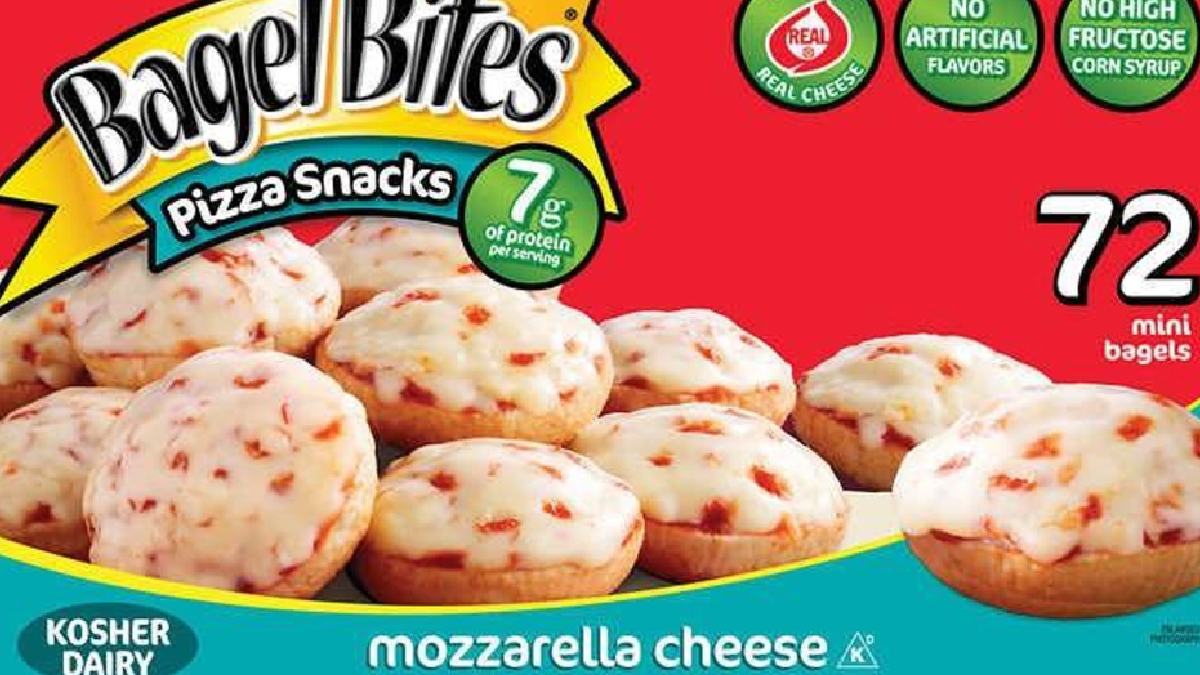 A woman has launched legal action against the makers of mini pizza bites that are topped with a cheese blend rather than real mozzarella – claiming cheese fraud.

Kaitlyn Huber, from Elroy, Wisconsin, has filed a federal lawsuit against US food giant Heinz Kraft, after saying she was deceived by its ‘Bagel Bites Pizza Snacks’ product.

She claims the packaging of the pizza bites amount of fraud because the box features the words ‘mozzarella cheese and tomato sauce’ in large letters. Huber’s suit says this is ‘false, deceptive and misleading’, as the pizza bites are actually topped with kosher cheese, which is made using a cheese blend and not real mozzarella.

The suit is seeking class-action status on behalf of anyone who bought the bites in Wisconsin and asks the court to order Kraft Heinz to amend its packaging.

Huber is also claiming an unspecified amount of damages.

‘Wisconsin consumers want real mozzarella cheese in pizza because they value (1) its soft, moist texture, (2) its milky, yet tangy taste and (3) its high protein and relatively low calories and sodium compared to other cheeses’, the suit states.

The suggestion that Bagel Bites Pizza Snacks are made with tomato sauce is also false, Huber’s suit added, reports the Milwaukee Journal Sentinel.

‘Reasonable Wisconsin consumers expect a product claiming to contain “Tomato Sauce” will contain only tomato ingredients and seasonings instead of thickeners like cornstarch and methylcellulose’, the paperwork also states.

Huber’s filing claims that Wisconsin and federal regulations requires any purported mozzarella, as used by Heinz Kraft, that contains added food starch in place of milk, should be labeled as ‘imitation mozzarella cheese’.

Lynne Galia, a spokesperson for Kraft Heinz said the company did not have any comment about Huber’s lawsuit.

Earlier this year a similar lawsuit was filed in New York earlier this year, also against Heinz Kraft, and saw the company’s lawyers argue that because some mozzarella is used in the ‘cheese blend’, it is not ‘imitation’ mozzarella under federal law.

Huber’s attorney, Spencer Sheehan of New York, withdrew the New York version and said he thinks the case is best set in Wisconsin because of the importance of the dairy industry in the state.

About a third of all the cheese made in Wisconsin, which is in total is more than a billion pounds, is mozzarella.