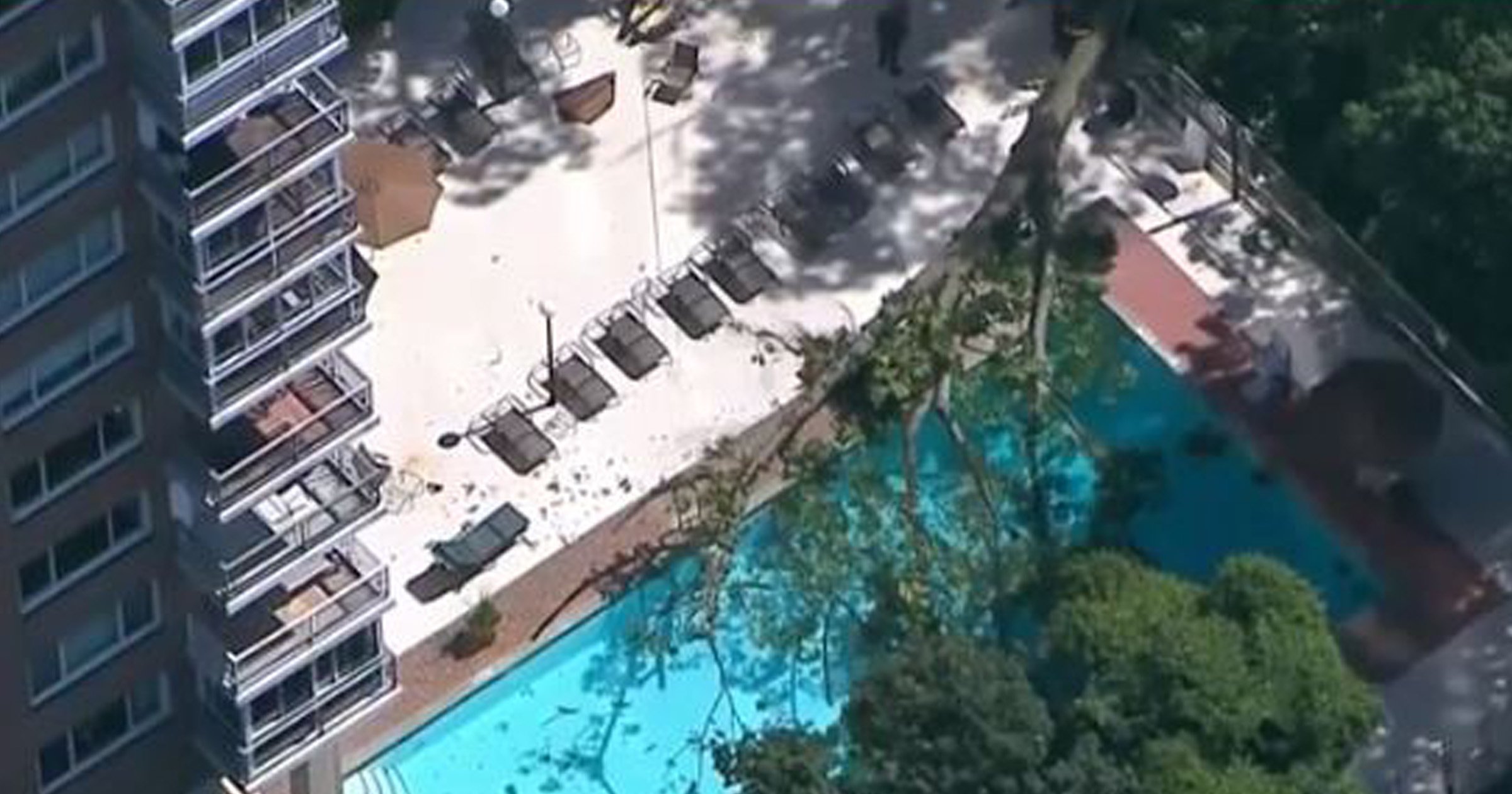 Two women were enjoying a summer day swimming in a pool when a tree fell into the water and struck them, killing one.

A 50-year-old woman swimming in the pool behind River Terrace Apartments in the Bronx sustained severe body trauma and was pronounced dead at the scene, police said.

Another 60-year-old woman who was in the pool also suffered body trauma and was transported to Allen Pavillion Hospital in critical but stable condition, according to cops.

The tree was the building owner’s responsibility and was not on public property, the city Parks Department told the New York Post.

A resident at the apartment complex on Palisades Avenue, Miriam Allen, told the newspaper that Asian Horned Beetles had been eating at trees within the property. She said she called 311 about the issue but no action was taken.

‘Everybody was screaming, “Help! Help!” Allen, who lives on the third floor, told the newspaper. ‘My windows were open, so I heard everything immediately. I looked down and I saw the tree in the swimming pool. I knew there was three or four people in it.’