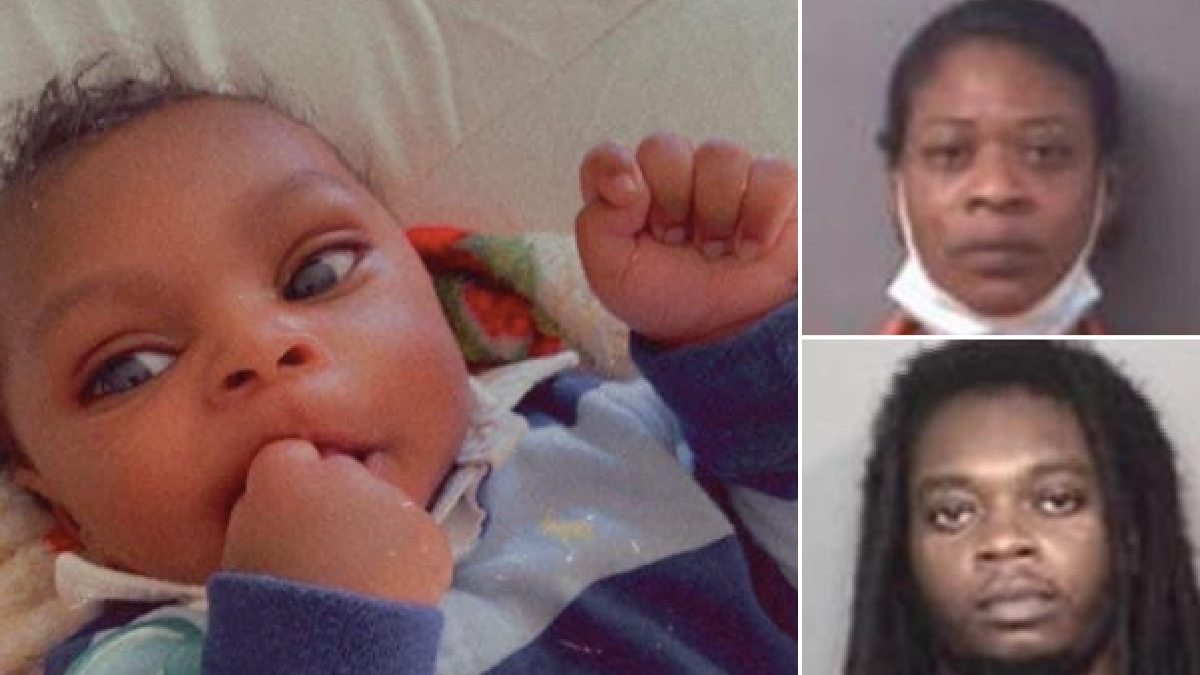 A woman tried to kill her boyfriend’s baby boy by leaving him out overnight in the freezing cold, it is alleged. Amari Sanders had to be rushed to hospital for emergency treatment after Keosha Parker left the 10 month-old in chilly weather for hours outside a hotel in Wilson, North Carolina, last Thursday night, police say.

Parker and Amari’s father Daryl Barnes are accused of taking Amari from his mother Dominique Sanders after Sanders and Barnes argued. Parker is alleged to have crept in through a broken window of the hotel room where Sanders was staying, before taking Amari.

The infant’s mom woke up the next morning, and raised the alarm on realizing that her son was missing. Police arrived at the scene and reviewed security footage, which enabled them to find Amari outside in the grounds of the hotel.

The freezing baby was taken to hospital for treatment for exposure. He is expected to make a full recovery from his injuries.

Sanders said of Parker’s alleged abduction: ‘She’s only been around my child like twice, so I never thought they would do anything like that. It hurts, knowing that somebody would do that type of thing to somebody that they know.’

Sharing an update on Amari’s condition, the mother continued: ‘He’s good. He’s been up, laughing because my baby is playful. He likes to laugh and smile.’

No motive for the alleged abduction has been given, with the pair both held in jail ahead of their next court appearance.