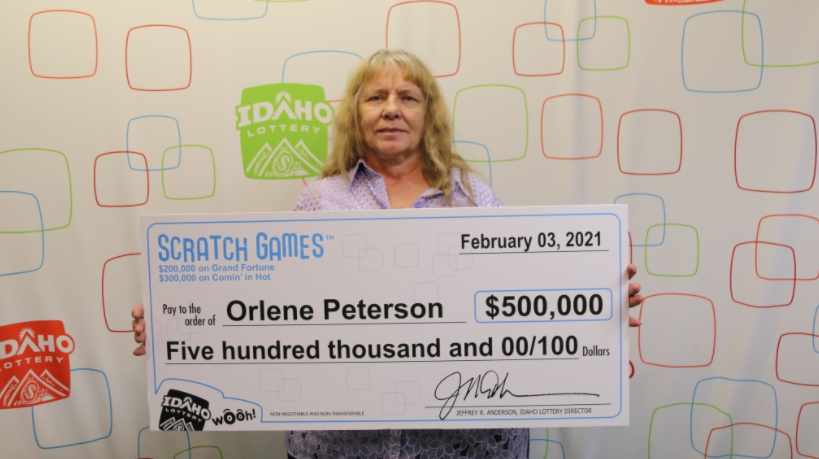 A very lucky gambler won two impressive six-figure lottery jackpots from two separate tickets bought in different shops a day apart. Orlene Peterson bagged her first win, a cool $200,000, after picking up a Grand Fortune scratch-off ticket from a store near her home in Hayden, Idaho, towards the end of January.

She quickly found out the ticket was a winner, and received a message on the store scanner to contact Idaho Lottery headquarters. On realizing how big her win was, Orlene said: ‘I couldn’t believe it.’

Then, in an astonishing stroke of luck, she picked up a separate scratch-off ticket for a game called Comin’ In Hot the next day – and won $300,000 on it.

Recalling her shock at that huge win, Orlene said: ‘When I scanned it and said I had to claim it at the lottery, I thought maybe it was $1,000. I never imagined it would be $300,000 and that it happened again. The next day.’

Officials with the Idaho Lottery say the odds of winning two six-figure sums on two different games bought in two different locations on consecutive days is one in 282.5million.

She says she plans to pay off some bills, buy herself a new truck, and treat herself to a holiday in Las Vegas.

The two stores that sold her the winning tickets will each receive a bonus of $20,000.