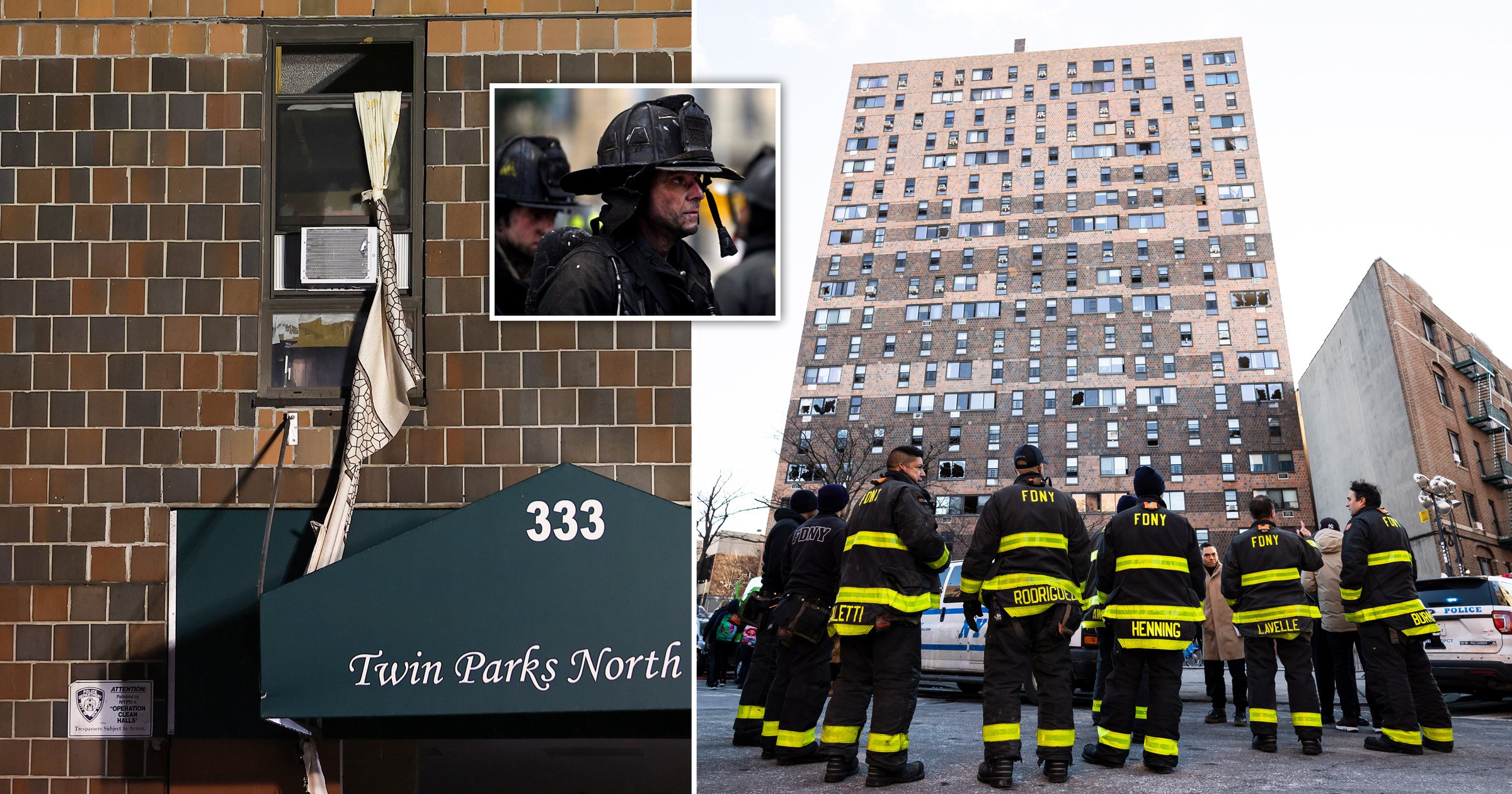 New York City’s deadliest apartment fire in decades, which killed 17 people — including nine children — and injured over 60 others, was caused by a faulty electric space heater, officials said.

New York City Mayor Eric Adams corrected a previous death toll of 19 to 17 on Monday afternoon, but cautioned that more people may die due to their injuries from the fire.

Investigators determined that a malfunctioning space heater, plugged in to provide extra heat on a cold winter morning, was what caught ablaze in the 19-story building on Sunday.

The flames only damaged the duplex the fire started in. While the heater caused the fire to first break, a faulty self-closing door is what caused the smoke to rapidly spread, injuring and killing many residents.

‘The door to that apartment unfortunately when the residents left was left open, it did not close by itself. The smoke spread throughout the building, thus the tremendous loss of life,’ Fire Commissioner Daniel Nigro said.

Officials are now investigating whether the building was following fire safety laws, including whether the fire alarms were functional . One alarm went off and alerted a resident to the rising smoke, prompting a 911 call, Nigro said.

A total of 63 people were injured in the devastating fire, Adams said.

Thirty-two people had been hospitalized with life-threatening injuries and another nine had injuries that were serious.

Names and ages of the victims have not been disclosed, but fire officials confirmed that of the 19 who died from the fire, nine were children.

‘This is going to be one of the worst fires we have witnessed here in modern times in the City of New York,’ Adams said Sunday.

Firefighters continued making rescues even after their air supplies ran out, Adams said.

‘Their oxygen tanks were empty and they still pushed through the smoke,’ Adams said.

It took the efforts of 200 firefighters to bring the fire under control and rescue the building’s residents. The Fire Department of New York (FDNY) described the incident as a five-alarm fire, the most severe category of fire.

Both Nigro and Adams called Sunday’s fire one of the worst the city has seen in at least three decades. Over 30 years ago, on March, 25, 1990, a fire was intentionally set at the Happy Land social club in the Bronx and 87 people were killed.

Large, new apartment buildings in the city are required to have sprinkler systems and interior doors that swing shut automatically to contain smoke and deprive fires of oxygen, but those rules don’t apply to thousands of the city’s older buildings.

The building is believed to have been built in the 70’s.

The Bronx was also home to a deadly apartment building fire in 2017 that killed 13 people and a 2007 fire, also started by a space heater, that killed nine.