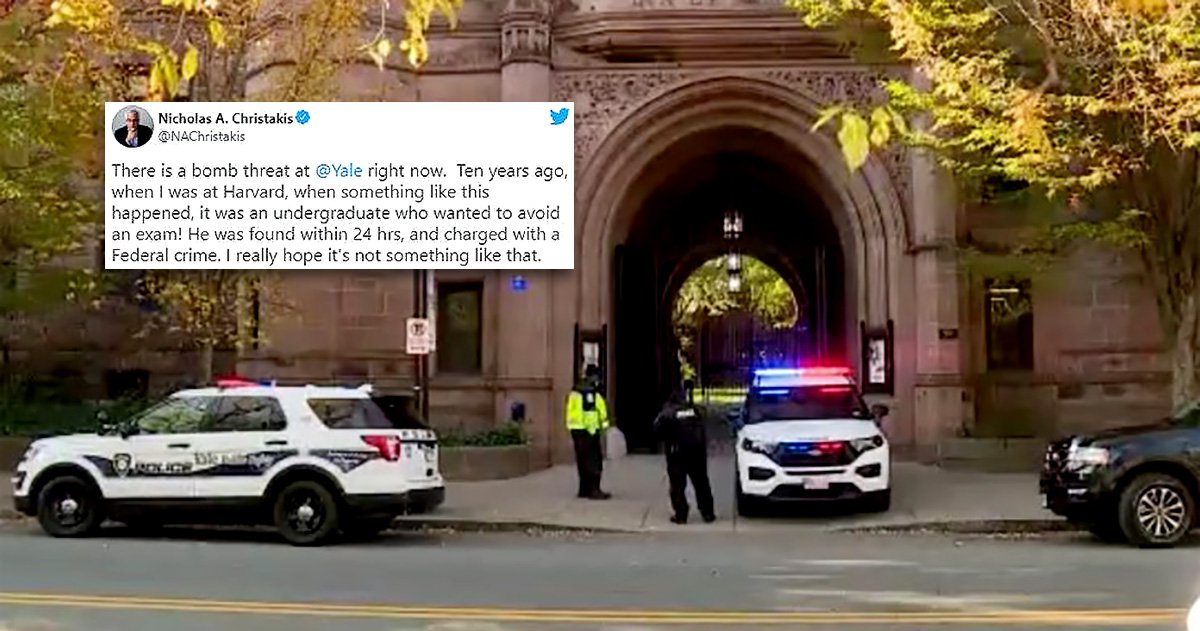 The bomb threats were directed at ‘multiple buildings’ in the Old Campus vicinity as well as the campus in New Haven, Connecticut, according to the Yale Daily News.

A caller at 1.51pm local time said that ’40 bombs’ were hidden around the campus, police told the New Haven Independent.

An alert on the bomb threat was sent at 2.35pm local time and instructed students to avoid the suspected areas.

Students and staff were reportedly told to gather at the New Haven Green.