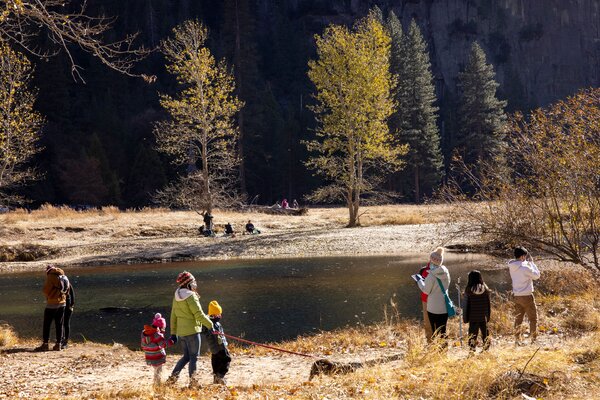 Reservations will be required for day visitors to Yosemite National Park beginning next month, the park said on Thursday, a system that officials hope will reduce the risk of Covid-19 exposure as the demand for domestic travel increases around the United States.

Yosemite, in central California, has seen more than four million annual visitors in recent years, with people drawn to its giant sequoia groves, wilderness and waterfalls. Last year, that number was cut nearly in half, according to the National Park Service.

“The health and safety of park visitors, employees and partners continues to be our number one priority,” the park said. It added that it would continue to work with local public health officials to ensure that visitation would not overwhelm the region’s “limited rural health care system.”

Travel across the United States has been on the rise in recent weeks, and travel experts expect domestic travel this summer to grow to within 5 percent of prepandemic levels.

On March 12, more than 1.3 million people passed through U.S. airports, the highest number on any day since March 2020. Airlines have also added new flight routes and revived old ones, another sign that demand is picking up as national vaccination rates rise.