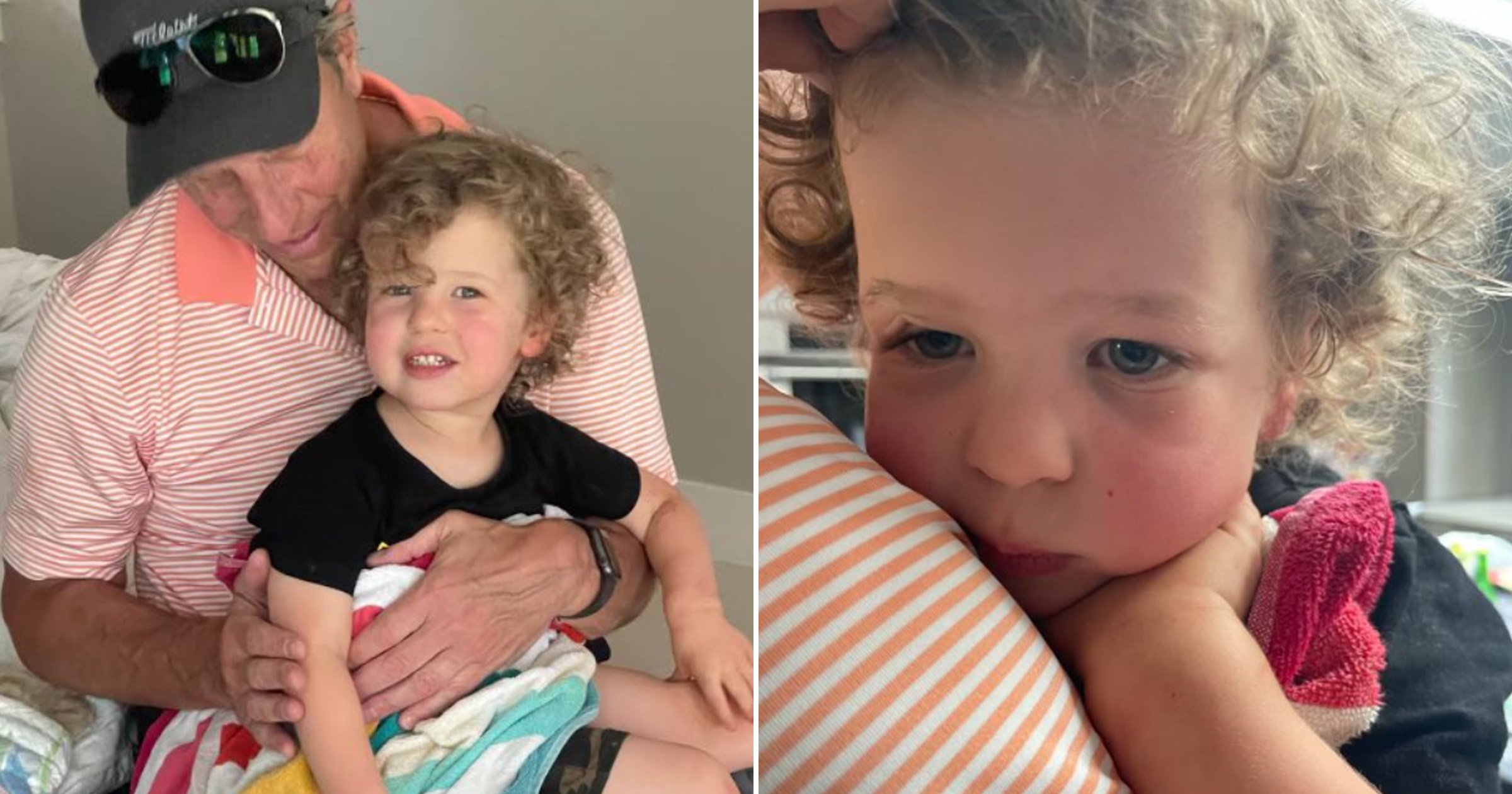 A little boy has been reunited with his grandparents after being found all by himself during the chaos of America’s latest mass shooting.

Strangers at the Fourth of July parade at Highland Park, Illinois, took the child to safety amid yesterday’s rampage.

The boy was grabbed by a local chef as a gunman started opening fire with a high-powered rifle from a nearby rooftop.

Blood stains could be seen covering the child’s leg and shoes, but it was unclear if the blood was his or someone else’s.

He has since been reunited with his grandparents at a local hospital, but it is unclear whether he was with them or his parents at the parade.

CBS Chicago’s Jackie Kostek shared photos of the boy in an attempt to find his family, writing: ‘Do you know this child?

‘A Highland Park chef says the child is safe but with strangers after the shooting.’

Six people are dead and at least 31 others have been seriously injured following the massacre in the affluent Chicago suburb. 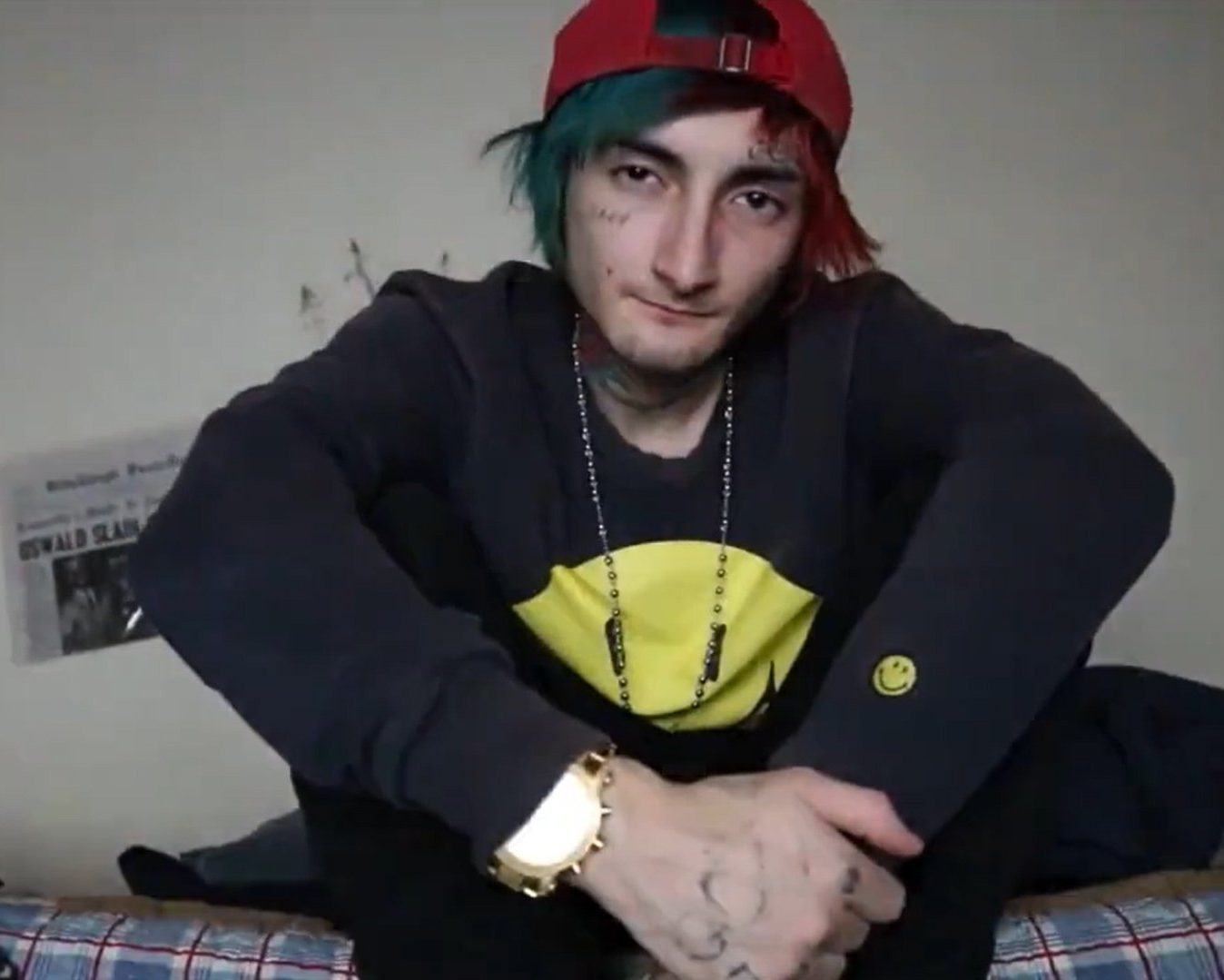 Shots were fired about 10 minutes after the parade started at 10am local time, and a Klezmer band continued to play momentarily, seemingly unaware of the shooting.

Robert E Crimo III, 22 – a musician known as ‘Awake the Rapper’ – was later arrested after a brief police chase that ended in north suburban Lake Forest.

Gina Troiani and her son were lined up with his daycare class ready to walk onto the parade route when she heard a loud bang.

At first she thought the noise was fireworks, until she heard people screaming and yelling about a shooter.

‘We just start running in the opposite direction,’ she said.

Her five-year-old son was riding his bike decorated with red and blue curled ribbons, and he and his fellow children were carrying small American flags.

Details of the event posted online said there was meant to be a children’s bike and pet parade.

Gina recalled how she pushed her son’s bike during the rampage and ran through the neighbourhood to get back to their car.

‘It was just sort of chaos,’ she said. ‘There were people that got separated from their families, looking for them. Others just dropped their wagons, grabbed their kids and started running.’

Matt Phillip, director of a tasting room at Lynfred Winery, said he heard ‘what sounded like fireworks’ before seeing people ‘running down the street.’

‘We opened our doors so they could either seek shelter within our facility or exit through our back-alley door,’ he added.

Matt said that 30 people sheltered in the store for approximately 15 minutes.

Miles Zaremsky, who has lived in the neighborhood since the 1960s says he saw the crowd ‘stampeding’ and could see ‘blood on people’s bodies’.

‘Two or three people looked deceased to me[around 25 to 40 years of age]. It was absolutely disgusting and gut-wrenching and I was sick to my stomach,’ he said.

‘I did see a little boy [covered in blood] in his parents’ arms who looked [pale]. They were yelling for medics … It’s surreal, it’s like out of a science fiction but it is real.’

Highland Park resident Debbie Glickman was on a parade float with coworkers when she saw people running from the area.

So far this year, there have been 313 mass shootings in the US, with an average of 11 per week, according to the Gun Violence Archive.

President Joe Biden says he was ‘shocked’ by the Highland Park massacre, which was the 15th mass killing of 2022.

He called the attack another example of ‘senseless gun violence that has yet again brought grief to an American community’.