SAO PAULO (Reuters) – Brazilian airline Azul SA on Monday made a new attempt to purchase some of bankrupt airline Avianca Brasil’s most coveted routes, offering $145 million and reversing a decision not to participate. 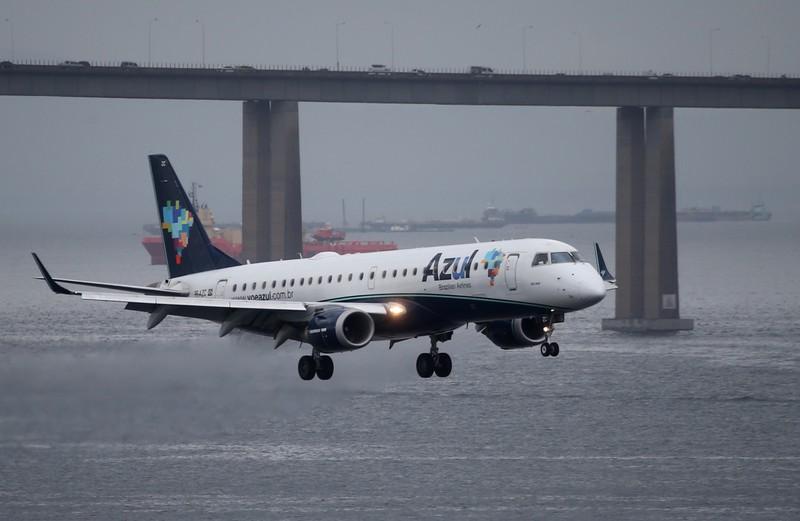 Avianca Brasil filed for bankruptcy protection in December, setting off a fierce battle for its airport slots, the rights to land and depart in crowded airports, which were expected to be sold at a bankruptcy auction that was suspended indefinitely.

On Monday afternoon, Avianca Brasil’s pilots and aircraft crew said through their union that they would hold an indefinite general strike on Friday, citing recurring delays in payroll. The carrier’s fleet is down to fewer than 10 planes, which has already disrupted air travel in Brazil but also made it difficult for the carrier to raise much-needed cash.

Azul had been interested in Avianca Brasil’s slots because it would allow the carrier to break into the profitable route between domestic airports in Sao Paulo and Rio de Janeiro, one of the most densely flown in the world.

Azul, Brazil’s No. 3 airline, is now proposing to buy slots for some 28 flights a day between the two Brazilian cities, according to court filings. But it is unclear if it will be accepted and the plan remains in the hands of a Brazilian judge.

Azul had bid $105 million for the routes, it said in a March filing.

Azul had been out of the picture for weeks regarding its role in Avianca Brasil’s auction, outbid by its two larger competitors, Gol Linhas Aereas Inteligentes SA and Latam Airlines Group, which already dominate flights between Sao Paulo and Rio de Janeiro.

The two airlines bid a combined $140 million last month, with each contributing $70 million. Azul’s new proposal is now $5 million higher than what Gol and Latam offered.

Azul had been noncommittal recently on whether it would still participate.

“It’s Brazil, man. Everything is on the table,” Azul Chief Executive Officer John Rodgerson said in a conference call with analysts last week.

The plan by Gol and Latam caused a rift among the carriers, and led Azul to leave airline industry group ABEAR, in which Gol and Latam are also members, and to deny any further interest in the assets and criticize its competitors.

“Essentially what they did was they had a shutdown plan to keep us out,” Rodgerson said last week in an interview, referring to Gol and Latam. “I think the way they acted was inappropriate.”

Avianca Brasil and better-known Avianca Holdings SA, which is based in Colombia, share a corporate parent, Synergy Group.