The first topic Donald Trump mentioned when announcing his candidacy for president in June 2015 was China. “They kill us” on trade, he said, and promised to fix that. 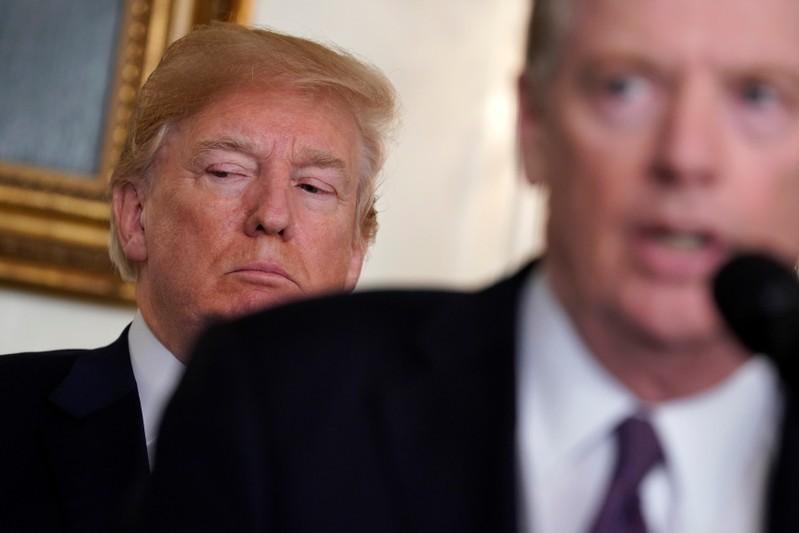 Two years into his presidency, repairing U.S.-China trade is a work in progress. Trump has awakened the United States and much of the West to a problem ignored for too long, which is a good thing. But through words and actions, he has also hurt efforts to resolve it.

After unfruitful talks deteriorated into tit-for-tat tariffs this year, the two sides announced a 90-day truce on Dec. 1, ostensibly to work toward a comprehensive agreement to fix decades of what the United States sees as bad trade behavior by Beijing. Good luck with that. Even U.S. Trade Representative Robert Lighthizer, who is one of the most experienced people working on the problem, doesn’t seem optimistic about a deal by the deadline.

The salient problem is Beijing’s state-sponsored theft of U.S. technology. Washington now calls this a national security threat, an escalation in terminology that all but eliminates the possibility that trade between the two will return to business as usual any time soon, let alone in 90 days. This view of Beijing began taking shape during the Obama administration and a wide, bipartisan swath of the U.S. establishment now shares it. This means that any “agreement” Trump and Chinese President Xi Jinping may reach at the end of the 90 days will simply be a face-saving exercise.

The real agreement will more likely be to continue working on the problem. A total break in trade or even discussions about it is neither feasible nor beneficial for either side – but so long as Beijing continues the assertive, confrontational approach it has begun under Xi, Trump has to respond firmly.

First, he must mend fences with U.S. allies and friends. His words and behavior toward some have been appalling. Generations of Americans have fought side-by-side with many of these partners over the last century. Trump wasn’t elected to break those bonds. Diplomacy and leadership, in both word and deed, is critical. If he thinks multilateral relationships are expensive, he should try not having them. The United States will need all the help it can get to address China’s trade behavior.

Second, Trump must leave the Huawei criminal investigation to the Department of Justice – it’s not a bargaining chip, as he suggested to Reuters it might be. America’s faithful ally, Canada (see above), went all-in supporting U.S. rule of law – Canadian Prime Minister Justin Trudeau’s comments about the issue were pitch perfect – and Beijing effectively took Canadian hostages in reprisal. There’s nothing for Trump to negotiate. He has to state in no uncertain terms that the United States stands with Canada. Trade talks are solely about trade.

Third, he must level with the American people about what’s ahead. It’s inconceivable that the United States won’t experience some economic dislocation and pain in a prolonged trade war or realignment of global trade flows. Trump has to tell the country that it may be tough going for a while, but the economy is resilient and U.S. businesspeople are the most innovative and competitive in the world. The country will adjust and get through it. But people need to prepare.

To rally support for his tough approach, Trump has to tell Americans that not doing something about problems with China today, of which trade is just one, will mean far worse consequences a decade or two from now. He needs to bring the American public into the “war,” for lack of a better word. Not resolving the trade problem with Beijing now will lead to a darker and less free world in the decades to come.