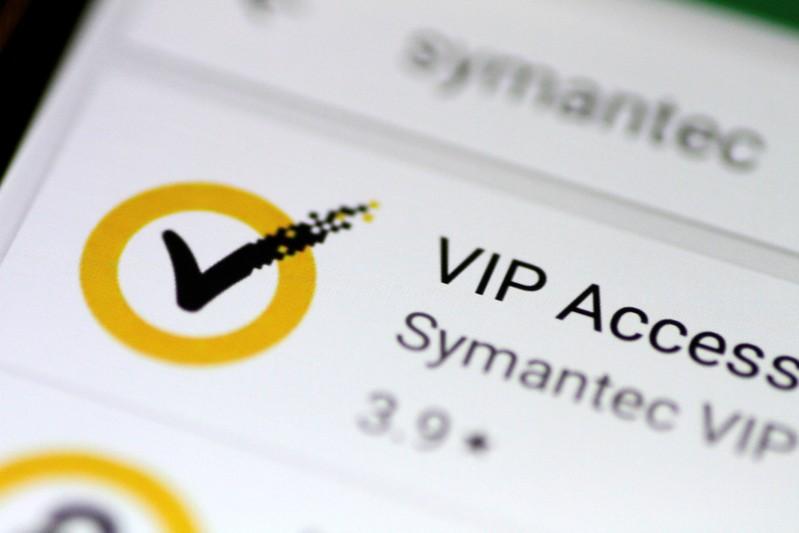 A deal could be the largest leveraged buyout this year, based on Symantec’s market value of about $15 billion and total debt of approximately $5 billion. It would come as Symantec seeks to regain its footing in a crowded cyber security market following a string of acquisitions, including the $4.65 billion purchase of cyber security firm Blue Coat Inc in 2016.

There is no certainty that the discussions between Thoma Bravo and Symantec will lead to a deal, the sources said, asking not to be identified because the matter is confidential.

Symantec shares jumped as much as 18 percent after Reuters reported the approach and were up $2.72 at $22.75 in early afternoon trade.

“We believe in an acquisition Symantec could see a valuation in the $26-$30 range given past M&A activity/valuations in cyber security coupled by the company’s strong installed base and expansive product suite,” Wedbush Securities analysts wrote in a research note.

Private equity firms Bain Capital and Silver Lake are also investors in Symantec. They could choose to participate in the deal as equity investors, as opposed to cashing out, according to one of the sources.

Technology has been a rich playing field for private equity in the past few years, most notably with computer maker Dell Inc’s almost $25 billion deal to go private in 2013.

Thoma Bravo’s overtures are the latest twist in a tumultuous year for Symantec, which has been juggling the needs of individual users and enterprise customers.

The company reached a settlement with Starboard Value LP in September that gave the activist hedge fund three representatives on the company’s board.

It has been seeking to regain investor confidence following an internal accounting investigation and weak revenue forecasts. In August, it said it would cut 8 percent of its workforce worldwide.

Symantec launched a whistleblower investigation in May after a former employee raised concerns about some of its accounting practices, prompting the company’s board to hire an independent counsel and other advisers to assist in the probe.

The company ended the four-month accounting investigation in September, saying it would not restate financial results except for a specific $13 million transaction.

It has also done deals with Symantec in the past, acquiring its web certificates business last year for close to $1 billion.

Symantec became more focused on cybersecurity after it sold its Veritas storage unit for about $7.4 billion to private equity firm Carlyle Group LP (CG.O) in 2016.