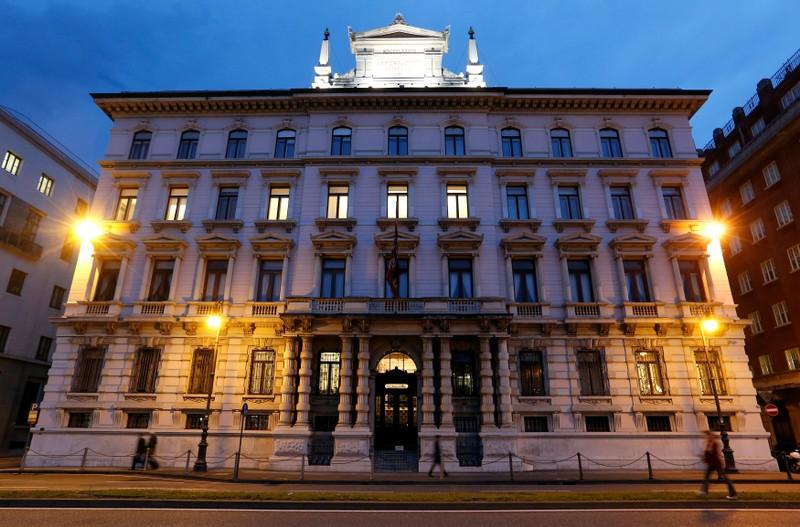 Mediobanca, the leading shareholder in Generali with a 13.5 percent stake, was for years at the heart of Italian finance with key stakes in a number of leading companies.

But in recent years it has sold most of those stakes to focus on traditional banking and boost fee-based businesses.

“We are looking at mid-size deals but we’re also prepared to use our Generali shares for something bigger, (selling off) even more than 3 percent,” he said.

The bank had previously said it would sell down a 3 percent stake in Generali by June this year. But on Thursday Nagel said selling down the stake would now be tied to deal opportunities.

The aim is to boost the bank’s fee-based operations with a focus on distribution assets in Italy to grow wealth management and capital-light advisory services, he said.

A source recently told Reuters the bank was close to clinching a deal to buy an advisory unit in southern Europe.

Mediobanca, which said earlier on Thursday it had posted record first-half revenue, had a CET1 ratio – an indicator of financial strength – of 13.9 percent at the end of December, well above regulatory requirements.

Net profit in the second quarter to Dec. 31 rose to 205.1 million euros ($233 million), topping the 183 million euros expected by analysts in a forecast provided by the bank.

“The results are better than our and consensus expectations, despite tough market conditions,” bank analysts at Kepler said.

At 1433 GMT Mediobanca shares were up 0.6 percent while Europe’s banking index was down 0.9 percent.