SYDNEY (Reuters) – An Australian regulator said it will review its approval for Crown Resorts’ $1.5 billion casino being built in Sydney, after the gambling giant’s founder James Packer sold nearly half his stake in the company to Hong Kong’s Melco Resorts. 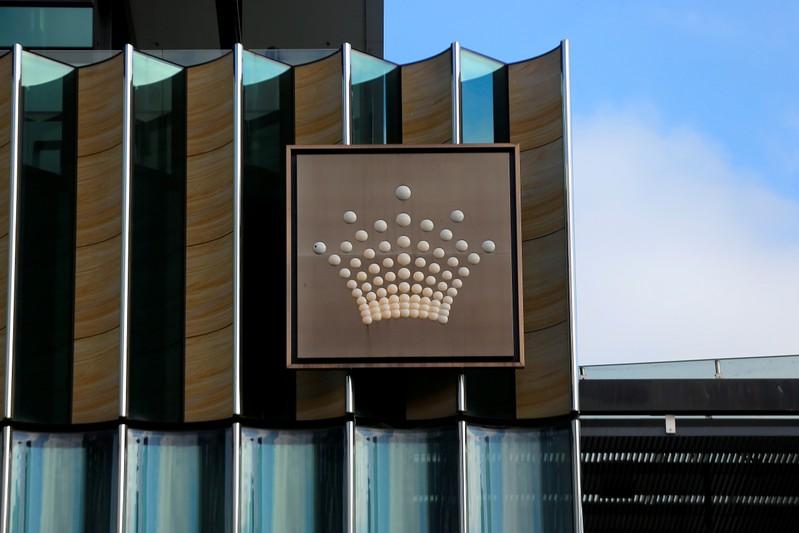 The New South Wales gambling regulator had given its nod in 2014 to Crown’s prized growth prospect on condition Crown would not do business with the father of Melco CEO Lawrence Ho, Stanley Ho, who at the time under investigation in Australia and the United States for possible ties to organized crime.

But the latest move by billionaire Packer to sell 19.99% of Crown, nearly half his 47% stake, to Melco Resorts & Entertainment Ltd plunges into uncertainty Packer’s pet project – the 75-floor tower-to-be on the Sydney waterfront aimed at luring wealthy Chinese gamblers.

The New South Wales gambling regulator said in an email that it would “now review all relevant issues when considering the required approvals and probity checks”. The regulator said it had “carefully considered” Crown’s relationship with Melco.

A Crown spokesman declined to comment on the approval.

The regulatory risk adds to worries of Crown investors that Packer’s stake sale to Melco at A$13 a share would lessen the chances of a full takeover. A month earlier, Crown revealed that Wynn Resorts Ltd had made an approach to buy the whole company for A$10 billion or $A14.75 per share.

If Melco CEO Lawrence Ho “buys any more it obviously becomes a bit harder for him to go further unless he’s committed to doing something much bigger”, said Angus Gluskie, portfolio manager at White Funds Management, which owns Crown shares.

“This would also block out a bid coming back from Wynn probably,” Gluskie added. In Australia, 19.99% is the biggest shareholding an entity can own in a company before being required to make a formal takeover offer.

As to whether the New South Wales regulator would let Crown keep building its skyscraper with Melco’s involvement, “people aren’t certain of the answer yet”, Gluskie added.

Crown shares on Friday hit their lowest since April 8, the day before Crown disclosed Wynn’s indicative offer, in a broader market that was flat.

Lawrence Ho has told Reuters that he plans to increase Melco’s stake in Crown but would first submit applications with the regulators. Melco would also seek seats on the Crown board.

Any major deal involving an overseas investor must be cleared by Australia’s foreign investment regulator.

Separately, Crown is also required to undergo a review in Victoria state every five years to ensure it can continue to run a casino there. Its biggest operating Australian casino is in the city of Melbourne.

The Victorian regulator said the purchase of Crown shares by Melco would require its approval, but did not comment further.

Packer’s decision to sell Crown shares to Melco marks a reversal of the relationship between the companies.

Crown had dumped a one-third stake in Macau-focused Melco after the 2016 arrest of nearly two dozen Crown staff in China on suspicion of violating a ban on gambling advertising.

Since then, Crown has focused on the domestic market, while Packer, who is battling mental health issues, has stepped down as the company’s executive chairman and director. He also quit the board of Consolidated Press Holdings, his private investment vehicle, through which he owns his Crown stake.