Abortion foes in state legislatures seem awfully sure of themselves lately. By passing bills that would severely restrict abortion, lawmakers in Alabama and Georgia have in effect asked the Supreme Court not only to overturn Roe v. Wade immediately, but also to recognize the personhood of the fetus. The history of the abortion debate suggests, though, that by going as far as these measures do, anti-abortion legislators may have overplayed their hand.

Start with the idea of fetal personhood. Both the Alabama and Georgia measures rely on the concept of “natural law”— unchanging moral principles that have supposedly existed since before the Constitution — to support the idea that a fetus is a person. But these kinds of arguments don’t have a record of judicial success.

Natural law-based arguments for fetal personhood were pursued by anti-abortion scholars and jurists for much of the 1960s and 1970s to little avail. These anti-abortion scholars avoided originalism, the prevailing conservative approach to constitutional interpretation, and instead focused on rebuking the Supreme Court for not recognizing the fundamental right to life that would have made all abortions illegal, including in the Roe case.

By the early 1980s, abortion foes generally gave up on this strategy. That’s because neither judges nor many other conservative lawyers, it seems, felt fully comfortable with recognizing rights not detailed in the text or history of the Constitution. After all, conservatives had long invoked the specter of judicial activism in criticizing their liberal colleagues, including those who issued the Roe decision.

And, as abortion opponents grudgingly recognized, natural law could open a Pandora’s box. If the Supreme Court recognized fetal personhood, the justices would probably subsequently confront claims about fetal rights in a variety of contexts, from Social Security benefits to tax law. Very early on, conservative originalist jurists like Justice Antonin Scalia called on the court to “get out of this area.” It was hard to imagine judges wanting to take on the even messier project of developing a fetal personhood jurisprudence.

And so abortion foes turned to originalism-based arguments that stressed that the law did not recognize a right to abortion at the time the 14th Amendment — whose due process clause was the basis of Roe’s privacy right — was ratified. These promised a constrained court, one that was above politics. But these aren’t the arguments that lawmakers in Alabama and Georgia are making.

What’s more, Alabama’s law, rather than claiming to protect both women and fetal life, instead casts abortion as a zero-sum game, chastising “abortion opponents” as those who would “speak to women’s rights,” but “ignore the unborn child.” Many of the other “heartbeat” laws around the country similarly focus almost exclusively on fetal rights.

This approach ignores what many anti-abortion lawyers believed to be the lesson of Planned Parenthood v. Casey, the Supreme Court’s 1992 decision preserving Roe. At the time that Casey was being decided, many expected the justices to reverse Roe. In earlier decisions, the court had upheld abortion restrictions and suggested that Roe was incoherent and potentially unworkable and that the reasoning underlying it was unpersuasive.

When the justices defied predictions, establishment anti-abortion organizations believed that they knew where they had gone wrong. Groups like Americans United for Life and the National Right to Life Committee concluded that abortion would remain legal in the United States unless those against abortion could prove that the procedure hurt women. That’s because in explaining its decision in Casey, the court emphasized women’s reliance on the procedure.

“For two decades of economic and social developments, people have organized intimate relationships and made choices that define their views of themselves and their places in society in reliance on the availability of abortion,” the ruling said.

Abortion foes thought arguments about protecting women were important politically, too. In 1997, at a meeting of Life Forum, a secret gathering where abortion opponents exchanged strategy tips, Clarke Forsythe of Americans United for Life stressed that many voters believed the procedure to be a necessary evil. He predicted a backlash if his side did not manage to show that abortion was neither necessary nor beneficial for women.

Many in the movement agreed. And so abortion opponents set out to prove the procedure hurt women, making assertions about the risks and regulating clinics so strictly that they were forced to close. The fight was on between the abortion-rights and anti-abortion sides about who could claim to defend women most forcefully. That’s simply not the case for the Alabama and Georgia measures.

One thing is clear: A conservative majority now sits on the Supreme Court, and many expect the justices to overturn Roe for a reason. But as abortion foes learned to their chagrin in 1992, how and when they ask the court to do so matters. Chief Justice John Roberts consistently expresses concern about maintaining the court’s reputation as a nonpartisan institution and just joined the liberal justices in blocking enforcement of a Louisiana law requiring abortion providers to have hospital admitting privileges. Justice Brett Kavanaugh spent much of his confirmation hearing detailing his respect for precedent, especially “super-precedents” like Roe.

None of that changes the fact that Roe is likely to be reversed. But asking the court for too much too soon has backfired before, and it could well again. 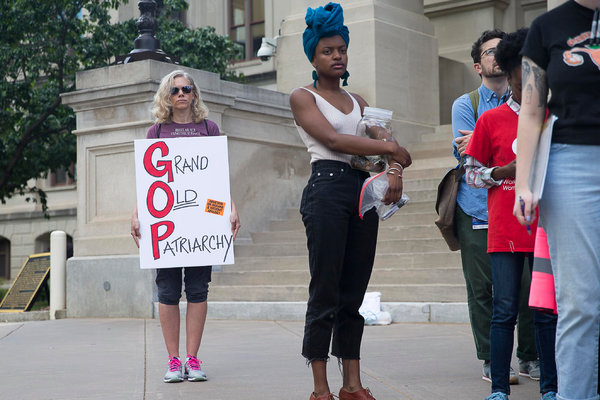 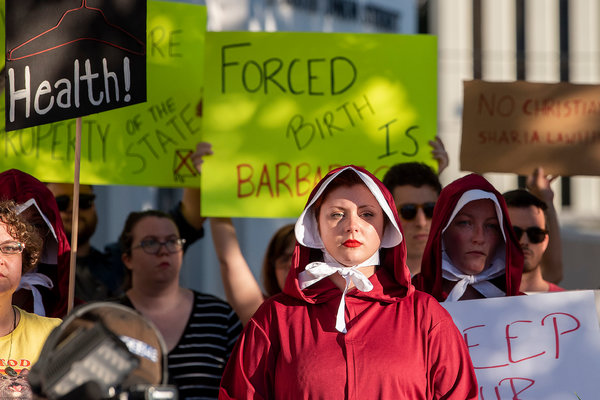 Mary Ziegler, a law professor at Florida State University, is the author of, most recently, “Beyond Abortion: Roe v. Wade and the Fight for Privacy.”