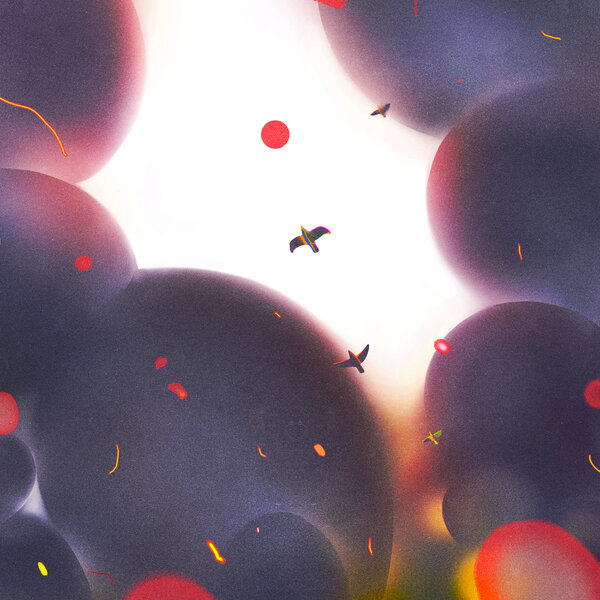 For every thousand people alive on earth, 973 are regularly inhaling toxins. Only 27 are not. Which means, almost certainly, you are too.

Last fall, the World Health Organization lowered its global air quality standard from 10 micrograms of particulate matter per cubic meter to five. Those terms and standards can feel abstract, which makes their meaning a bit hard to fathom. But last month the University of Chicago’s Air Quality Life Index project — the gold standard on global air quality research — released a major update, incorporating the new guidelines and producing that 973 out of 1,000 (97.3 percent) figure.

The harm is most intense in poorer, still-industrializing places. But the revision was especially dramatic, A.Q.L.I. found, in the wealthier parts of the world. In the United States, before the W.H.O. update, about 8 percent of the country was judged to be breathing dirty air; after, the figure was 93 percent. Across Europe, the revision pushed the numbers from 47 percent to 95.5 percent.

According to a separate analysis of the W.H.O. guidelines by the air filter company IQAir, the picture is even worse: No country in the world meets the W.H.O. standard, and only three territories in the entire world feature air that qualifies as healthy. Each is a small island: Puerto Rico, the U.S. Virgin Islands and the French territory of New Caledonia, in the Pacific.

How unhealthy is unhealthy air? A whole spectrum of impacts can fall under that term. But while pollution means something very different in Dallas than it does in Delhi, globally, the impacts are remarkably grim. Perhaps 10 million people worldwide die each year from the acute and cumulative effects of air pollution, and as many as eight million of those deaths are linked to the particulate matter produced from the burning of fossil fuels. That is one death in five.

Some estimates run lower; nearly all of them run into the millions. This is a global toll, each year, to match the pandemic death totals for each of the past two; it is death, each year, at the scale of the Holocaust. And with fossil fuels continuing to burn, the totals add up: Ten million premature deaths every 12 months is 100 million a decade. It is 400 million in my lifetime.

These figures are staggeringly large — indeed, large enough that they make air pollution appear to be a larger threat to human mortality than climate change, whose most intense impacts lie in the future and which nevertheless generates more intense anxiety than pollution right now. This is a paradoxical-seeming effect, at first. But it is also an illustrative one, since threats often appear larger and more profound the farther off they are, and more manageable and even bleakly routine once they arrive.

The immediacy and the bleakness of pollution has suggested, lately, a rhetorical purpose for all that suffering and dying, with new research giving rise to an argument for refashioning climate campaigns as crusades against air pollution — to help generate a feeling of “clear and present danger,” as my colleague Binyamin Appelbaum has put it. I’ve made the same point in the past.

But I also think air pollution points in the opposite direction, unfortunately, as a case study in normalization, since after all, 10 million people are dying annually and it hasn’t yet produced anything like the political mobilizations inspired by climate over the last five years. We may think we discount the future, transfixed in exaggerated horror about the present, and in some cases of course that’s true. But acclimatization comes easily too, and when it comes to disruptive change, normalization is the cheapest adaptation of all.

Pollution deaths rarely if ever show up in coroner’s reports, since, as with many deaths, the etiology is multicausal. In fact, though 40,000 are estimated to die each year from it in the U.K., it was only in 2020 that air pollution was listed for the first time on a death certificate, that of the 9-year-old Ella Adoo-Kissi-Debrah, who has since inspired a landmark bill, called Ella’s Law, to guarantee a British right to clean air. But the science of premature death does not operate by anecdote or coroner’s judgment. More simply, since everyone dies, the question is: When?

A.Q.L.I. maintains a remarkable and easy-to-use tool that allows you to trace that answer down to the county level, all around the world and working back through 24 years of data. Worldwide, life expectancy is being reduced by 2.2 years overall, the equivalent of 17 billion life years lost annually to smog.

In the United States — where separate research has suggested that 350,000 may die annually from pollution produced by the burning of fossil fuels — life expectancy is reduced by 0.2 years overall, according to A.Q.L.I. Perhaps that doesn’t sound like much; by global standards, it isn’t. But for health perhaps especially, relative measures are not the only ones that matter, and averages like these hide large differences between groups and regions. In California the impact is three times larger, and since 1998 the much vaunted air quality improvements throughout the state have not reduced the impact of pollution on mortality at all — it has actually risen, from 0.5 years then to 0.6 today. Today, in a line of counties stretching north from Los Angeles and another bundle north of San Francisco, the average resident would live more than a year longer if local pollution were reduced below the W.H.O. threshold.

In India, according to A.Q.L.I., meeting that standard would extend life spans by more than five years for more than a billion people. In the north of the country, where pollution is worst, air pollution reduces life spans even more significantly: in Delhi, by 10 years; in Bihar, eight; in Uttar Pradesh, eight. And because these are averages, which also account for those for whom the effect is smaller or even zero, it means that many millions could have their lives extended by much more.