SYDNEY, Australia — One of the most quoted lines about Australia goes as follows: “Australia is a lucky country run mainly by second-rate people who share its luck. It lives on other people’s ideas, and, although its ordinary people are adaptable, most of its leaders (in all fields) so lack curiosity about the events that surround them that they are often taken by surprise.”

These words, published in 1964 by the Australian journalist and intellectual Donald Horne in his seminal book “The Lucky Country,” still ring true more than five decades later. Even more so in the current moment, as Australia has grown from a lucky country to perhaps the luckiest.

Australia recently passed Switzerland to become home to the wealthiest people in the world, if considered on the basis of median adult wealth, one of the better measures of wealth among the general populace. Foods once reserved for dinner parties — salmon, avocado, raspberries — are now found in our children’s lunchboxes. More Australians are traveling overseas than ever before, choosing destinations such as the ski fields of Japan because they are cheaper than skiing closer to home. We are a nation of people pretending we are not wealthy, with leaders who indulge us in this fantasy. 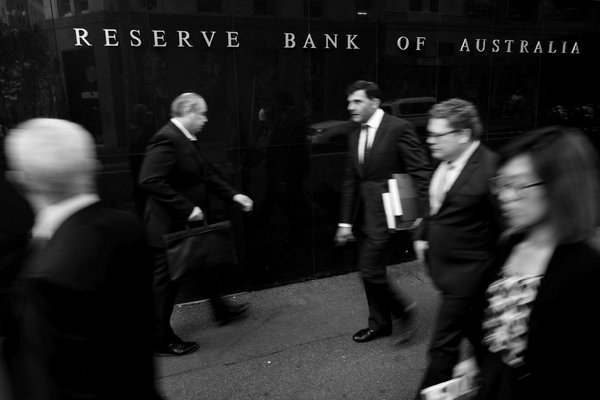 But our growing wealth is distributed in a way that has fed insecurity. A series of real-estate booms have disproportionately excluded the young and less wealthy. This insecurity is fed by political leaders who, in the Australian vernacular, are obliged to indulge even the propertied and privileged in the cognitive dissonance that they are “doing it tough.”

Mr. Morrison’s leadership style has been marked by an appeal to a fictional idea of Australia that is far from our multicultural and highly urbanized reality. His is an Australia of white blokes who love their footy (rugby) and their beer, who still use archaic colloquialisms like “fair dinkum,” (a phrase used to emphasize that what the speaker is saying is genuine and unvarnished), whose highest aspirations in life are cheap electricity and tax breaks on multiple investment properties.

The first months of his leadership have been an embodiment of Donald Horne’s worst fears. In October, Mr. Morrison floated the idea of moving the Australian Embassy in Israel from Tel Aviv to Jerusalem (“other people’s ideas” — in this case, President Trump’s) and was taken aback when it angered our near neighbor and close trading partner Indonesia (“taken by surprise”).

Not long after, senators from his party voted in favor of a motion by a far-right politician stating that it is “O.K. to be white,” a meme popular with white supremacists on the internet, and condemning “the deplorable rise of anti-white racism.” This vote was later explained away as an “administrative process failure.”

Mr. Morrison spent early November undertaking a fair dinkum bus tour of the northern state of Queensland, with copious photo opportunities of him fair dinkum eating meat pies and drinking beer. During the tour it became apparent that rather than traveling on the tour bus plastered with his likeness, he was in fact flying between destinations on a Royal Australian Air Force V.I.P. jet.

A recent survey of Australians by the Australian National University captures the declining confidence in our political leaders, a disease that is not unique to Australia of course. The Australian Values Study released in October notes, “Although Australians remain supportive of the concept of democracy and broadly satisfied with how the political system is operating, their confidence in specific political organizations continues to fall.”

Recent years have been ones of good luck, but also thwarted opportunity. We have become a Ponzi scheme of a nation where every problem can be solved by ever rising property prices — that’s how we build personal wealth and accumulate tax revenue, which is then fed back into the system to further inflate prices.

We have become a funny sort of wealthy. A country wealthy enough to offer corporate tax cuts and subsidies to the coal industry, but not wealthy enough to afford action on climate change or high-quality care for the elderly. A country where those living in poverty on unemployment benefits get too much, but those with investments in real estate and stocks are still “doing it tough,” and should not lose their tax breaks, because that would be “the politics of envy.”

What I am saying should not be mistaken for cultural cringe, another Australian disease in which we think ourselves lesser than the grander cultures of elsewhere. I am not saying the country where I have gladly chosen to spend my life should be more like the United States, or more like Britain. I have much higher hopes for my country than that.

We are better than our government, and better than our worst impulses. If we can shake off the small thinking of our leaders, we can provide a model of a way forward for other countries, at a time when the world is struggling with political volatility, extremism and a sense that worse is to come.

Beyond the current malaise, our system has much to recommend it. We have compulsory voting — on paper ballots, on a Saturday — which we treat as a community event as much as an administrative task. We have universal health care, in which access to coverage is not linked to employment, so people are freer to change jobs and start their own businesses without worrying about their health. Our crime rates are low, and we have strict gun laws, which were introduced by a conservative leader and are embraced by almost all.

But if we are to provide leadership to other countries, we need to let go of the fantasies of the past, face our new reality, grow up, be serious, be brave and demand leaders who are not less than this.

Or perhaps we will have to leave that job to New Zealand.

Lisa Pryor, a medical doctor, is the author, most recently, of “A Small Book About Drugs” and a contributing opinion writer.