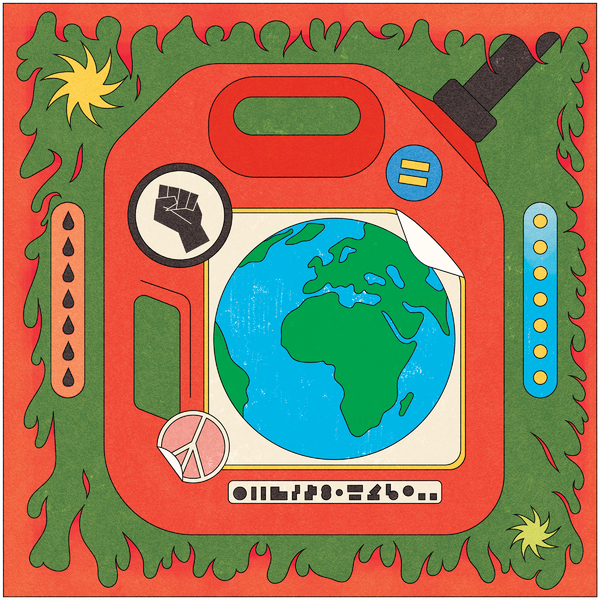 Ms. Phillips-Fein is the author of “Invisible Hands: The Businessmen’s Crusade Against the New Deal.”

When Larry Fink, the chief executive of the asset management company BlackRock, wrote in his 2022 annual letter to corporate America that prioritizing environmental sustainability, racial justice and other social goals is not “woke” and “not about politics,” he articulated anew a longstanding hope that business can be a driver for social change.

Mr. Fink’s hymn to stakeholder capitalism — the idea that companies should engage the interests of workers, the environment and local communities alongside shareholders — puts forward a vision in which there is no necessary tension between private profit and collective progress.

In recent years, with traditional engines of progress so often in a state of dysfunction and gridlock, this ideal has appealed to some liberals. After all, even with unified party control in Washington, Democratic senators like Joseph Manchin of West Virginia and Kyrsten Sinema of Arizona have been able to stymie legislation that would protect voting rights and take tentative steps toward addressing climate change. And despite the increasingly favorable perceptions of unions, only about 6 percent of private sector workers are members today — the lowest proportion in more than 100 years. Against such a backdrop, it’s tempting to see hedge funds as a better bet.

But, however seductive it may be, stakeholder capitalism does not offer a real alternative. The ideal of an easy symbiosis between public and private sectors would undermine the kinds of political mobilizations, however difficult to organize and enact, that are needed for reform that benefits most Americans.

Historically, some private companies have occasionally supported goals like health and safety legislation to protect workers or the expansion of the welfare state through unemployment insurance and Social Security. But it has very often followed from focused, tireless efforts by unions and other social movements to get them to take these positions — and only when the disruptions have become so powerful that there appears to be no real choice and adoption offers companies a measure of control.

Mr. Fink’s vision is not new. At the close of the 19th century, after years of intense conflict with workers who sought to organize unions to secure higher wages, shorter work hours and basic safety provisions, a few business executives founded the National Civic Federation. It promoted negotiation between executives and representatives of workers deemed politically reliable. But the federation became increasingly focused on anti-socialist and anti-communist agitation, while the post-World War I labor movement collapsed.

The disaster of the Great Depression prompted some companies to back greater government regulation of economic life. Executives at firms like General Electric supported programs like Social Security in part because they recognized that the mass movements of the era — marches of the unemployed, sit-down strikes and other work disruptions — were potentially explosive if concessions were not made to working-class Americans.

But this alliance proved fleeting: Companies that supported reforms in the depths of the Depression no longer did once they saw other options. General Electric turned on its unions after a strike wave in 1946, relocating plants to the Southwest, where laws favored employers, and adopting hard-line bargaining strategies to weaken the electrical workers’ union.

In the late 1960s, after the legal victories of the civil rights movement in the South, the rise of Black power and uprisings of the decade in cities across the country, some corporate leaders suggested that they would do more to try to fight urban poverty — committing to hiring and training the long-term unemployed and to making philanthropic contributions. At the high point of protest against the Vietnam War, some business leaders tried to rally support for ending the war; one organization, Business Executives Move for Vietnam Peace, included almost 1,000 business leaders.

Today, some of the wealthiest Americans may be growing uncomfortable with the political destabilization that can accompany extreme inequality, and some may be anxious about the impact of climate change on their ability to generate profits. But this does not mean that they are eager to do the kinds of things that might actually address inequality or provide a meaningful way forward to a world less in danger of destroying itself. Mr. Fink’s letter may be partly born of good intentions, but the opposition of the Business Roundtable (whose members lead many of the economy’s largest corporations, including BlackRock) to potential corporate tax increases in Build Back Better played a key role in squashing it — and its relatively limited climate proposals.