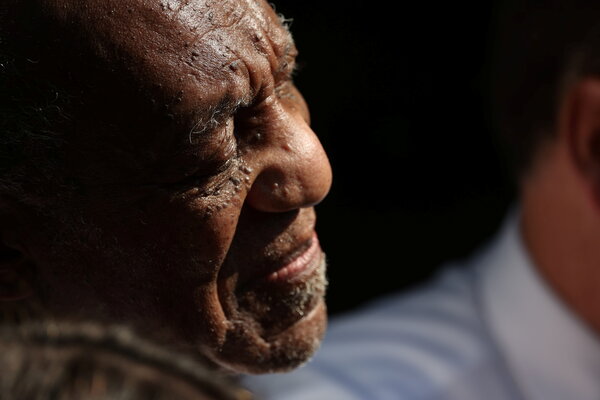 Re “Cosby Is Freed After Reversal by State Court” (front page, July 1):

The Pennsylvania Supreme Court may have sprung Bill Cosby from a brick-and-mortar jail by overturning his 2018 conviction for sexual assault on technical legal grounds, but neither it nor anyone else can release him from the prison of disgrace he sentenced himself and his legacy to by his unforgivable behavior.

He betrayed not only his marital vows and the trust of a young woman he was convicted of drugging and sexually attacking, but he broke faith with untold millions of viewers who held him up as a model of fatherhood, a fictional character children often dreamed of having as a real parent and someone parents themselves strove to emulate in real life.

Beyond that, he also robbed the many people who worked in front of and behind the camera on his television programs from having their talents displayed on a more ubiquitous basis in lucrative reruns, with the hugely popular “Cosby Show,” for one, being pulled from several networks and venues because of the sexual assault cases.

Overriding that is the incalculable damage that he has inflicted upon the cause of other sexual assault victims who may now be hesitant to step forward.

Bill Cosby was acting when he played an upstanding husband and father, but we had no idea just how much. He will never be a truly free man, nor does he deserve to be.

Greg Joseph
Sun City, Ariz.
The writer was a television critic for The Arizona Republic and The San Diego Tribune.

The recent decision by the Pennsylvania Supreme Court reversing the conviction of Bill Cosby should be praised by more than Mr. Cosby and his lawyers. Those of us who welcomed his conviction were uncomfortably reminded that many of the facts that supported the conviction were obtained by breaking a promise made to him.

The court upheld the right protecting individuals against self-incrimination, which is one of the miracles of our justice system. While it sometimes shields the most hideous people from punishment, it protects all of us from the abuse of power of government to intrude into our lives.

James Williams
Mountainside, N.J.
The writer is a retired lawyer.

Re “Bracing for the Worst at a State’s Last Abortion Clinic” (Opinion guest essay, June 10):

Shannon Brewer says it all in two lines: “What really haunts me are the women I never see — the ones who can’t make it” and “abortion is absolutely a racial and economic justice issue.”

As one of the diminishing number of living survivors of pre-Roe abortions, I can promise you that the return to those dark days will mean that increasing numbers of women will die. And they won’t be the rich or even minimally well-off, who will always be able to access safe abortions, even at significant cost.

They will be poor, powerless and disproportionately women of color. Growing numbers will die from botched attempts to self-abort or at the hands of unsafe abortionists; others will sink under the burden of unwanted, unsupported children.

Sixty-plus years ago the man who raped me, a prominent businessman, handed me $100 to cover the kitchen-table abortion, which, against the odds, I survived. His money also funded the politicians who perpetuated the cycle of anti-women laws finally broken by Roe v. Wade.

The successors to those politicians, still mostly white and male, continue to deny us dignity, well-being and autonomy in the name of some lofty-sounding “protection of the unborn.” Hogwash. Unless we defend the protections that Roe offers and until we write new laws that protect women, not fetuses, heroines like Ms. Brewer will continue to mourn the women who don’t make it.

Fran Moreland Johns
San Francisco
The writer is the author of “Perilous Times: An Inside Look at Abortion Before — and After — Roe v. Wade.”