“Mark’s influence is staggering, far beyond that of anyone else in the private sector or in government,” wrote Chris Hughes, a Facebook founder, of his fellow founder Mark Zuckerberg in an Op-Ed questioning the benefit to society of his former company’s size and power: “It is time to break up Facebook.”

In response, Nick Clegg, Facebook’s current vice president for global affairs and communications, argued that dismantling Facebook would punish its success while doing little to regulate or improve the industry. “What matters is not size, but rather the rights and interests of consumers, and our accountability to the governments and legislators who oversee commerce and communications,” he wrote, while noting that Facebook is “asking for more regulation, not less.”

Readers continued the discussion in responses to both Mr. Hughes and Mr. Clegg. What did they see as the best way to take back their data and protect their privacy? Comments on both Op-Eds are below. They have been edited for length and clarity.

These companies have a democratic function. They are the main instruments of the public sphere. When a tech geek who has little understanding of societal coexistence and politics owns 60 percent of the shares of a company that has serious power over the public discourse, we have a problem. If we want to save democracy, we have to break up Facebook and the like, while also creating smart regulations. — Mike, Baltimore

Facebook wants to have it both ways. It doesn’t want to be viewed as a public space, because then it would be subjected to governmental oversight. On the other hand, it wants to monopolize that community space, deciding for itself how to best monetize and exploit it. While one can argue what the breakup of Facebook’s monopoly might entail, consumers will benefit when power isn’t so concentrated in one corporation. — JRINSC, South Carolina

Facebook is not necessary like a utility. It’s more like cable television. It is entertainment, and not particularly healthy for you. I don’t think Facebook needs to be broken up. I think we, the consumers of social media, need to wake up and take our lives back. Nothing is stopping you but you. The government can’t fix that.— Kate, Oregon

The damage is done. Grievous damage, too. But, in the final analysis, the people who were robbed invited it by allowing Zuckerberg’s incredibly intrusive infernal contraption into their lives. They betrayed themselves. What should we do about Facebook now? I’ve already purged it and that’s about as far as I can go under my own power. But is it so far-fetched to think that knocking apart Facebook now merely opens up ecological niches for new nasty beasties? — Steve Singer, Chicago 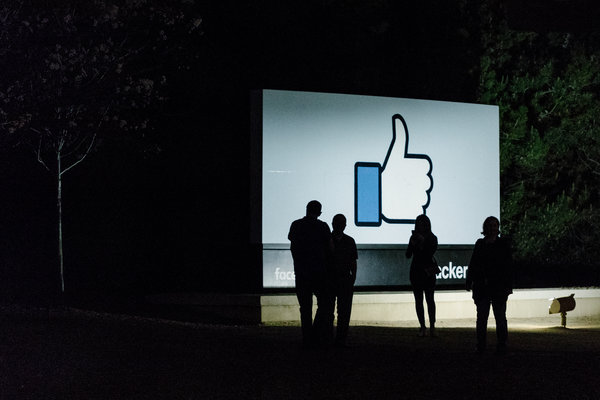 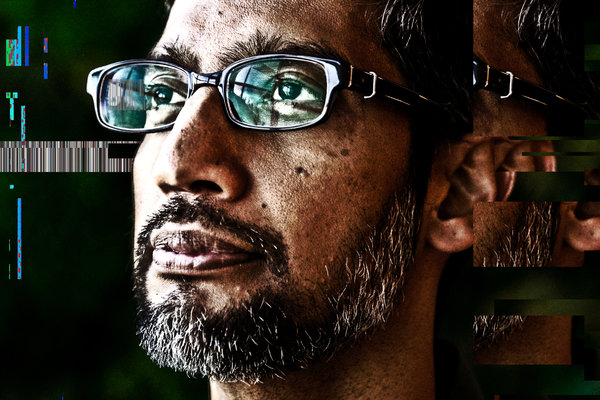 The law needs to catch up first

I think we need to better understand how social media affects individual and group behavior before we act on breaking up companies that market it. It’s a new medium with unexpected impacts on individuals, groups, organizations and governments. There is a lot we need to regulate, but we have seen new media need regulation before. The law needs to catch up first. — Robert A. Amsler, Vienna, Va.

Yes, absolutely break up Facebook. But that is not enough. Federal law (the Communications Decency Act) protects social media giants from the responsibilities by which traditional media must abide. Ending this giant loophole would do the United States and the world a great deal of good. Let social media companies get sued for liable, slander, defamation, intentional infliction of emotional distress and invasion of privacy. Online discourse would improve and the bogus stories and foreign government interference in elections would decline. — Margaret, Oakland, Calif.

Facebook has zero credibility when it claims everything it does is based wholly on concern for the well-being of its customers. We understand that making a profit is necessary, and we do not object. But please don’t insult our intelligence by posturing as an innocent purveyor of social benefit. For starters, you don’t seem to grasp the irony of claiming to be in the unusual position of begging for more regulation. If you know what that regulation should look like, why not self-impose it? — Jim, Placitas

Zuckerberg is the quintessential American

Zuckerberg’s power seems quintessentially American to me and reveals the fundamental contradiction at the heart of our economic model: compete until you succeed, but if you succeed too much you’re being anti-competitive. Free-market fundamentalists should be rejoicing at the success of Facebook, Amazon and Google. They represent the holy grail at the end of the Darwinian quest. Isn’t this perfection? What could go wrong? There’s no better time to wake up and realize we’re in bed with the Devil. — Mark Holmes, Twain Harte, Calif.

The public is vulnerable

There is no doubt Facebook wields enormous power in subtle and dangerous ways that the public does not realize. Facebook has not truly responded honestly to its critics in Washington, including at hearings there and in Europe. Mr. Zuckerberg has been deliberately slow to implement tools for its users to limit the exposure of personal data. Socially, Facebook has certain redeeming qualities that are valuable to the public. But that public is vulnerable to Facebook’s inability to protect them from deceit and malice. — AJ Mott, New York

I don’t really care that Facebook uses the fact that I love motorcycles to show me motorcycle ads. What bothers me is Facebook not being smart enough or caring enough to allow Russia and other bad actors to hack our elections and our democracy. For this, I can never forgive them. — RKNJ, New Jersey

In terms of deleting Facebook entirely, what has been a deterrent for me is that many community groups that apply to my life use it as a message board: our HOA, my mom’s group, the neighborhood newsletter. And just about every group uses it to sell items and announce things of interest. It’s amazing and devastating that it’s already so entrenched in our communities. Nextdoor.com is a far better alternative but doesn’t have the audience to compete. — Amber, Petrovich

You can delete your account, sure. I haven’t posted anything on Facebook in years. But the huge effect that Facebook has on our society and the world will continue whether you personally use it or not. You can’t escape the world of Facebook by deleting it from your phone because it continues to shape the world around you as you live in it. — PG, California

Would government control really be better?

Social media encourages massive time wasting, replacing serious reading with “empty calories” of vain brags, mindless slogans and the occasional organized propaganda campaign. But does that justify government control over mass media? The purported harms reported here are exaggerated to a ridiculous level. Exactly how much have consumers lost due to the misuse of Facebook data? Is it anywhere near the billions lost to phone scams? — Peter Blau, New York

Who exactly decides what is “hateful?” It is a slippery slope that can easily pivot to being used as a tool to support an agenda held by the social media company. I know it is popular to put the onus on Facebook to control hateful content but I find that gives Facebook too much of the very power that many people complain about. The question comes down to whether I trust big companies, like Google, to behave benevolently with the flow of information that they control. Personally, I do not trust them at all. — Scott Werden, Maui, Hawaii