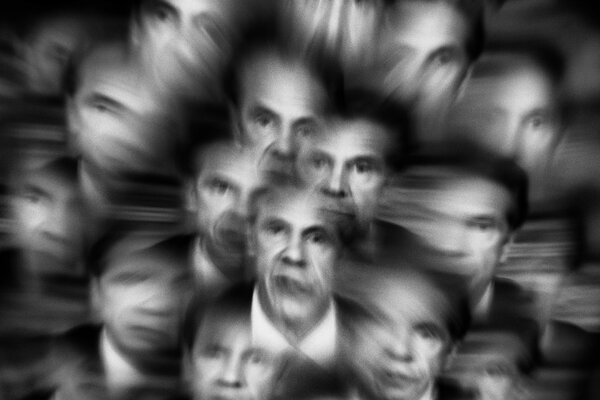 Ms. Gira Grant, a journalist, has reported on the fight against gender-based violence for more than a decade.

Working for Gov. Andrew Cuomo of New York involved more than just tolerating the casual sexual harassment of a boss who would pretend he saw a spider near your breast so he could brush it away or tell you he needed a girlfriend who could “handle pain” or gaze lovingly at his Emmy and exclaim, “Isn’t she buxom?”

The job also meant being enlisted to help silence the women who spoke out.

One executive assistant told investigators looking into these allegations that Mr. Cuomo’s senior staff openly discussed plans to try to discredit Lindsey Boylan, the first woman to come forward with an account of the governor’s sexual harassment; last December, the assistant was asked to help deliver a box of personnel documents meant to disparage Ms. Boylan to an office in the State Capitol. Mr. Cuomo called another assistant to the Executive Mansion on a weekend so that she could type up his handwritten notes for a response to the sexual harassment allegations leveled against him.

He seemed to anticipate the charges that would eventually lead to his resignation, on Tuesday, as early as last spring: After nonsensically remarking that an assistant in a Covid mask looked like an alien from the film “Predator,” he said, “If I were investigated for sexual harassment, I would have to say I told her she looked like a monster,” and laughed — all in front of the very staffers who would accuse him of harassment.

A report released last week, based on dozens of interviews and thousands of documents, detailed how Mr. Cuomo not only sexually harassed 11 women but also fostered a work environment marked by intimidation and retaliation. The governor doesn’t deny kissing and hugging women who worked for him or persistently calling them “sweetheart” and “honey,” but he continues to dispute that such behavior constitutes harassment. For months, he has positioned himself as a kind of feminist champion. And now, the #MeToo movement and the fight against sexual harassment and sexual violence face a conflict of their own, between the people who helped insulate and advise Mr. Cuomo and a betrayed activist base.

The report, prepared by the New York State Attorney General’s Office, convincingly casts Mr. Cuomo as a powerful man who publicly applauded himself for hiring many powerful women, only to subject them to abuse. According to the report, he regularly commented on their attire (saying to two women that they looked like a “lumberjack” or “Amish”). He teased them about marriage (it reduces your sex drive, he told one) and their husbands (“I hope your husband isn’t mad that you’re here today,” he quipped suggestively to another, who was working on a weekend). As Alessandra Biaggi, a state senator who once worked for him, put it, the goal was “to destabilize staff, to make you second-guess yourself.” Sexual harassment, for Mr. Cuomo, appears to be a management strategy.