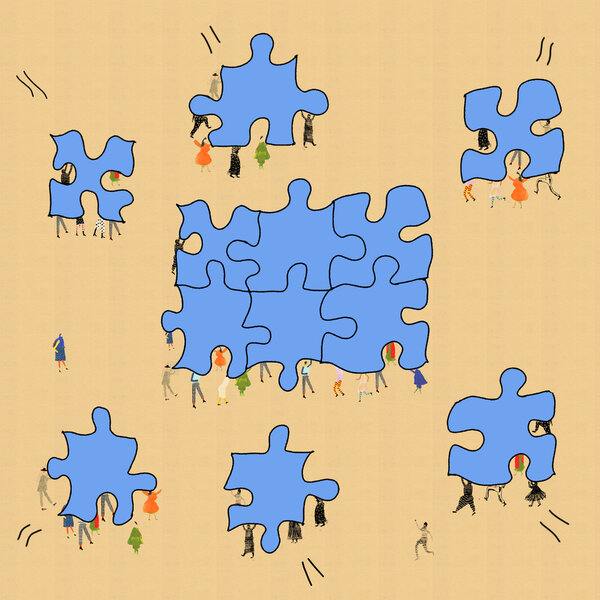 Mr. Kazin, a professor of history at Georgetown University, is the author of seven books about American politics, including “What It Took to Win: a History of the Democratic Party,” from which this essay is adapted.

Why have Joe Biden’s ambitions for a new New Deal stalled, if not completely run aground? The pitch for the president’s Build Back Better program on the White House website certainly sounds like something Franklin Roosevelt could have said during the Great Depression: It calls “the hard work and ingenuity of the American people” the greatest “economic engine” the world has ever seen, but charges that “for too long, the economy has worked great for those at the top, while working families continually get squeezed.”

What’s more, a majority of Americans favor the particulars of Build Back Better — even after Senator Joe Manchin of West Virginia rejected the bill a week before Christmas. Polls show that Americans want Congress to spend big to make the transition to renewable energy, guarantee every employee four weeks of paid leave, renew the expired Child Tax Credit, and create universal prekindergarten — and they love the idea of expanding Medicare to cover hearing care.

But Democrats have a problem that has bedeviled their leaders on and off ever since shrewd political bosses from Albany and stalwart Jeffersonians from Virginia founded what would become the party roughly 200 years ago. They lack a social movement of working people that could turn passive support for universal social programs into a force large and vocal enough to enact lasting change. Over the past decade, Occupy Wall Street, Black Lives Matter, and the #Resistance have come and gone without manifesting systemic reforms that reshaped this nation or rectified the durable injustices that plague it. This is because none of those movements had what the party needs: a message that can unite ordinary Americans across racial lines.

The possibility of such a coalition exists in American politics, lurking just outside the field of our vision: As young workers seek to unionize Starbucks branches and Google offices, they are breathing fresh life into the labor movement for the first time in a generation. And while they face formidable obstacles, Democrats need to grab this opportunity if they intend to birth a new era of progressive change. Without such a movement, hopes for a transformative age of reform will likely be stillborn. Throughout American history, political elites have never launched fundamental policy changes on their own; they need a well-organized force of discontented, determined citizens to make them do it.

Three times in the 20th century, Democrats produced major progressive gains, erecting pillars of corporate regulation and social welfare that endure to this day. The New Deal, from 1933 to 1939, did the most to transform the nation. But Democrats also created landmarks in social policy during the brief, yet consequential periods from 1913 to 1916 under Woodrow Wilson, and from 1961 to 1966 under John F. Kennedy and Lyndon B. Johnson. These three eras of progressive triumph offer two central lessons for Mr. Biden and his fellow partisans.

First, to enact change, a social movement has to grow large and powerful enough to compel Democrats to listen to its demands and grant some of them. Wilson and his fellow Democrats rode a long wave of public hostility to “monopoly” that united farmers who suffered from high tariffs, workers chafing under the long hours and low pay offered by big firms like U.S. Steel, and anyone for whom “Wall Street” was shorthand for a power that corrupted politics and made a small minority of Americans obscenely rich.

During Wilson’s first term, Democrats responded to the populist mood by enacting major pieces of legislation that sought to fulfill the pledge in their 1912 platform “to protect the people from injustice at the hands of those who seek to make the government a private asset in business.” The Underwood Tariff Act instituted an income tax on the richest Americans. The Federal Reserve Act aimed to break the dominion of the “money trust.” The Adamson Act guaranteed an eight-hour day to railroad workers, then the most critical employees in the land.