You’ve probably heard that Thursday’s final (ultimate!) (climactic!) presidential debate is going to feature a mute button. The idea is that Donald Trump and Joe Biden will each get to speak for two minutes on a topic before the other guy can interrupt.

The Trump people claim they hate, hate, hate this idea. But when you think of it, nobody could benefit more from being muted than Donald Trump. One keen observer — Jeremy Stahl of Slate — calculated that the president interrupted Biden or the moderator Chris Wallace at least 128 times in the last go-round, which would suggest a butting-in average of about once every 42 seconds.

And the whole spectacle was, of course, a disaster for the president’s campaign. If he’d been forced to keep his mouth shut for even a tiny stretch of time, it might have made him look more like a candidate for re-election to the most powerful political post on the globe and less like a bad imitation of Alec Baldwin on Saturday Night Live. 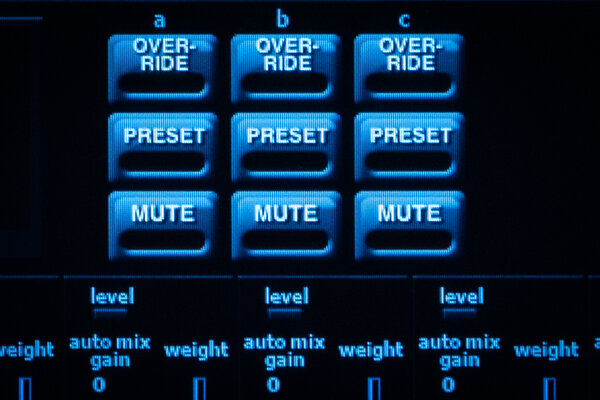 This last debate is being held at Belmont University in Nashville, a spunky midsize Christian college that was one of the very few institutions considered that didn’t back out. It’s one thing to have to prepare your campus for a media invasion, political protests and Lord knows how many weird rumors about hitherto unknown semi-secret groups preparing to do evil deeds beneath neighborhood pizza parlors. But normally all the messy complications of hosting a high-decibel political event are balanced off by the prestige — the world is watching; celebrities arrive. Now the aura is a little more like an outpatient ward.

And the celebrities who do come will of course be masked. Except maybe the Trumps, who shucked theirs off during the first debate in Cleveland. Will they do it again? Belmont says masks are a requirement. It’s not clear how firmly the rule will be enforced for family, but it’d be great if in the future guides showing prospective new students around the campus would be able to say: “And I was the one who tossed Ivanka Trump out of the auditorium.”

It’s election debate season, all right. While the Trump-Biden face-off is getting all the attention, there have been some other pretty memorable encounters for political junkies to savor.

In Iowa, Senator Joni Ernst and her Democratic opponent, Theresa Greenfield, had one where there was so much shouting the moderator stopped the action to demand whether this was “the way Iowans expect their senator to act?”

During their second debate, Greenfield was asked to give the break-even price of a bushel of corn.

You know what’s coming next, right? Ernst got hit with the price of soybeans.

“You grew up on a farm, you should know this,” the moderator said cruelly.

Ernst took a shot at $5.50 which was about half of what a farmer actually needs to get. We have no idea whether the voters in Iowa are going to hold this against her — right now the race is a tossup.

You’ve got to remember, however, that when Ernst won her Senate seat six years ago, she ran an infamous ad in which she bragged about her talent for castrating hogs on the family farm. (“Washington is full of big spenders. Let’s make ’em squeal.”)

Not quite sure how the voters would have felt if they had learned last time that their candidate could castrate a pig but had no idea how much soybeans would bring at the market. Iowa is one of the 2016 Trump states the Democrats are trying to capture. If it happens, all future political hopefuls are going to have to devote a heck of a lot of time studying commodity reports.

We tend to remember the worst moments in political debates. Nixon getting all pale and sweaty in 1960; Michael Dukakis answering a question about whether he’d still oppose the death penalty if his wife was raped and murdered with an answer so calm and muted you’d think he’d been asked which tie he planned to wear for the inauguration.

Gov. Jan Brewer of Arizona experienced what appeared to be a brain freeze in a 2010 debate. While trying to meet the rather undemanding challenge to list some of her accomplishments in office, Brewer stood for about 10 seconds in silence, then announced: “We have did what was right for Arizona.”

She was elected anyway. Really, a clear front-running candidate would have to screw up royally — wander absent-mindedly offstage reading emails or forget the kids’ names when introducing the family — to have a debate change the election outcome.

Trump, of course, is not a front-running candidate of any stripe. The best excuse for his loopy predebate behavior this week is that he’s trying to juice himself up for an electric performance.

He quickly denounced the moderator (“Kristen Welker cannot be neutral at all.”) In his spare time, he stalked out of a “60 Minutes” interview with Lesley Stahl.

On Wednesday, he sent out one of his mass emails to supporters and anybody else who happened to get on the list, announcing that while he was still totally confident of debate triumph, “before I go on LIVE TV, I need to know that you’re still in this fight with me … I’ve asked my team to hand me an updated list of donors who choose to step up at this critical time, and I’ll be disappointed if I don’t see your name on there.” Poor Trump. Suddenly his life is suddenly just one disappointment after another. No wonder the man’s so cranky.