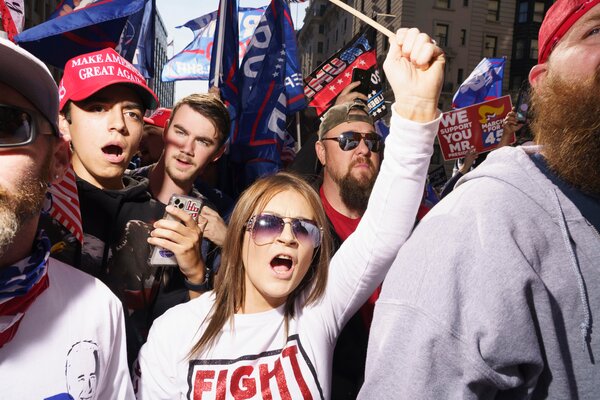 You cannot actually debunk Republican accusations of voter fraud. You can show they aren’t true (and they aren’t), but that has no bearing on the belief itself.

“Voter fraud” is not a factual claim subject to testing and objective analysis as much as it’s a statement of ideology, a belief about the way the world works. In practice, to accuse Democrats of voter fraud is to say that Democratic voters are not legitimate political actors; that their votes do not count the same as those of “the people” (that is, the Republican electorate); and that Democratic officials, elected with those illegitimate votes, have no rightful claim to power.

In a sense, one should take accusations of voter fraud seriously but not literally, as apologists for Donald Trump once said of the former president. These accusations, the more florid the better, tell the audience that the speaker is aligned with Trump and that he or she supported his attempt to subvert the 2020 presidential election. They also tell the audience that the speaker will do anything necessary to “stop the steal,” which is to say anything to stop a Republican from losing an election and, barring that, anything to delegitimize the Democrat who won.

In the last days of the California recall election that ended this week, for example, the leading Republican candidate, Larry Elder, urged his supporters to report fraud using a website that claimed to have “detected fraud” in the results. “Statistical analyses used to detect fraud in elections held in 3rd-world nations (such as Russia, Venezuela, and Iran) have detected fraud in California resulting in Governor Gavin Newsom being reinstated as governor,” the site read. Elder himself told Fox News that the 2020 election was “full of shenanigans.”

“My fear is they’re going to try that in this election right here,” he said.

Never mind that the results had not yet come in at the time Elder promoted this website, or that he was a long-shot to begin with. The last Republican to win statewide high office in California was Arnold Schwarzenegger in 2006, when he ran successfully for re-election after winning the 2003 recall vote against the Democrat Gray Davis. Newsom, a Democrat, won his 2018 race for governor by nearly 24 points. Elder was not doomed to lose, but the idea that the election was rigged — that he was robbed of victory by mass cheating and fraud — was ridiculous. But again, the point of voter fraud accusations isn’t to describe reality; the point is to express a belief, in this case, the belief that Newsom and his supporters are illegitimate.