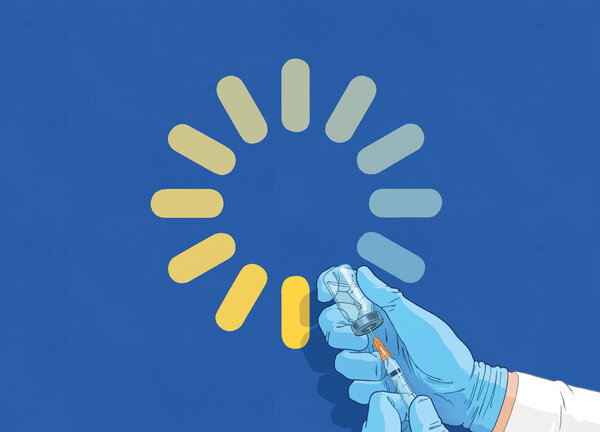 Mr. Bickerton is a lecturer at Cambridge University who focuses on international relations, comparative politics and Europe. The author of “The European Union: A Citizen’s Guide,” he is currently writing a history of Europe since 1989.

When the pandemic reached Europe in the early months of 2020, it was every country for itself. France, Germany, Poland and the Czech Republic rapidly introduced export bans on medical equipment. Italy, where the outbreak was most devastating, was forced to rely on supplies from China. Borders closed one after another.

That was not how the European Union was supposed to work. Dry, legalistic and technocratic, the union is not meant to be about politics at all — it’s supposed to be about competent policymaking, conducted above the narrow interests of national states. After the disarray of the first few months, the E.U. formulated plans for a continentwide Covid-19 vaccine strategy. If the initial response to the pandemic had been chaotic and partial, the route out would be coordinated and comprehensive.

It didn’t work out that way. By the third week of May, the United States and Britain had administered over 80 doses per 100 inhabitants; the E.U. had managed 43.6 doses per 100 residents. Slow to start, subject to shortages in supply and in some cases poorly targeted, the continent’s vaccine rollout has been disastrous. The result has been a long and drawn-out third wave of the virus, leading to lockdowns, economic contraction and many deaths.

For the E.U.’s supporters, the failure has been exceptional. Many, such as the bloc’s health commissioner, Stella Kyriakides, blame AstraZeneca, the Anglo-Swedish company whose jab has been held up by supply problems. (The E.U. itself has filed two lawsuits against AstraZeneca for alleged breach of contract.) But the truth is very different: The E.U., from agriculture to its single currency, does not specialize in policy success. In fact, a certain kind of failure is baked into its institutional DNA. The vaccine debacle is only the most recent and devastating example.

Sixteen years ago, Giandomenico Majone, an Italian professor of political science, made an astute observation: In the European Union, he wrote, the ends and the means of policymaking are reversed. In national states, the ends are the policies themselves, from raising wages for workers to reducing regional inequalities and attracting foreign investment. Governments pursue these ends, using the means at their disposal, because they have won elections on the promise to do so.