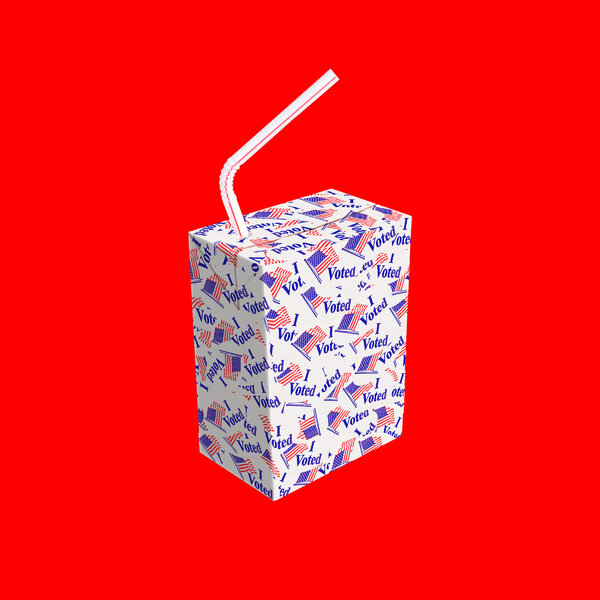 Mr. Stone is a demographer who specializes in family policy.

The 2020 presidential election saw the highest vote total in any American election ever, driven by a historic increase in turnout among eligible voters. Even so, the total number of voters amounted to just 48 percent of the population measured in the 2020 census. Most people living in America either could not or did not cast a vote.

For each group of people prohibited from casting a vote, there is some rationale, Noncitizens are not formally part of the body politic; democracies since Athens have included franchise restrictions as punishment for criminals; children can’t make well-informed rational choices. Many people may disagree with one or several of these choices. Maybe denying the franchise to felons is unjust given bias in the criminal justice system, or perhaps permanent residents should be allowed to vote, as they often could in the 19th century.

But of these three groups, there is only one where the justification for denying the vote is based in irrational animus: the denial of the franchise to children.

This is an injustice that should be corrected. All citizens should be allowed to vote, regardless of their age. The minimum voting age should be zero, with parents and guardians casting the vote for their small children. As those children grow older, parents can include the vote in the gradual increase in independence and responsibility given to young people, until finally their children vote for themselves, likely in their early teen years.

Such a policy is not only imperative on the basis of nondiscrimination, but it would also improve our political system. This idea may sound strange, but it may be just the political corrective our society needs.

The intuitive explanation for the prohibition against children voting is that they are incapable of understanding the issues. However, were governments to impose an IQ test for the ballot box, it would be plainly unconstitutional; “literacy tests” for voters have a terrible legacy. Were people with cognitive impairments denied the vote as a class, this would be considered discriminatory on its face and, frankly, bigoted (and even the individual cases of “mental incompetence” being used to deny the franchise have rightly provoked anger).

Yet when our society’s hostility toward children manifests in the view that they can be denied the vote on the exact grounds we would all see as bigoted in any other case, it is unremarkable. Nor do many common proposals to lower the voting age do much to address this critique. Lowering it to 16, as Andrew Yang proposed, on the ground that 16-year-olds are old enough to drive or work simply preserves the underlying bias that would limit the franchise to the smart and the rich.

Many people can follow this argument so far: Let any kid old enough to pull the lever do so. But even this creates an inconsistent standard, since paralyzed people, for example, have a right to physical assistance in the voting booth.

If older people with dementia can be escorted into the voting booth by a family member who will assist their decision, as they can be under the Voting Rights Act, it’s difficult to explain why small children with an incomplete understanding of the process couldn’t be assisted by those who are raising them in the same way. The results of that election will affect a child’s life for far longer an elderly person’s.

The electoral innovations of 2020 reveal the inadequacy of many other critiques. Mail-in voting has now been tested in many states and, while some conservatives (myself included) have concerns about the lack of privacy and security afforded by this system, the broad popularity of mail-in voting is likely to make it endure.

And as long as we have mail-in voting, it’s ridiculous to act as if families making collective voting decisions together, or even filling out their ballots in full view of one another, is bad. My wife and I completed our absentee ballots side by side (disclosure: she doesn’t think our 19-month-old should be allowed to vote). We might worry that parents would pressure children to make votes they don’t want to make, but that is no justification for denying children the vote. We already trust parents in numerous far more sensitive domains, and we do not apply such concerns about undue pressure in other instances, like older people living with their children.

In other words, if we simply apply the same principles to children that we apply throughout the rest of our democracy, the logical conclusion is obvious: The voting age should be “at birth,” and parents should be able to provide whatever degree of assistance is necessary to enable their children to have their interests represented. That a child is too young to speak or walk is no argument against child voting, since many other nonverbal, immobile people who need daily assistance are also allowed to vote.

But child voting should not be favored simply on the grounds that we must allow it in order to avoid discrimination. Child voting is not a necessary evil, it’s good.

The choice to deny the vote to children creates absurd policy dynamics: The Congressional Budget Office scores the cost of important policies like a carbon tax or an expansion of the child tax credit on a 10-year baseline, with an electorate that is, on average, just a bit more than 10 years away from retirement.

And although parents as a class will never perfectly represent their children’s values and interests, they are likely to do a pretty good job — and we already trust them to make many other decisions on behalf of their children. Moreover, political preferences are fairly heritable, which means parents are likely a decent proxy for what their children will end would believe were they adults, at least on average.

Adding children into the electorate, and adding parents who care about the long-term outlook for their children’s lives, will help offset the overweening (and often destructive) political power of retirees. Our politics are short-termist where they should be forward-looking. Giving children the vote will make it easier to build political coalitions around investments in the future even if their 10-year C.B.O. score is hefty.

Extending the franchise to birth will also function as a valuable form of societal catechesis. Modern, post-materialist societies have invented the pernicious life stage of “youth” as socially separate from childhood and adulthood, creating a period where young people are functionally adults in terms of their capacities, but persist in the habits of children, devoid of serious responsibility.

This change has created generations of narcissists, from the boomers to Gen Z. Abolishing one of the key markers of the end of adolescence and allowing children of any age to assume adult responsibilities whenever they are ready will help young people leap directly from childhood to “adulting.”

Finally, much has been made of America’s lowest-in-history birthrates. Proposals to lift those rates have ranged from large cash transfers to parents, to child care, to maternity leave, to a renewal of nationalism and religious revival. Debates about the gendered politics around fertility can become rancorous. But offering children the vote would be an excellent form of soft, egalitarian natalism.

Giving children the vote wouldn’t make a direct transfer of any kind to parents, but it would help to change the social narrative around children: They would no longer be just a burden we pay for until they hit the labor force. They would be part of society, valuable stakeholders, with worthwhile voices of their own.

Giving children votes would communicate to parents and to children as they mature that wider society is invested in preparing for a better future, in listening to their ideas, and partnering in their ambitions. It would recognize the valuable work done by parents all around the country every day in making box lunches, waiting in lines to drop off their youngsters at school, and rocking a crying child back to sleep. And it would say to every child, “There is plenty of room in the American story for you.:

Lyman Stone (@lymanstoneky) is a demographer, an adjunct fellow at the American Enterprise Institute, a research fellow at the Institute for Family Studies, and a Robert Novak journalism fellow.