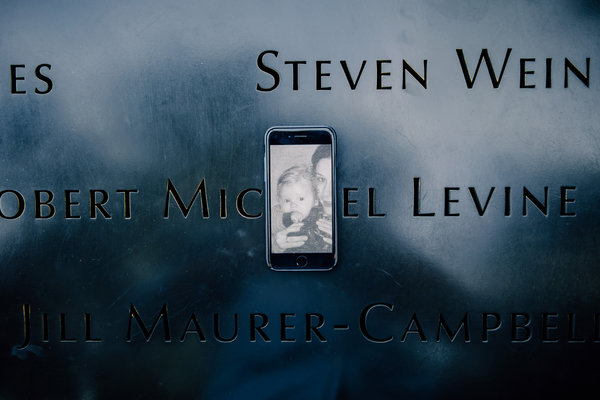 When I was growing up, the only time I noticed that I was different from other kids at school was when their parents were around. One of my earliest memories is my first day of kindergarten: Among a sea of young parents, my grandparents and I stood out. I was too nervous to let go of my grandmother’s hand.

The rest of the time, though, I felt pretty normal. My thoughts revolved around driveway baseball games with the neighbors and making sure I had my homework done in time to play some video games.

But early September always felt different. I could sense a change in the mood in my home. Everything became more somber, my family touchier. And every year on Sept. 11, my family would journey from our home in Queens to Lower Manhattan to pay tribute to a mother I never had the chance to talk to.

Before 2011, the site where my mother died was just a hole in the ground. Year after year, my grandparents and I would arrive with other relatives and we would join a procession of families headed down the ramp and into what looked like a construction site but to us and thousands of other families was a place of mourning. Red Cross volunteers handed out flowers for us to place in the two little temporary pools in the towers’ footsteps. I always looked for purple flowers because my grandma said that was my mom’s favorite color.

For much of my childhood, I didn’t truly understand where I was and what had been there before. Over the years, though, the site grew into a memorial and I grew with it. The 18 years since the attacks of Sept. 11 have been filled with tumult and violence. They have also encompassed nearly my entire life. I was 10 months old when my mom died in the World Trade Center. This year, I am leaving the University of Michigan, where I am a sophomore, for a few days to go home to commemorate Sept. 11. It feels like the first time I get to do so as an adult. It has been years of healing — for me, and for America.

In some ways, my journey started on May 1, 2011. That day began like a normal Sunday. My grandmother took me to church, and I did my homework and went to bed by 10 p.m. About half an hour later, my grandmother came into my room and told me to come downstairs. Something important was happening. My grandparents and aunt had gathered in the living room to watch CNN. They announced the rumors that were going around, but I could tell they were going to relax only when it came from the president’s mouth.

I had figured out what was going on, but I hadn’t really processed it: Osama bin Laden was dead. I knew who he was and what he had done. I felt an excitement rise in me. A hope that my mom would be avenged. When President Barack Obama finally said, “I can report to the American people and to the world that the United States has conducted an operation that killed Osama bin Laden, the leader of Al Qaeda,” there was a collective guttural exclamation in my living room. It was a relief for me, but even more so for the rest of my family. It released some sort of pressure that had built in them for the decade he was on the run. It couldn’t bring back my mother, but we took some solace in knowing that Navy SEALs had found the man responsible for her death.

That night and the days that followed were the first time I grasped the enormity of what had happened on Sept. 11. As I watched Mets and Phillies fans chanting “U-S-A” together on social media and news reports as crowds gathered and celebrated outside the White House and at ground zero, it dawned on me that this wasn’t just about my mom.

After that, I started to get more interested in what had happened in 2001. Throughout my preteen and early teenage years I watched shows about the history of the wars in the Middle East on the History Channel, and documentaries and news clips on YouTube about Al Qaeda and Sept. 11. I remember flipping to the end of social studies textbooks to read about the subject, even though we never quite got to it in class.

On the big anniversaries I would read special editions of the newspapers. I got a sense of what had happened at the site I had been to so many times, and also got to feel the deep loss and pain of the day through the writings of people that had lived through it and remembered it. I’ll never forget reading through the online tribute pages where loved ones and strangers wrote their messages for my mother years before. I looked at old photos of her and learned more about her life; I got to see her as Jill Maurer-Campbell, the childhood dancer, world traveler and caring, loving person. My family and this tragedy were intertwined.

On Sept. 11, 2014, I received hard news. My grandfather, retired Fire Department Capt. Joseph Maurer, had been battling esophageal cancer, which was caused by his trips to Lower Manhattan after the attacks. While retired, he ventured down to the site multiple times with his old pals to search for his lost daughter and Fire Department brothers, and to help in any way he could.

Seven months into his fight he had begun losing a lot of weight. That morning, he’d gone to the doctor, who told him that his cancer was terminal. After my grandmother told me the news, I looked into the living room and saw that one couch was missing. A man was putting together a hospital bed. My grandfather sat on a box nearby, his head in his hands. I had a semi-normal life before with a supporting and loving family. Now Sept. 11 was back for someone else.

He died just five days later. That is the first time I struggled emotionally with what had happened. I developed insomnia and depression. I felt as if life was ugly and that I couldn’t really deal with it. Missing my grandpa made me finally realize how much I had missed with my mom.

In the past year or so, since I started college, I forced myself to come face to face with what happened. I watched “9/11,” the documentary made by Jules and Gédéon Naudet. I read more books, like “The Only Plane in the Sky,” Garrett M. Graff’s oral history of the attacks, which a friend gave me an early copy of. I didn’t hold back from seeing the event as it was. Watching footage from that day and knowing that my mom was inside the building was gut wrenching, but it helped me face reality, and my emotions. I also saw the heroism of so many people.

Remarkably, I even got to know one of these heroes. In 2018, during my first semester in college, I read “The Operator,” the memoir in which Rob O’Neill, a member of SEAL Team Six, writes that he fired the shots that killed bin Laden. I was so moved that I sent an email to the author, not necessarily expecting a response. He wrote back and invited me to spend time with him while he was in Detroit for a talk about his book. One day in December, after I took a final exam, I went to Detroit. I stood on line to get my paperback copy of “The Operator” signed. As I waited, I remembered that night in fifth grade and the looks on my family members’ faces.

For most people, he signed his name on a blank page. But after I told him who I was, he wrote underneath his signature: “To the victims of 9/11 …. in memory of you that I fought.”

After Rob was done signing books, we spent the rest of the day together sharing stories and chatting with other people who had come to see him. It was the first day I really enjoyed in a while. His kindness in inviting me and spending time telling stories and sharing jokes with me in the midst of a stressful and emotionally draining first semester far from home is something that will stick with me forever.

Eventually I found happiness again thanks to a relationship, new friends, reconnecting with my mom’s co-workers and friends, setting out on my own life. I can’t change what has happened to me. I can only respond to it, and I owe it to some people to make the best out of my situation. For people like Rob, who fought and sacrificed for people like me; for my family, who when faced with their darkest hour took on the challenge of raising a baby and ran with it; and for my mom, who went to work to help make a better life for her son and never came home.

Sept. 11 touched everyone in this country. We have all had to heal from that day, and as a nation we have tried to heal from that and all of the horrific tragedies we have seen since. But healing takes time; it has taken me the time it takes to grow from a 10-month-old into a college sophomore. In growing up I had to come to terms with the sadness that hangs over my life, and I had to find the gifts in sadness to become a stronger person. I hope for the same for America. 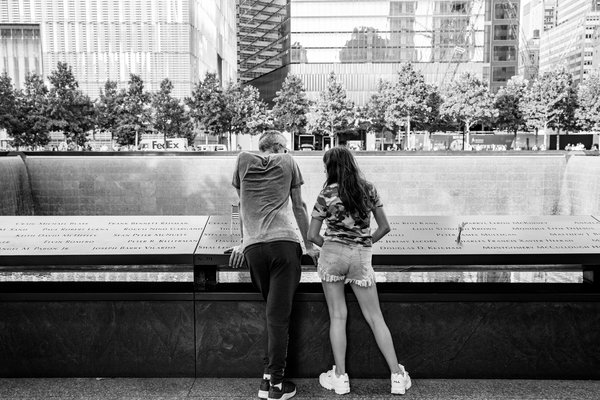 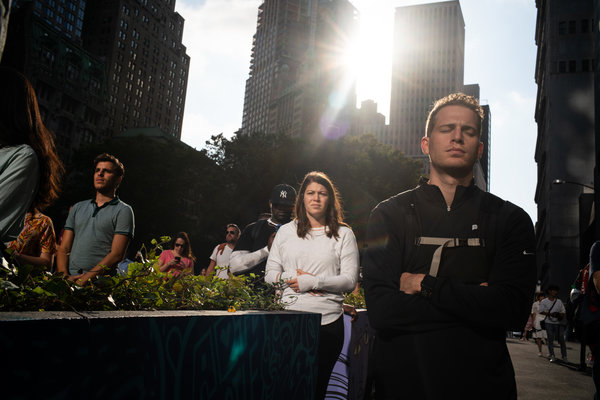 Jacob Campbell, a sophomore at the University of Michigan, is on the board of the September 11th Education Trust.