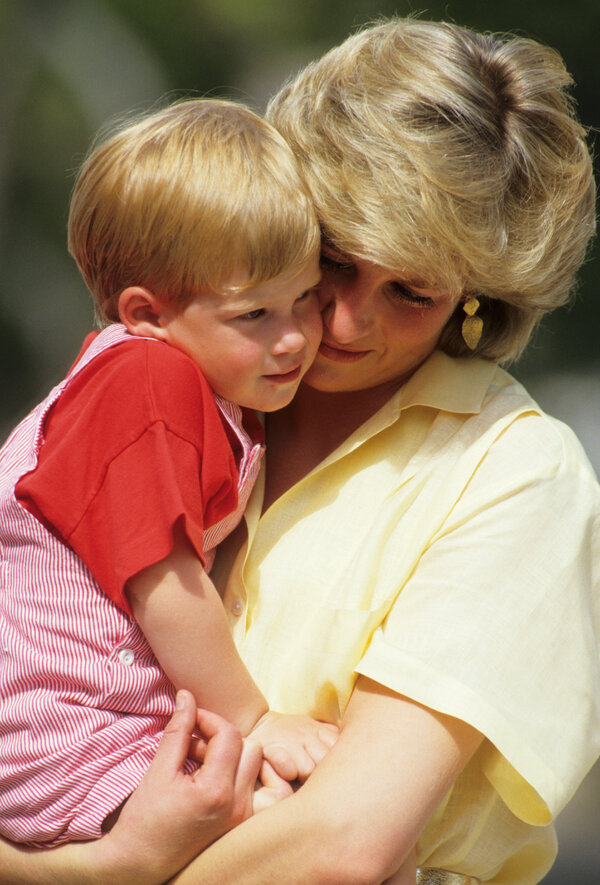 WASHINGTON — I am, faith and begorrah, no monarchist.

Yet I found myself, over the last few years, exhausted by the exodus of Harry and Meghan, quitting palace life for the Netflix lobby, spilling secrets to accrue the gazillion that would be needed for a Vinyasa-and-Oprah lifestyle in Montecito.

If Meghan Markle wanted to change the world, couldn’t she do it more effectively from within the monarchy, blowing the dust off old rituals, as she did with her wedding? How could Meghan be “shocked to discover institutional racism in the very institution that created the most enduring business model for it?,” Alicia Montgomery wrote in Slate.

Couldn’t Harry and Meghan rise above Rupert Murdoch and salacious tabloid coverage, as the Obamas rose above the vile coverage on Murdoch’s Fox News? (And shouldn’t the royals stop having the tabloids laid out with their breakfast?)

Harry thought he’d find closure in disclosure. He will never feel the crown’s heaviness, but was his burden so unbearable that it needed multimedia unburdening? The family spats seemed sitcom-worthy, the drama as puffed up as a flower girl’s dress. As someone who has maneuvered sibling friction over politics, I learned to bite my tongue, so I could remain close to my siblings.

Couldn’t the couple have played the inside game, as Diana did, more effectively torturing Harry’s “villain,” Camilla?

Now that I have read “Spare,” however, these questions seem pointless. It’s like asking Orestes, “Couldn’t you just have made nice with your mother?”

The unfathomable 1997 accident in Pont de l’Alma tunnel in Paris, the crash that extinguished Diana’s radiance, a luminosity recalled so lovingly by her son in his memoir, turned the House of Windsor into the House of Atreus.

Much to the shock and discomfort of the royal family, Diana’s death opened a flood of emotion for the stiff-upper-lip Brits, and Harry is determined to keep that torrent flowing and make sure his mother is avenged.

The book is about hunting and being hunted. Harry hunted for the Taliban in Afghanistan and game in Africa and Balmoral — and love. When he killed a rabbit as a child, his nanny “blooded” him — smeared the animal’s blood on his forehead. When a teenage Harry killed a stag, his guide stuck his head in the carcass, giving him a “blood facial.”

Harry often identifies with the quarry. Once, when he was high on weed at Eton, he saw a fox and felt more connected to it than to his classmates or his family. He loathes being hunted by what he terms the “sadists” from the tabloids, just as his mother was, to the point where he thinks both sanity and life are endangered, for him and Meghan.

So Harry married Meghan, a hugger, like his mother, and moved to hug-at-hello Southern California where a stranger like Tyler Perry offered up his L.A. compound to the homeless couple and A-listers welcomed the former “Suits” actress to their ranks.

I have to admit, if it were me, I would have put up with a lot to live through history, to see the end of the Elizabethan era. I would have loved to be bouncing over the Scottish highlands with the queen in her Land Rover, nursing a thermos of Scotch and hearing anything she had to say about anyone.

Harry, winningly self-deprecating in the book, recalled his moniker of “Prince Thicko” and concedes he was not literary. He feels intimidated that Meghan has read “Eat, Pray, Love.” He’s also so uninterested in history — even though it was his own family he was studying — that a teacher presented him with a wooden ruler engraved with the names of every British monarch since 1066. When he got a chance to chat with his grandmother, he did not quiz Gan-Gan about her illustrious and notorious relatives. He taught her how to say “Booyakasha,” Ali G-style.

He couldn’t get into Shakespeare, despite his father’s love of the Bard. “I opened Hamlet,” Harry wrote. “Hmmm: Lonely prince, obsessed with dead parent, watches remaining parent fall in love with dead parent’s usurper …? I slammed it shut. No, thank you.” Harry is not an intellectual, like Hamlet, although he is aggrieved and obsessed with his mother and following what he thinks are the desires of his parent’s ghost, even if it leads to a collapse of the court.

Harry’s internal struggle was not “To be or not to be” but “To split or not to split.” He split, he spilled and now, as at the end of all Shakespearean tragedies, the stage is covered in blood and littered with bodies.

Harry told a Telegraph writer that it could have been worse and that he left out a lot of damaging material about his father and brother. He is just, he said, “trying to save them from themselves.”