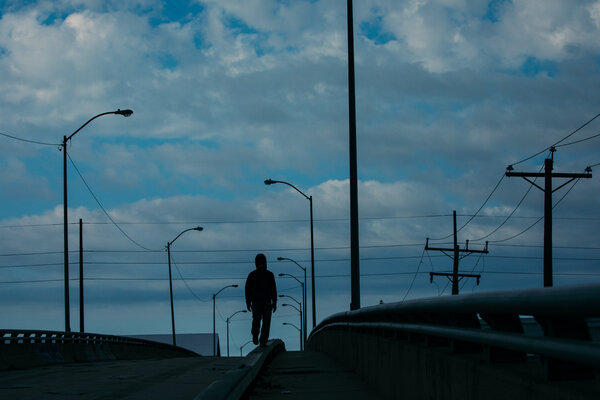 Without question, the best thing I read this week was an essay for Dissent magazine by the legal scholar Aziz Rana on the challenge that racial segregation poses to the creation of a broad-based and emancipatory politics of class.

Although it is no longer enforced by law, racial segregation remains a fundamental part of the social order and political economy of the United States. “Throughout the country,” Rana writes, “in cities and rural areas, blue states and red ones, racial separation remains a common feature of collective life.” And while Americans have made meaningful progress toward integration in the decades since the civil rights movement, it is also true, as Rana notes, that “recent decades have brought profound backsliding, and many communities and institutions are more segregated now than they were 30 years ago.”

This isn’t a minor problem. Racial segregation does two things, essentially. The first is that it facilitates the exploitation of workers on both sides of the racial divide. One group is often subjected to the worst of capitalist exploitation and state repression, from wealth extraction and expropriation to being relegated to the most precarious forms of low-wage labor, if jobs are even available.

The other group is shielded, to an extent, from the brunt of the system’s ills. But because American-style segregation typically rests on the destruction of public goods, this shield is brittle and unreliable, as many white workers and their children discovered with the collapse of the New Deal economy and the rise of the neoliberal order in the last decades of the 20th century.

The other thing racial segregation does is inculcate racist ideologies as a kind of social learning. This, in fact, was the whole point, as W.E.B. Du Bois described in “Black Reconstruction in America.” “It must be remembered that the white group of laborers, while they received a low wage, were compensated in part by a sort of public and psychological wage,” Du Bois wrote. “They were given public deference and titles of courtesy because they were white. They were admitted freely with all classes of white people to public functions, public parks and the best schools.”

The effect of this was to cultivate a kind of chauvinism, as well as the sense of a cross-class solidarity among whites, which worked to undermine any feelings of solidarity or understanding between workers of different racial backgrounds.

Rana’s argument, in short, is that this process is still in effect. The legacy of our “long history of discriminatory practices by both the government and private sector, along with cycles of white self-isolation” means that even poor white families tend to live in segregated neighborhoods that are more prosperous than those inhabited by middle-class Black and Latino families.

“For white residents in these areas,” writes Rana, “daily activities — in local schools, churches, playgrounds and businesses — reinforce a deep sense of shared cultural connection.” It creates the sense as well that the social integrity and even prosperity of those areas depends on their racial exclusivity. Whiteness is then entangled in the idea of security, economic or otherwise.

It was exactly this entanglement that Donald Trump exploited to such powerful effect in his 2016 presidential election campaign, and which continues to fuel the rhetoric of conservative “populists” like Tucker Carlson of Fox News.

Left-wing projects, argues Rana, “require more than simply making arguments about economic interest. They require a cultural infrastructure, in which left values are present in the everyday institutions that organize people’s experiences. Without that infrastructure, it is incredibly hard to shift people’s political views.”

The civil rights movement envisioned a fully integrated world of neighborhoods, homes, churches and schools where people could, in Rana’s words, “encounter one another, recognize common grievances and develop ties of solidarity.”

We don’t quite have the opposite of this, but we are also far from meaningful integration. Most neighborhoods, schools and churches are segregated, and with the decline of unions there are few places where ordinary people of different races actually face one another as equals and learn to work with and understand one another.

For Rana, the long-term goal of the left has to be “nothing less than finally overcoming the segregated nature of American life.” There are no simple answers, he says, “but a key part of the solution is for more and more Americans to come to believe that the problems they face can be overcome only by embracing equal and effective freedom for all, including those on the margins.” And for this to occur, “individuals must, on a day-to-day basis, inhabit institutions that promote cross-group solidarity and exchange.”

I agree. As many, many Americans have recognized over the course of our history, you can have race hierarchy and exclusion or you can have meaningful equality for all, but you simply cannot have both.

My Tuesday column focused on the Supreme Court and its claims to legitimacy, with an interpretive assist from the Notorious B.I.G.

One of the cardinal rules of power, as Christopher Wallace once said in the fourth of his “Ten Crack Commandments,” is to never get high on your own supply. Put differently, it is important for people in positions of influence to stay aware of the limits of their perception and ability. To buy your own hype or indulge your own propaganda — to treat your image as reality and close yourself to criticism and critique — is to court disaster.

My Friday column asked whether the problem with our democracy is the Constitution itself, with an assist from Jedediah Purdy’s new book on politics and American democracy.

We tend to equate American democracy with the Constitution, as if the two were synonymous with each other. To defend one is to protect the other and vice versa. But our history makes clear that the two are in tension with each other — and always have been.

And in the latest episode of my podcast with John Ganz, we discussed “Passenger 57,” one of the many “Die Hard”-style action movies of the 1990.

Jay Swanson on the left and the Constitution for The Nation.

Sarah Laskow on American food for The Atlantic.

Dayna Tortorici on the movement to criminalize abortion for N+1 magazine.

Andrea Sempértegui on the strike of Indigenous workers in Ecuador for The New York Review of Books.

Lisa Heinzerling on the Supreme Court’s attack on the administrative state for Boston Review.

Feedback If you’re enjoying what you’re reading, please consider recommending it to your friends. They can sign up here. If you want to share your thoughts on an item in this week’s newsletter or on the newsletter in general, please email me at [email protected] You can follow me on Twitter (@jbouie), Instagram and TikTok.

Photo of the Week

We haven’t had a chance to go to any pumpkin patches yet, so instead of a recent photo I thought I would share this one from last October, when we went to a pumpkin patch and corn maze out in Nelson County, Va.

This is a very simple and easy recipe from Rick Bayless’s “Authentic Mexican,” written with Deann Groen Bayless. The dish is best served with plenty of garnishes, like diced avocado, sliced radishes and even some sliced jalapeños for heat. I also add a squeeze of lime to brighten things a little. Also, tortillas on the side. I am giving you the recipe as written, but it is incredibly easy to make it without the bacon. Just use olive oil instead.

1 pound pinto or other light-colored beans

1 half of an onion

Pick over the beans for any rocks, then rinse and place in a 4-quart pot. Add plenty of water and then soak for 4-8 hours.

When you’re ready to cook, drain beans and add to a pot with 2 quarts fresh water, 2 crushed cloves of garlic, ½ onion and 1 bay leaf. Bring to a boil, partially cover and simmer for 1-2 hours, until the beans are tender. Remove the onion and bay leaf.

Fry bacon in a medium-size skillet over medium-low heat until crisp, about 10 minutes. Remove bacon, pour off all but 2 tablespoons of fat and raise the heat to medium. Add the onion and chiles and fry until the onion is a deep golden brown, about 8 minutes. Stir in the tomato and cook until all the liquid has evaporated.

Add the tomato mixture, bacon and salt to the cooked beans. Simmer, stirring occasionally, for 20-30 minutes, to blend the flavors. If the beans are very soupy, uncover, raise the heat and simmer away the excess liquid. For a thicker broth, purée 2 cups of the beans (with their liquid) and return to the pot. Just before serving, taste for salt and stir in cilantro. Serve with garnishes and tortillas.