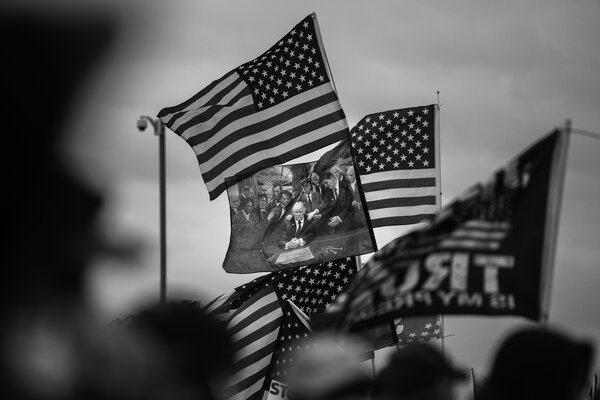 Mr. Millman has written extensively about politics, policy and culture and is a columnist at The Week.

It’s Election Day 2024. President Biden and former President Donald Trump have been locked in battle for months, with Mr. Biden holding a stable, sizable lead in the popular vote but much narrower leads in key swing states like Wisconsin, Georgia and Arizona. Turnout has been exceptionally high, nearly matching 2020 levels.

The outcome will clearly come down to those three key states — all with Republican legislative majorities that put in place laws making them the final arbiters of electoral disputes. As the counting in the three proceeds, Democratic Party representatives raise a hue and cry that it is proceeding unfairly, with significant numbers of valid ballots being rejected without proper cause. State election officials (mostly pro-Trump Republicans) declare that there is no substance to these objections. All three conclude that Mr. Trump won their states’ electors, and with them the presidency.

Is it likely that Democratic voters would accept this result without protest and a constitutional crisis (and perhaps even violent protest)?

I think the answer is no, and I suspect most Democrats reading this would agree with me. And that’s why, notwithstanding all the good arguments for reforming our electoral system, there is no legislative solution to the deepest problem threatening American democracy: the profound lack of trust in the legitimacy of the opposition.

The scenario I described above is precisely what multiple observers have been warning about in the year since the Jan. 6 attack on the Capitol. Republican legislatures in several states have revised their election statutes to give themselves more authority over the conduct of elections in their states, reducing the authorities of state secretaries of state, governors and county election officials in the process. From the perspective of anyone who isn’t a Republican, those moves look like preparation to commit fraud and to do so with legal impunity.