BERLIN — Is this city, the former capital of communist East Germany, returning to socialism, this time in both parts of the once divided city? From the tenor of the increasingly anxious debate around Berlin’s housing crisis, it certainly seems so: On June 14, activists handed the Berlin Senate a petition with 77,000 signatures calling for the local government to take over the large companies that control a major portion of the city’s housing stock, the first step toward a public referendum on the proposal. A few days later, the Senate advanced a separate proposal that would put a complete halt to rent increases for five years.

Housing is a big problem in cities worldwide, but few cities in Europe have it quite as bad as Berlin. Every year the city adds between 40,000 to 50,000 people, on top of a population of 3.6 million. Housing construction can’t keep up; as a result, rents on new apartments have gone up 50 percent in the last five years.

The rising cost of living is not unique to Berlin. Many people across Germany pay the largest chunk of their income for housing. Add to that the fact that Germany is a nation of tenants. Almost 60 percent of households rent their homes. All of this makes the rising cost of living an existential problem for many, one that is driving many Germans to consider radical solutions.

I’ve experienced this rapid shift firsthand. When I moved to the city a decade ago as a newspaper trainee, I found an apartment in the trendy neighborhood of Kreuzberg. My apartment was a dream: Located in an old, spacious building, it was close to a park, shops and restaurants. It was small — about 65 square meters, or about 700 square feet — but it was cheap, about 560 euros, or $650. Even though I was not exactly rich, I felt at ease financially. I could afford to dine out and take vacations.

A few years later, when my husband and I knew we wanted a child, we decided we would like to rent or buy a house with a garden — but by then rents and home prices had risen so high, so quickly, that even though we were both working, we couldn’t afford conventional rent on a larger place in the central city, let alone afford to buy one. Instead we joined a building cooperative, a group of 30 families who had acquired a patch of land just outside central Berlin. We jointly financed the development of several townhouses and apartments around a courtyard.

We were lucky — not everyone can afford to join such a development (or find an amenable group of like-minded people to join with). Such cooperatives are appealing, though hardly a citywide solution. But for us, for a time, it felt as if we’d found a life raft.

Then last year, my husband and I split up, and I found myself back on the overheated Berlin housing market. I had a comfortable income by then, and yet, for the first time in my life, I wasn’t sure whether I could make ends meet, whether I could find a place that would satisfy my logistical needs (close to my work, close to our kindergarten, and so on) and my budget. I ended up with a one-bedroom apartment that met my needs, at almost the exactly same size as my first place, but double the price.

Still, I feel lucky — there are so few places in the city available at any price, and many people, even middle- or upper-middle-class people like me, end up moving far away and enduring long commutes. But because I’m renting, I also don’t feel secure: What will my rent be in a few years? And what will I do when my son needs a room of his own?

I can only dimly imagine what it must feel like for the many retirees, single parents, unskilled workers and lower-middle-class families who still make up the largest part of Berlin’s population and cannot resort to building cooperatives. The market has created fear, and fear has created anger.

So far, this anger has focused on the property owners, in particular on the company Deutsche Wohnen, which controls 160,000 apartments nationwide — 110,000 of them in Berlin alone. In 2018 it reported a net profit of 1.8 billion euros, or $2.3 billion. But Deutsche Wohnen isn’t alone; Berlin’s hot property market has attracted global investors. An investigation by my newspaper, Der Tagesspiegel, recently revealed that a single British family bought thousands of apartments in the city, using a web of shell corporations, some located offshore, to minimize taxes.

Berlin, as well as the German federal government, has experimented with “rent brakes” — various regulatory devices to slow or halt rising rents — but with little success. Which is how we got to the radical yet widely popular idea of having the city government simply take over companies like Deutsche Wohnen.

There are many objections to this so-called expropriation initiative. It is uncertain whether it would survive judicial scrutiny, and even if it did, the city would have to compensate the owners, spending money it could otherwise use to build new housing. Yet around 40 percent of Berliners say they approve of the idea, according to one survey.

The Berlin Senate’s plan, the five-year cap on rent hikes, came in response to the expropriation petition, and it is almost as radical — however just it might seem, it would throw the market into chaos. Deutsche Wohnen is publicly traded, and its stock is considered so safe that some small investors hold shares to fund their retirement. After the Senate announced its plan, the company’s stock plummeted

What’s more, the cap would apply equally to big companies and individual building owners, thousands of whom make a small but reliable livelihood from rents. The same for state-owned companies and cooperatives, who collect rents but put their profits back into the community.

And there was one particularly perverse outcome: Associations that represent property owners encouraged their members to raise rents immediately, while they still could; some did, sending out notices to shocked tenants. Experts also warn that although the cap might ease market pressure on tenants momentarily, it would lead to owners taking apartments off the regular market, transforming them into furnished flats rented out for the short term, for example.

So what’s the right answer? Building new housing should be a priority. Because Berlin’s government is exceedingly complex (among other things, it is both a city and a federal state, with 12 largely autonomous boroughs), and it can’t be counted on to move quickly itself — so private initiative is necessary. Therefore, rather than stigmatizing big housing companies, the city should cut a deal that benefits both sides — for example, by requiring a significant portion of apartments at fixed and subsidized rates. 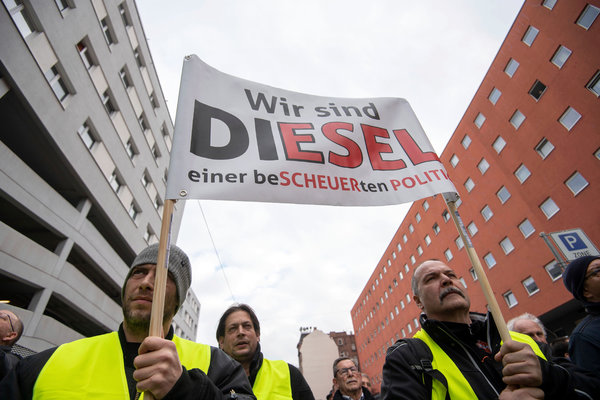 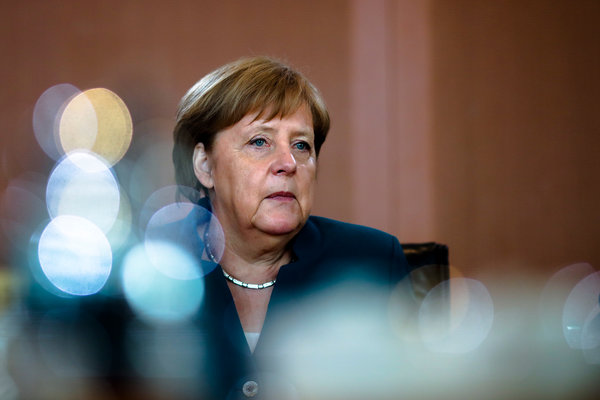 In fact, the chief executive of Deutsche Wohnen, Michael Zahn, recently offered a similar plan. On June 22, he published a paper that reads like a truce: It includes a proposal to raise rents on a sliding scale based on tenants’ income, along with quotas for low-income families in new apartments. Mr. Zahn explained his plan as a voluntary commitment by the company — which would not be enough. The market does need regulation. Still, it could be a way of restarting the conversation in a debate that has turned to unrealistic, socialist ideas, and it could be a lesson on how radical ideas can fundamentally change a political debate.

The day the Berlin Senate announced the cap plan, I called Rouzbeh Taheri, the activist behind the expropriation initiative. I asked how he felt about his proposal being upstaged by the Senate. A professional campaigner with a long history of activism, he sounded quite content. Though the cap would be insufficient in the long run, he said, he viewed his effort as a success: “Without our initiative, it wouldn’t have come this quickly and neither this radically. We wanted to shift the discourse — and we have reached that goal.”

He is probably right. The expropriation initiative created an extreme but real policy option. As a consequence, the Berlin Senate felt forced to move toward a more radical solution, too. And not long after, one of the largest housing companies in Germany felt it had to come up with its own compromise in response.

Cities, like capitalist societies, are living organisms. They grow and change — that’s what’s so fantastic and so horrific about them. To citizens, as well as consumers, cities and capitalism are inspiring and exhausting at the same time.

That’s why this most recent episode in Berlin’s housing saga is so nerve-racking, and so exciting. The crisis is untenable, but so is the idea of capping rents across the board, or having the state take over a large swath of the housing market. Berlin knows firsthand that socialism does not work. But maybe this time, by forcing all the stakeholders to pay attention, socialism will end up saving Berlin after all.

Anna Sauerbrey, a contributing opinion writer since 2015, has been an editor and writer at the German daily newspaper Der Tagesspiegel since 2011.

Anna Sauerbrey, a contributing opinion writer since 2015, has been an editor and writer at the German daily newspaper Der Tagesspiegel since 2011.

A motorist caught speeding at 110mph told police he had travelled more than 100 miles to London to buy bread because it was cheaper. Officers…