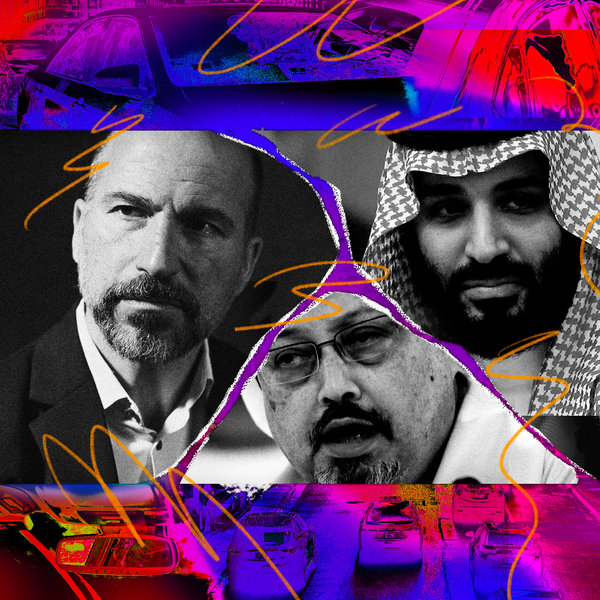 When wounded by the bitter sting of judgment, who among us, at one time or another, has not made the misstep of taking a bone saw to our critics?

“I think that people make mistakes,” Mr. Khosrowshahi told Axios, comparing the murder to an incident last year during which a self-driving Uber car killed a woman in Arizona. “It doesn’t mean that they can never be forgiven. I think they have taken it seriously.”

An hour after the interview, Mr. Khosrowshahi called Axios to backtrack and later issued a statement saying Mr. Khashoggi’s murder was “reprehensible and should not be forgotten or excused.” But it was too late — the hashtag #BoycottUber was already trending on Twitter.

The debate: Should you boycott Uber, and would it accomplish anything if you did?

The company doesn’t deserve your business

“Everyone who uses Uber should consider the implications of @dkhos’s words,” tweeted Mr. Khashoggi’s editor at The Washington Post, Karen Attiah. “If one of @Uber’s main investors kills someone it doesn’t really matter. A representative of a murderous regime can still keep a board seat. When you’re rich, your crimes become ‘mistakes.’ #BoycottUber”

To Ms. Attiah, Mr. Khosrowshahi’s comments were the “last straw” for a company that has long been criticized for lacking a conscience. Calls to boycott Uber have resonated since at least 2017, when the company was accused of capitalizing on a taxi strike protesting President Trump’s ban on travel from several predominantly Muslim countries. The following year, a former Uber engineer sued the company for sexual harassment, cementing the company’s image as a misogynistic playground for tech bros.

Laura Seay, a professor of government at Colby College, tweeted:

For others, boycotting Uber may be a way to register an objection to what seems a growing tendency among multinational corporations to maximize their profits at the expense of liberal democratic values. The past month alone has seen National Basketball Association’s Daryl Morey apologize to the Chinese government for tweeting his support of Hong Kong protesters and Netflix defend its decision to pull an episode of Hasan Minhaj’s “Patriot Act” at the Saudi government’s behest (“We’re not in the truth to power business,” Netflix’s C.E.O. said).

In the wake of the N.B.A. controversy, The New York Times editorial board wrote:

Mr. Khosrowshahi’s apology on Monday is not the first time the company has promised, as it were, to do better. “We should all hope it does,” Farhad Manjoo, a Times columnist, wrote back in 2017. And to be fair, there are signs that Mr. Khosrowshahi has taken Uber’s problems more seriously than his predecessor, Travis Kalanick, whose mess he was hired to clean up. Yet Mr. Manjoo’s point about how to respond to Uber’s failings still stands:

We should do more than hope: There’s an Uber app on your phone. Think twice about tapping it, because if Uber remains terrible after this, we have only ourselves to blame. … There’s a lot at stake. Ride-sharing, as an industry and a civic utility, is too big an idea to be left to a company like the one Uber is now.

Boycotting Uber won’t do much

In 2017, Hannah Lownsbrough argued that boycotting Uber wouldn’t rein in the company’s worst abuses, including how it treats its workers, who as contractors receive no benefits. She wrote:

Uber is not the only corporation effectively forcing the world back into a paid “piecework” model of labor that harks back to the industrial revolution (not a period renowned for its progressive employment practices). … Politicians are right to condemn companies such as Uber, but not using the app will not solve the problems posed by the gig economy. Instead we need to use our power as customers, workers and shareholders to force tech giants to change their behavior and their business models.

Ms. Lownsbrough’s argument dovetails with a deeper criticism of relying on boycotts as activism’s go-to tool — namely, that they risk reducing to an individual consumer choice what is fundamentally a collective political problem. In Quartz, the writer Alden Wicker has called the phenomenon of conscious consumerism “a lie”:

On its face, conscious consumerism is a morally righteous, bold movement. But it’s actually taking away our power as citizens. It drains our bank accounts and our political will, diverts our attention away from the true powerbrokers, and focuses our energy instead on petty corporate scandals and fights over the moral superiority of vegans.

That the cultural stress on boycotts may be out of proportion with the change they can effect doesn’t mean you shouldn’t boycott Uber, of course — only that doing so is a beginning, not an end, to meaningful political action. As Andrew J. Hawkins and Sean O’Kane point out at The Verge, Uber has shown itself to be “remarkably resilient despite its inability to earn a profit,” having survived an “almost comical number of scandals, lawsuits, regulatory challenges, protests, boycotts and more.”

When it comes to Americans doing business with human rights violators, Uber’s $3.5 billion investment from Saudi Arabia pales in comparison with the $112 billion in arms that the Obama administration sold the country (some of which it has used to bomb hospitals in Yemen), the $23 billion in Saudi fossil fuels the United States imported in 2018 and President Trump’s continued embrace of the crown prince.

True, breaking up the United States’ near-century-old relationship with its most autocratic ally is a trickier project than sending Uber a message by downloading Lyft. But then Lyft itself is no stranger to Saudi largess: The company received a $248 million investment in 2015 from another Saudi royal, Prince Alwaleed bin Talal, who last year insisted on Mohammed bin Salman’s innocence in Khashoggi’s murder.

If that bothers you as much as the Uber connection, it may be time to consider a cab. (Or a bicycle.)

MORE ON BOYCOTTING AND BAD BRANDS

“Consumer politics is as American as apple pie”: The Cornell historian Lawrence Glickman surveys the American tradition of consumer activism, dating back to the Revolutionary War and slavery. [The American Historian]

For some business moguls, the historian Quinn Slobodian argues, economic freedom has taken precedence over democracy. [The Guardian]

Here’s what readers had to say about the last debate: How will Republicans run in 2020?

Amy from Ohio wrote: “You said in your newsletter that Trump is funneling additional money to senators who are speaking out in his defense. I’m assuming that this is campaign money. My question is why is this not considered bribery or jury tampering since these same senators will act as his jurors if and when impeachment charges are voted by the House?”

Ravinder, a conservative-leaning independent from California, wrote: “I am surrounded by Democrats in the San Francisco Bay Area, where Republicans have never won. The perception is that Republicans are racists. This perception needs to change for Republicans to start winning more seats. They need to include more suburban women and minority candidates in their support for Congress and Senate.”