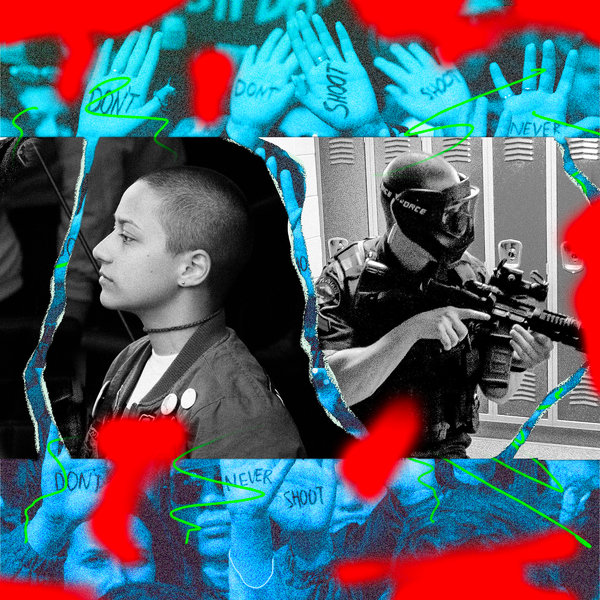 Two weeks ago, on Long Island, West Babylon Junior High School rang in the new school year by simulating a prelude to slaughter: Sequestered in their classrooms, students huddled silently as an imitation gunman banged on the doors, chased out by police officers flooding the hallways and firing off blanks. “It’s sick that we have to do this,” said the head of the security company conducting this active-shooter drill, an exercise that has become a commonplace in schools across the country. “But this is the future here.”

The debate: Do we have to do this? Are active-shooter drills a lifesaving precaution that schools are wise to take, or do they come at too high a psychological cost?

WHAT YOU NEED TO KNOW

School shootings began to haunt the American psyche more than 20 years ago after two students in Littleton, Colo., entered Columbine High School and killed 13 people in what was, at the time, the deadliest school shooting in the country’s history. Two hundred and thirty-nine school shootings have followed, killing at least 144 people and injuring at least another 302, by The Washington Post’s count, with 2018 registering the worst year yet.

In Columbine’s wake, active-shooter drills have become routine at two-thirds of all public schools, according to a survey by the Government Accountability Office. But it was after the Sandy Hook shooting in 2012, when a gunman killed 20 first graders and seven adults in Connecticut, that the Department of Education changed its shooter response recommendations from sheltering in place to more active measures of fleeing from or even fighting an assailant.

This change created an opportunity for the security industry, as Elizabeth Williamson reported for The Times, which markets active-shooter training services to local schools and law enforcement agencies with increasing frequency. But the tactics and methods vary widely, occasionally to macabre effect: Last year, a Florida high school conducted an unannounced drill that caused some students to suffer asthma attacks and vomit from fear, while others texted their parents goodbye.

[The big debates, distilled. This guide will put in context what people are saying about the pressing issues of the week. Sign up for our new newsletter, Debatable.]

Shooter drills are the least we can do to protect children

School shootings are inevitable, at least for now, and we can’t wait for the debate about gun control to be settled or for Congress to act to take vital safety precautions, argues John G. Iannarelli, a retired F.B.I. special agent executive, in The Wall Street Journal. Mr. Iannarelli writes that most of the fatalities from mass shootings happen within the first five minutes, well before the police can respond, so preparing students and teachers can make the difference between life and death:

We cannot keep waiting around for something to change. Through regular active-shooter drills, schools can equip their students with the skills to react quickly and safely to frightening situations. It might frighten them at first, but they’ll get used to it, just like they’re used to fire drills.

And indeed, there is anecdotal evidence that lockdowns and drills can be effective. Julia Glum reported for Newsweek that the police credited a rapid lockdown during a California school shooting in 2017 with saving dozens of children.

Active-shooter drills are deeply misguided, Erika Christakis, an early childhood educator, writes in The Atlantic. It’s difficult to prove conclusively that drills actually make kids safer — in fact, students who become shooters may use them to their advantage. But there is evidence that the drills may inflict psychological harm by increasing levels of fear and anxiety. As horrifying as mass shootings are, the risk of being killed in one is comparable to that of being struck by lightning. So why impose a tax on mental health in exchange for benefits that are dubious at best? She writes:

Preparing our children for profoundly unlikely events would be one thing if that preparation had no downside. But in this case, our efforts may exact a high price. … Our children may be relatively safe, but childhood itself is imperiled.

Research also shows that black and Hispanic students worry more about school shootings than whites, and experience them at far higher rates. The defense measures that some schools undertake can exacerbate these discrepancies. Kai Koerber, a black student who survived the Marjorie Stoneman Douglas shooting in Florida, told The Miami Herald that the school’s increased police presence after the attack made him more afraid.

“It’s bad enough we have to return with clear backpacks,” he said. “Should we also return with our hands up?”

Shooter drills don’t have to be frightening to be effective

When you’re dealing with something potentially frightening, if you can get ahead of the anxiety, then kids feel more in control. They feel a sense of competence. They know that the teachers have a plan, and the whole thing can make them feel quite safe.

Alan Kazdin, professor of psychology and child psychiatry at Yale University, told NBC News that “the most important part of this kind of preparation is repetition, rather than realism.” The use of fake gunfire or blood isn’t necessary to reap whatever advantages such exercises may offer:

When you have fire drills, you don’t put smoke in the hallways. … You don’t have people panicking. But you practice it often enough so people know what they’re doing.

Shooter drills are integral to a culture of gun violence

Patrick Blanchfield, the author of “Gunpower,” argues in the left-leaning outlet Splinter that drills are a lesson not just in physical safety but in political domination: Their primary purpose is to initiate children into an understanding of American life that holds rampant gun violence as its foundational and unchangeable premise. “Very literally,” he writes, “Americans teach their children to understand the intrusion of rampaging killers with assault rifles as a random force of nature analogous to a fire or an earthquake”:

This seems designed to foster in children a consciousness that is at once hypervigilant and desperate, but also morbid and resigned — in other words, to mold them into perfectly docile citizen-consumers. … And if children reject this position and try to take action, some educational authorities will attempt to discipline their resistance out of them, as in Texas, where one school district has threatened to penalize students who walk out in anti-gun violence actions.

As individual students are called upon to address what is actually a political problem, he writes, security companies and bulletproof backpack makers get to profit from the panic.

The debate over active-shooter drills has justifiably revolved around the well-being of children, threatened where they ought to be nurtured. But the fear of these kinds of attacks is intruding into the daily lives of adults, too, as more and more workplaces follow suit in preparing their employees for the worst.

While Americans continue to weigh how best to adapt to the reality of mass gun violence, it may be easy to lose sight of the essential. At the root of both the critiques and the defenses of active-shooter drills, there lies a shared understanding that seems at once banal to express and imperative to remember: This is the way things are, yes. But it’s not the way they have to be.

WHAT KIDS ARE SAYING

“The class is supposed to stand on the back wall, but I decided to stand in front of the class because I want to take the bullet”: Dezmond Floyd, 10, explains to his mother what happens in an active-shooter drill. [PBS]

Here’s what readers had to say about the last debate: Have we hit peak vape panic?

A number of readers responded that if e-cigarettes really have a legitimate use as a smoking cessation tool, then they should require a doctor’s prescription to purchase. Others pointed out that this would create a scenario in which cigarettes were still available over the counter.

And Hannah from New Jersey wrote: “I graduated from Michigan in 2016 before vaping/Juul became popular. Some people smoked cigarettes while drinking, but even that wasn’t super common. I went back for a football game last year and the number of students vaping at tailgates was insane.”

?Did a friend send you this? Get your own newsletter by signing up here.

Spencer Bokat-Lindell is a writer for the Opinion section. @bokatlindell