In Britain, the coronavirus is taking an almost unbearable toll. 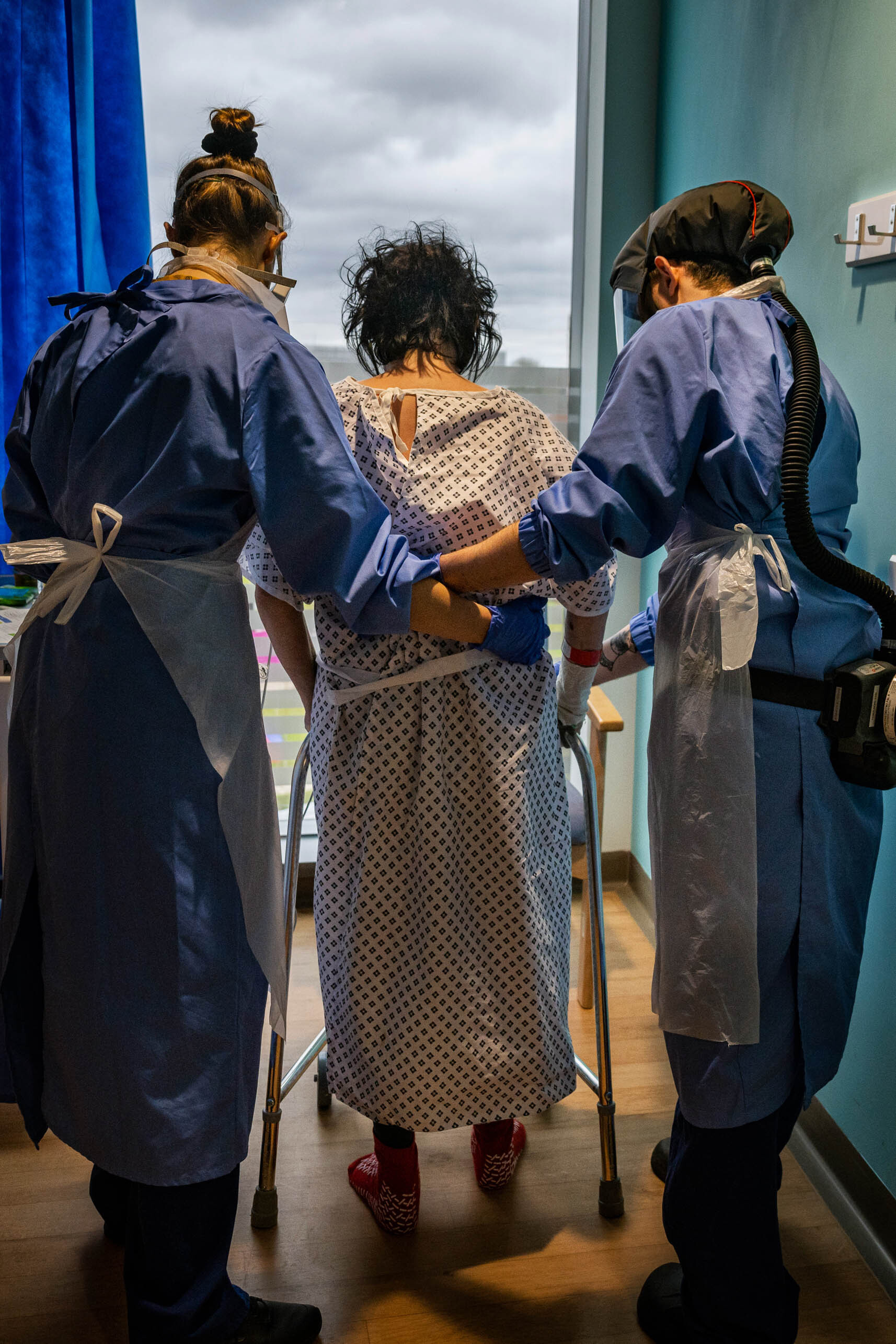 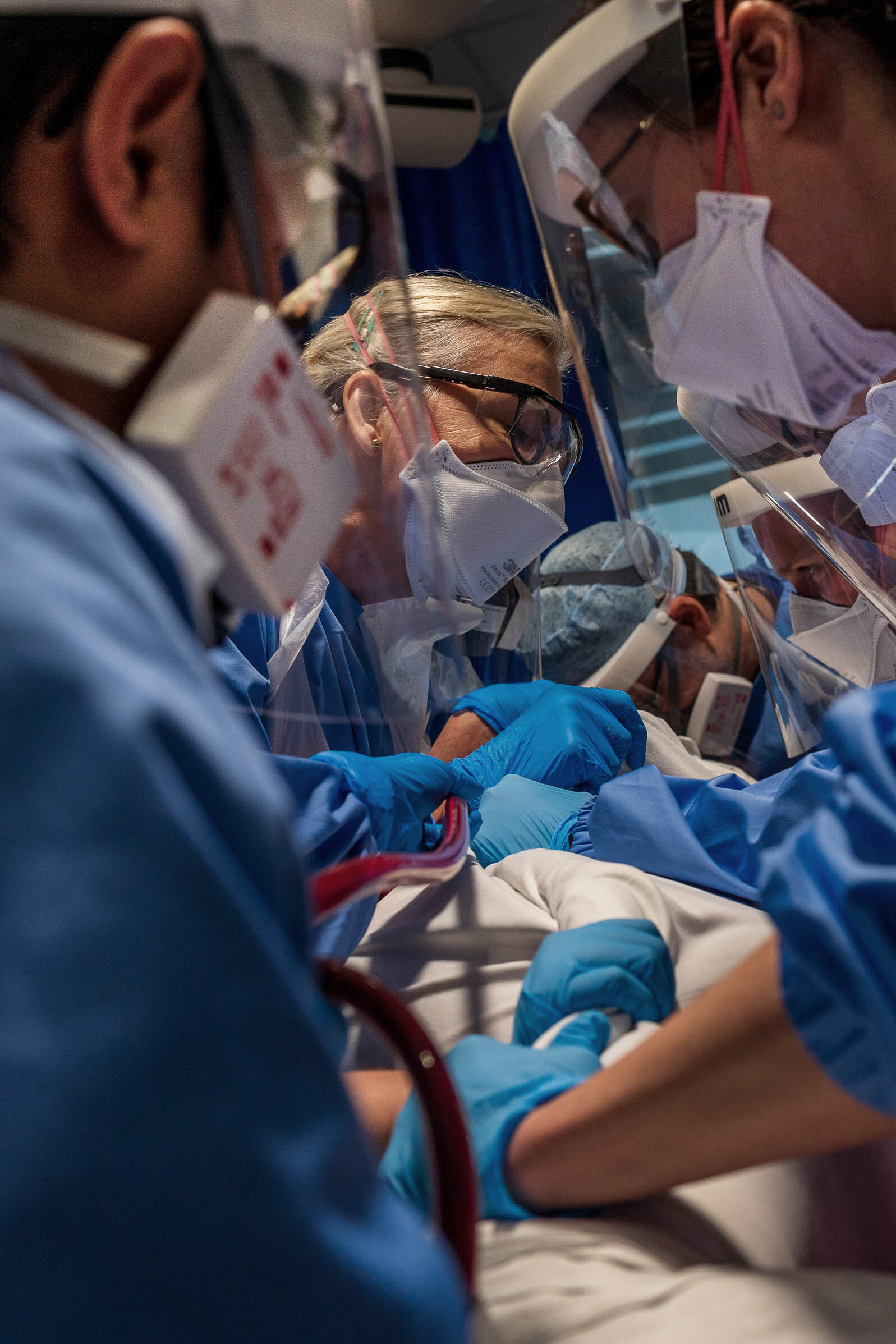 When I visited Royal Papworth Hospital
in Cambridge, England, last summer, everyone thought the worst was be-
hind us. Six months
later, the ward for pati-
ents in respiratory is
at seven times its usual capacity.

To deal with the wave
of deaths, funeral homes have been ordering extra coffins. At Rowland Brothers Funeral Direct-
ors in south London, the atmosphere is grim.

As a photojournalist
who has covered war and humanitarian crises
for 20 years, I recognize
the trauma I see in front-
line workers. The pain and sadness can be over-
whelming.

Photographs and Text by Lynsey Addario

Ms. Addario is a photojournalist, a MacArthur fellow and the author of the memoir “It’s What I Do: A Photographer’s Life of Love and War.”

Nearly a year into the pandemic, the situation in Britain is dire. A vicious first wave has given way to an even more deadly second one. On Tuesday, the country passed a milestone of 100,000 deaths from the coronavirus — which amounts to one of the worst fatality rates in the world. A national lockdown, in place since Jan. 4, has only recently begun to lower the eye-wateringly high number of cases, fueled in part by the emergence of a new, apparently more contagious strain of the virus. The toll on the National Health Service is close to unbearable: Nearly 40,000 Covid-19 patients are in hospitals, almost double the peak last year. 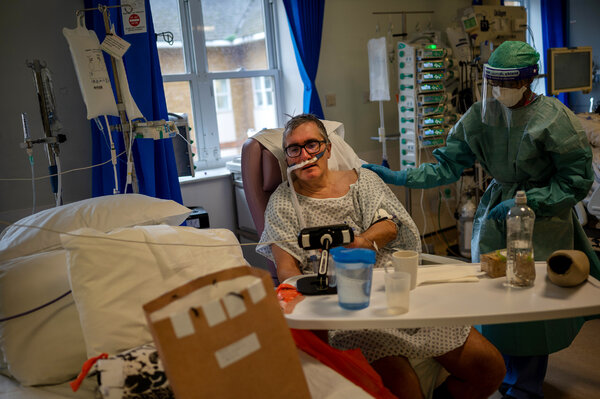 Intensive care units are struggling. Several have already expanded to take on two or three times the number of critical patients they normally treat; nonessential surgery has in places been suspended, and medical staffs have been redeployed. But it is not enough to cope with the crisis. Health care workers, who have tried relentlessly to keep up with the pandemic, are starting to crack.

In mid-January, I visited Barnet Hospital in north London, which specializes in urgent emergency care, and Royal Papworth Hospital in Cambridge, a specialist heart and lung hospital that houses some of the country’s sickest Covid-19 patients. It was a return visit: When I went in May and June last year, the deluge of patients from the first wave had mostly cleared out, and everyone thought the worst was behind us. But six months later, Britain was again facing record numbers of deaths and hospitalizations.

“One of the things that I hear a lot more this time than I did in the first wave is that a lot more people are personally impacted,” Deborah Sanders, the chief executive of Barnet Hospital, told me. That’s especially true for frontline health care workers. “One of our nurses, her husband died in the intensive care unit,” Ms. Sanders said. With over 46,000 medical workers off sick across the N.H.S. this month, staffing has been stretched dangerously thin.

“You just think it can’t get any worse than this, and it does,” Tracy Goodman, a head nurse at the hospital, said. “And it’s still getting worse.”

If I.C.U.s are one side of the tragedy, where workers try desperately to keep patients alive, funeral homes are the other. At Rowland Brothers Funeral Directors in Croydon, in south London, the atmosphere is grim. John Rule, a receptionist, continued his work of guiding people through the labyrinth of new restrictions on funerals and wakes while his mother, a victim of the coronavirus, lay in a coffin downstairs. The pain and sadness can be overwhelming. “With this job, if you take it home with you, then you are defeated,” James Stringer, a 31-year-old funeral home employee who lost his grandmother and his great-uncle to Covid-19, told me.

As a photojournalist who has covered war and humanitarian crises for 20 years, I am familiar with this kind of compartmentalizing. And I recognize the trauma I see in frontline workers, battling to maintain life and dignity in a situation of mounting horror. Though the vaccine — which has reached over seven million people in Britain — is a light at the end of the tunnel, the darkness of what the country has experienced must not be forgotten. For frontline workers and all Britons, these pictures stand as testaments to their trauma and their perseverance.

Lynsey Addario (@lynseyaddario) is a photojournalist, a MacArthur fellow and the author of the memoir “It’s What I Do: A Photographer’s Life of Love and War.”