I’ve been traveling around the United States for six months speaking about ethical leadership. Nearly every place I go, I hear some version of this question: “Are we going to be O.K.?” What the questioner means is, given the current leadership of our country and the ugly undercurrent on which it thrives, is America as we know it going to survive? Yes, is the answer I give, without hesitation. We will recover. How long that takes is up to us, but I am optimistic.

History shows us that America’s progress in fulfilling our aspirations is an upward sloping line. Yes, our present has always fallen short of our values. After all, we were born in original sin — our nation’s founders held inspiring truths to be self-evident while keeping human beings as slaves. But our history is one of continuous progress.

Unfortunately, that line marking our progress is not a solid one. We make progress, then we regress, then we make progress again. The upward jag is always larger than the retreat, which is why the line has a positive slope upward across 242 years. But our line is jagged.

In his new book, “The Soul of America,” the historian Jon Meacham reminds us that the years after the end of World War I were a period of stunning progress for our country. Women got the right to vote. Blacks moved into the growing industrial economy. Catholics and Jews flooded in as immigrants. But that change brought reaction. In the 1920s, the Klan was reborn. Millions of Americans joined the K.K.K., including 16 United States senators, 11 governors and dozens of members of the House of Representatives. Tens of thousands of Klansmen in white robes marched on the National Mall in Washington. Immigration was severely restricted. Then the Klan fever broke in the late 1920s and we resumed our upward progress. That’s the story of America.

Our country has changed dramatically in recent years. We elected a black man president for two terms and a woman won the popular vote in the 2016 presidential election. We legalized gay marriage, have an entirely new approach to work and technology and families, and we are on a path to the white majority becoming a minority. History shows us that with so much progress and change, a spasm of negativity and backlash was inevitable.

We can’t fully control the natural rhythms of human history. But what we can control is how long this period lasts before the line turns up again. The K.K.K. fever was broken in part because courageous leaders stood up to the Klan and brought millions of good people with them. And that pattern is also repeating itself. 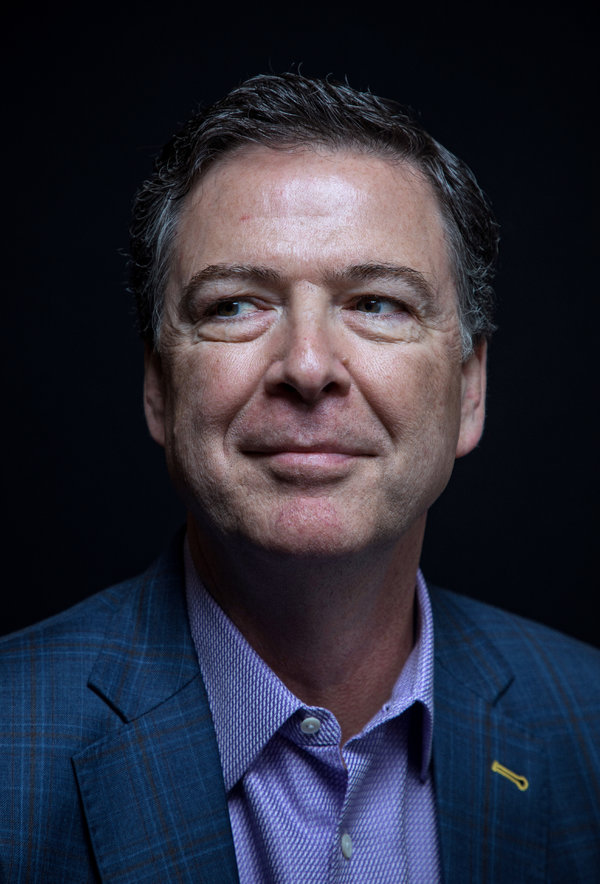 As I travel, I can feel something. If you imagine the ideology of Americans as a bell curve, our core values are secure in the middle with the giant lump of busy, normally disengaged, distracted people. They are voters and nonvoters on the center right and center left, which is a vast majority, in a country where the far-left and far-right wings usually do all the talking and shouting. Every so often in our history, that giant stirs. The murder of little girls at the 16th Street Baptist Church in Birmingham, Ala., in 1963 stirred that giant, which led to bipartisan support in Congress to pass the Civil Rights and Voting Rights acts that changed our country for the better.

I feel the giant stirring. The awakening is slow, but it is underway. Torches and death in Charlottesville. Children in cages at the border. The lying, misogyny, racism and attacks on the rule of law from our president. These things poke the giant. It takes time, but the American people are stirring. They always do. And when they awaken, these fevers break very quickly. Mr. Meacham reminds us that Joe McCarthy disappeared almost overnight, after dominating the country and cowing other leaders for four years.

What the rest of us have to do is not become discouraged or complacent, or be provoked into reacting in ways that betray our values. It falls to all of us to awaken the giant so that we shorten the period before we resume our upward march. Every American should be speaking about our nation’s values. Every American should be voting those values, which are far more important than even the most passionate policy differences. The history of America consoles us, but also calls us to action.

James Comey is the former F.B.I. director and author of “A Higher Loyalty: Truth, Lies, and Leadership.”