SAN FRANCISCO — With the growing recognition that prosecutors hold the keys to a fairer criminal justice system, the term “progressive prosecutor” has almost become trendy. This is how Senator Kamala Harris of California, a likely presidential candidate and a former prosecutor, describes herself.

Time after time, when progressives urged her to embrace criminal justice reforms as a district attorney and then the state’s attorney general, Ms. Harris opposed them or stayed silent. Most troubling, Ms. Harris fought tooth and nail to uphold wrongful convictions that had been secured through official misconduct that included evidence tampering, false testimony and the suppression of crucial information by prosecutors.

Consider her record as San Francisco’s district attorney from 2004 to 2011. Ms. Harris was criticized in 2010 for withholding information about a police laboratory technician who had been accused of “intentionally sabotaging” her work and stealing drugs from the lab. After a memo surfaced showing that Ms. Harris’s deputies knew about the technician’s wrongdoing and recent conviction, but failed to alert defense lawyers, a judge condemned Ms. Harris’s indifference to the systemic violation of the defendants’ constitutional rights.

Ms. Harris contested the ruling by arguing that the judge, whose husband was a defense attorney and had spoken publicly about the importance of disclosing evidence, had a conflict of interest. Ms. Harris lost. More than 600 cases handled by the corrupt technician were dismissed.

Ms. Harris also championed state legislation under which parents whose children were found to be habitually truant in elementary school could be prosecuted, despite concerns that it would disproportionately affect low-income people of color.

Ms. Harris was similarly regressive as the state’s attorney general. When a federal judge in Orange County ruled that the death penalty was unconstitutional in 2014, Ms. Harris appealed. In a public statement, she made the bizarre argument that the decision “undermines important protections that our courts provide to defendants.” (The approximately 740 men and women awaiting execution in California might disagree).

In 2014, she declined to take a position on Proposition 47, a ballot initiative approved by voters, that reduced certain low-level felonies to misdemeanors. She laughed that year when a reporter asked if she would support the legalization of marijuana for recreational use. Ms. Harris finally reversed course in 2018, long after public opinion had shifted on the topic.

In 2015, she opposed a bill requiring her office to investigate shootings involving officers. And she refused to support statewide standards regulating the use of body-worn cameras by police officers. For this, she incurred criticism from an array of left-leaning reformers, including Democratic state senators, the A.C.L.U. and San Francisco’s elected public defender. The activist Phelicia Jones, who had supported Ms. Harris for years, asked, “How any more people need to die before she steps in?”

Worst of all, though, is Ms. Harris’s record in wrongful conviction cases. Consider George Gage, an electrician with no criminal record who was charged in 1999 with sexually abusing his stepdaughter, who reported the allegations years later. The case largely hinged on the stepdaughter’s testimony and Mr. Gage was convicted.

Afterward, the judge discovered that the prosecutor had unlawfully held back potentially exculpatory evidence, including medical reports indicating that the stepdaughter had been repeatedly untruthful with law enforcement. Her mother even described her as “a pathological liar” who “lives her lies.”

In 2015, when the case reached the United States Court of Appeals for the Ninth Circuit in San Francisco, Ms. Harris’s prosecutors defended the conviction. They pointed out that Mr. Gage, while forced to act as his own lawyer, had not properly raised the legal issue in the lower court, as the law required.

The appellate judges acknowledged this impediment and sent the case to mediation, a clear signal for Ms. Harris to dismiss the case. When she refused to budge, the court upheld the conviction on that technicality. Mr. Gage is still in prison serving a 70-year sentence.

That case is not an outlier. Ms. Harris also fought to keep Daniel Larsen in prison on a 28-year-to-life sentence for possession of a concealed weapon even though his trial lawyer was incompetent and there was compelling evidence of his innocence. Relying on a technicality again, Ms. Harris argued that Mr. Larsen failed to raise his legal arguments in a timely fashion. (This time, she lost).

She also defended Johnny Baca’s conviction for murder even though judges found a prosecutor presented false testimony at the trial. She relented only after a video of the oral argument received national attention and embarrassed her office.

And then there’s Kevin Cooper, the death row inmate whose trial was infected by racism and corruption. He sought advanced DNA testing to prove his innocence, but Ms. Harris opposed it. (After The New York Times’s exposé of the case went viral, she reversed her position.)

All this is a shame because the state’s top prosecutor has the power and the imperative to seek justice. In cases of tainted convictions, that means conceding error and overturning them. Rather than fulfilling that obligation, Ms. Harris turned legal technicalities into weapons so she could cement injustices.

In “The Truths We Hold,” Ms. Harris’s recently published memoir, she writes: “America has a deep and dark history of people using the power of the prosecutor as an instrument of injustice.”

She adds, “I know this history well — of innocent men framed, of charges brought against people without sufficient evidence, of prosecutors hiding information that would exonerate defendants, of the disproportionate application of the law.”

All too often, she was on the wrong side of that history.

It is true that politicians must make concessions to get the support of key interest groups. The fierce, collective opposition of law enforcement and local district attorney associations can be hard to overcome at the ballot box. But in her career, Ms. Harris did not barter or trade to get the support of more conservative law-and-order types; she gave it all away.

Of course, the full picture is more complicated. During her tenure as district attorney, Ms. Harris refused to seek the death penalty in a case involving the murder of a police officer. And she started a successful program that offered first-time nonviolent offenders a chance to have their charges dismissed if they completed a rigorous vocational training. As attorney general, she mandated implicit bias training and was awarded for her work in correcting a backlog in the testing of rape kits.

But if Kamala Harris wants people who care about dismantling mass incarceration and correcting miscarriages of justice to vote for her, she needs to radically break with her past.

A good first step would be to apologize to the wrongfully convicted people she has fought to keep in prison and to do what she can to make sure they get justice. She should start with George Gage. 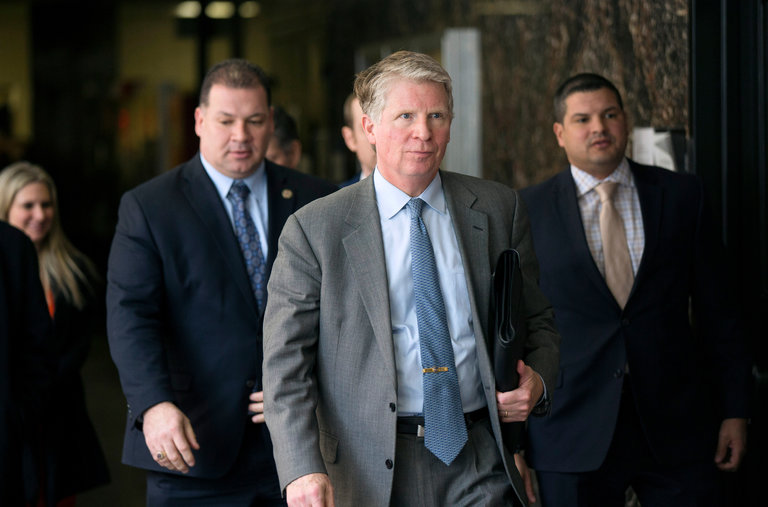 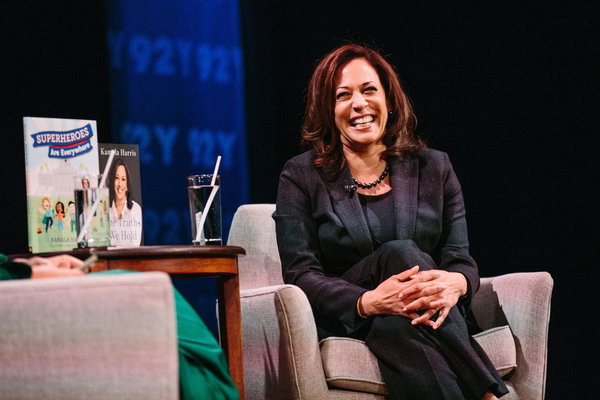 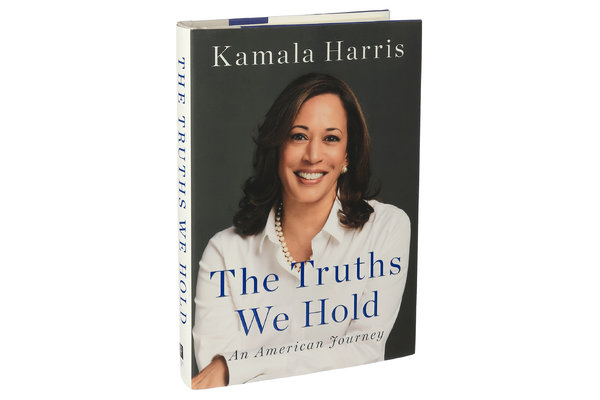 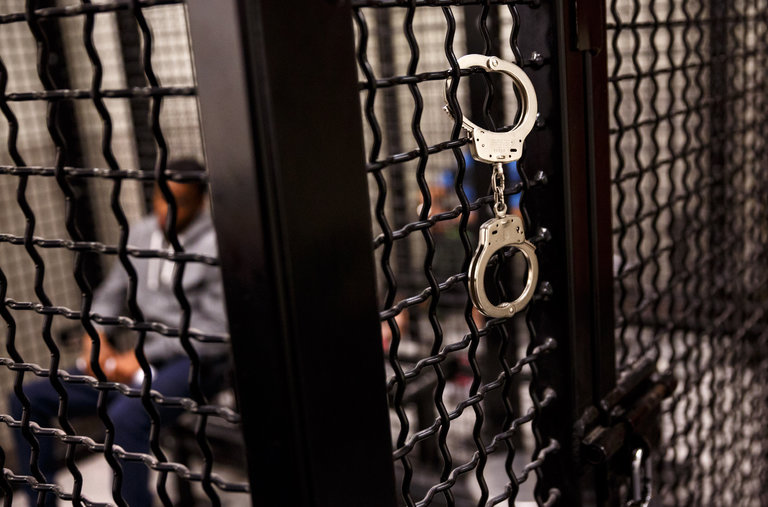 Lara Bazelon (@larabazelon), an associate professor at the University of San Francisco School of Law, is the author of, most recently, “Rectify: The Power of Restorative Justice After Wrongful Conviction.”