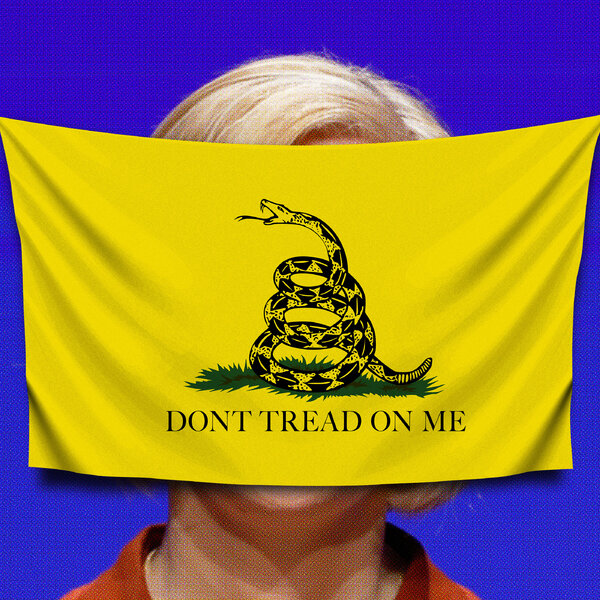 Liz Truss, Britain’s newish prime minister, has fallen from grace faster than any leader I can think of. According to a poll released Monday, she has only 9 percent approval among British voters — a performance that would probably be impossible in the United States, where extreme political polarization guarantees that even a leader who, say, instigated a violent insurrection will retain a large base of support. The Star, a British tabloid, has a livestream of a head of lettuce next to a picture of Truss, asking which will last longer.

But how did it go so wrong, so fast?

The immediate answer is that financial markets hated Truss’s fiscal plan, unveiled on Sept. 23, which called for unfunded tax cuts for the affluent. Interest rates soared and the pound plunged; the government was soon forced into reversing more or less the whole thing.

But what provoked this market reaction? When the tax cuts were announced, many conservatives compared Truss’s policies — favorably — to those of Ronald Reagan and Margaret Thatcher. When Reagan pushed through unfunded tax cuts, they also raised interest rates — but they drove the dollar up, not down. Thatcher similarly presided over a strong pound. Why was this time different?

Many observers suggested that investors feared that Britain would start to behave like an emerging market, in which governments try to cover budget deficits by printing money; fears of inflation would indeed lead to higher interest rates but a weaker pound. But this was a bit hard to believe: The Bank of England is politically independent, and unlikely to ratify deficit spending.

A subtler argument would be that the bank, while presumably unwilling to bail out government finances, would nonetheless act to bail out private actors, notably pension funds, which were in fact placed in peril by spiking interest rates. Indeed, the bank did intervene to limit what it considered the danger of a sort of death spiral driven by forced fire sales of long-term bonds.

But the British economist Simon Wren-Lewis argues persuasively that financial markets were responding in large part to increased uncertainty, which was in turn largely a reflection of political uncertainty. The Truss economic plan was obviously unsustainable politically, but it wasn’t clear what would come next.

I’m still mulling over that story about the markets, but the political point is clear. Truss staked out a political position that, to a first approximation, has no public support either in Britain or in the United States. So failure was inevitable.

Politics in the modern West tends to be more or less two-dimensional. One dimension is the left-right divide in economic policy, between those who favor high taxes on the rich and large social benefits and those who want low taxes and small government. The other dimension is the divide over social issues, between those who favor policies promoting racial equality and gay rights and those who bitterly oppose anything they consider “woke.”

Notice that the quadrant representing a combination of social liberalism and economic conservatism — what you might call the libertarian position — is largely empty. I sometimes joke that there are only around 15 true libertarians in America, and they all wear bow ties.

More seriously, you can see that most voters like government benefits, a lot. Opposition to social spending comes mainly from voters who believe that spending goes to the wrong people — people who don’t look like them.

Now think about how politicians place themselves. Here’s my even more schematic chart:

Liz Truss is squarely in the libertarian box. She didn’t make appeals to anti-immigrant, anti-woke sentiment; she did advocate what one analysis assessed as the most conservative economic position of any party in the developed world. So she placed herself in the political wilderness, a barren quadrant where few voters may be found.

It’s unclear what comes next. Truss has reversed course on tax cuts, but the Tories are still advocating deeply unpopular spending cuts. But let me turn from the British scene to that in the United States, and the continuation of a puzzle I noted several years ago.

There are, however, many voters who are economically relatively liberal and socially illiberal — who hate wokeness and fear immigrants but want to maintain and even expand Social Security and Medicare, at least for people they see as “real” Americans. Such voters do have political champions in other countries: France’s National Rally, formerly the National Front, established its identity as an anti-immigrant, Islamophobic party, but it has been attacking President Emmanuel Macron’s economic policies from the left, denouncing his plans to raise the retirement age.

In the United States, though, socially illiberal voters who want a strong safety net for themselves have effectively no representation. Donald Trump made a play for such voters in 2016, posing as a different kind of Republican, but once in office he slashed taxes for the rich and tried to kill Obamacare. If Republicans win one or both houses of Congress next month, they’ve already signaled that they will use the debt limit to try to blackmail the Biden administration into cutting Social Security and Medicare.

So even as we marvel at Truss’s political obtuseness, we should ask what it is about the United States that prevents the emergence of anyone catering to a large bloc of voters who want the nastiness of MAGA without the right-wing economics.

The Tories may bring Boris Johnson back.

“When I drive into fog, I slow down.”

Since Trump has been bringing back the good old days …