“You have to be tough to make it in New York City,” Mayor Bill de Blasio boasted, choosing to jeer at Amazon as it canceled its plans on Thursday to build a new headquarters in Queens, after some local officials angrily criticized its proposal.

What a strange thing for the mayor to take pride in. It’s certainly true that you have to be tough these days. But that’s because the subways don’t work, the streets are gridlocked, the housing is unaffordable, the shelters are overcrowded, and the schools are segregated and often inadequate. Now think how much tougher it’ll become for the typical citizen — not the ones who ride in chauffeured government cars — if New York gets a reputation for the smugness of its politicians and their hostility to business.

There were all sorts of problems with the deal New York cut to bring Amazon to the city, and Amazon is no paragon, but its abrupt withdrawal was a blow to New York, which stood to gain 25,000 jobs and an estimated $27 billion in tax revenue over the next two decades. This embarrassment to the city presents a painful lesson in how bumper-sticker slogans and the hubris of elected — and corporate — officials can create losers on all sides.

Gov. Andrew Cuomo and Mr. de Blasio, in a rare fit of comity, rolled out the red carpet for Amazon, for what would have been one of the biggest economic deals ever in the state. They offered the company $3 billion in tax benefits to build a campus in the Long Island City neighborhood. But it was clear as soon as the company, governor and mayor announced the deal in November that not all New Yorkers felt welcoming.

Politicians and activists had good reason to criticize the size of the tax breaks and the secrecy of the negotiations. After years of rapid development in New York that has come with soaring real estate prices, many rightly feared Amazon’s arrival could accelerate already costly gentrification.

Things quickly got out of hand, though, and reasonable criticism of the deal was overwhelmed by opposition to the company itself, even as polls showed wide support for Amazon’s move to Queens. Elected officials who identify as progressive painted Amazon as a rapacious engine of inequality. It seemed that few were interested in having a constructive conversation about how to improve the deal and make it work for the tech giant and the city.

Some berated the company’s executives in a City Council hearing and at rallies. That kind of tough talk is par for the course in “if you can make it here, you can make it anywhere” New York. But in grandstanding, they missed an opportunity to try to get the company to help address housing and infrastructure problems that the development, for all its benefits, would exacerbate. Perhaps they thought the city’s pool of skilled workers and many other attractions made it so irresistible that there was no need to negotiate.

“We have the best talent in the world, and every day we are growing a stronger and fairer economy for everyone,” the mayor said. “If Amazon can’t recognize what that’s worth, its competitors will.” Because, you know, Amazon’s competitors have a great track record of seeing the future more clearly than Jeff Bezos.

Last week, the State Senate majority leader, Andrea Stewart-Cousins, nominated a critic of the deal, Senator Michael Gianaris, to a state board that had veto power over it. Mr. Gianaris, who represents the district where the campus would have been located, had legitimate concerns over the arrangement and wanted more investment from Amazon in the city. Though his staff was engaged in discussions with Amazon, he refused even to meet with anyone from the company. His appointment could only have helped Amazon decide to call New York’s bluff. The governor seems to think so.

“The New York State Senate has done tremendous damage,” Mr. Cuomo said in a statement on Thursday. “They should be held accountable for this lost economic opportunity.” He’s got a point.

Blame also needs to be assigned, of course, to a system in which powerful corporations can milk billions in tax benefits out of cities and states to locate facilities, without any added investment in infrastructure, schools and other benefits. Amazon, one of the richest companies in the world, run by the richest man in the world, had held a nationwide contest in which governments scraped together enough entitlements to satisfy it, even as those same cities struggled to fortify corroding infrastructure and stave off a housing crisis that has pushed the middle class to the brink and forced the poor into homeless shelters.

Amazon’s initial offerings to New York — like a $5 million commitment to work force development — were meager. The company displayed arrogance of its own and seemed to have little respect for greater public scrutiny and review, and little interest in salvaging the deal once it became vulnerable.

Mssrs. Cuomo and de Blasio should have better prepared for what was in store, since their constituents are maybe more worried about housing, subways and the cost of living than in job creation alone. In fact, it’s partly thanks to the failure of these elected leaders to seriously address the subway and housing crises that Amazon was met by some with such visceral anger and anxiety. If they’d better anticipated that reaction, they might have worked with the company to address these issues, and win local buy-in before things went off the rails. Then, together with Amazon, they could have helped the city diversify its economy and leverage the power of a tech giant to help solve big problems. It’s an opportunity lost. May it also be a lesson learned. 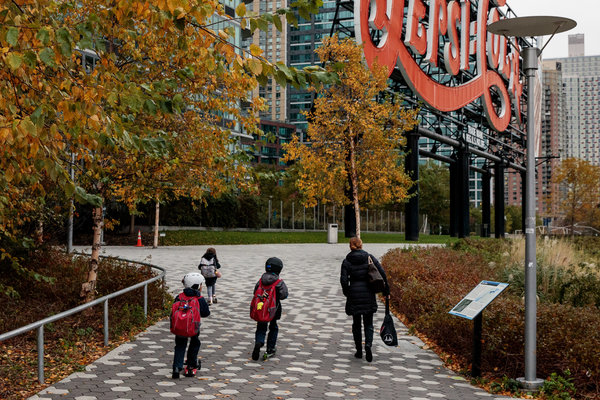 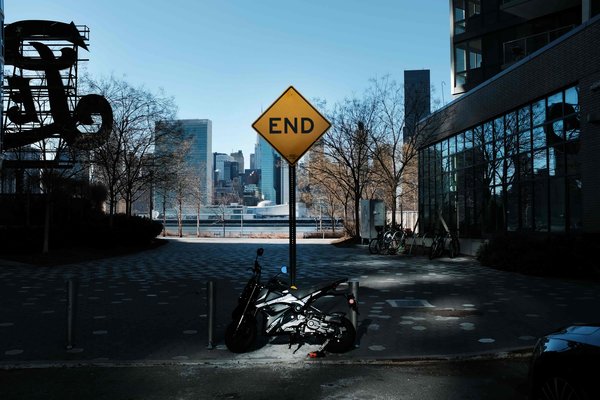