One of the things I’m grateful for this Thanksgiving is the warm welcome that America extended to a man born 100 years ago in what is now Ukraine.

Wladyslaw Krzysztofowicz was born into an Armenian family in a dangerous region; you might think of it as the Honduras of its day. During World War II, some family members were murdered by the Nazis; afterward, some survivors were killed by the Soviet “liberators.”

Wladyslaw escaped by swimming across the Danube River from Romania to Yugoslavia, was almost executed, made his way to France — and began to dream of coming to America.

My father, for that’s who he was, explored illegal options, including a fake marriage with a U.S. citizen, but in the end the First Presbyterian Church in Portland, Ore., sponsored him — even though he was Catholic, spoke no English and originated in a Communist country that was then our enemy.

There were many reasons not to take him: The sponsors had to pay his transportation to America, cover his expenses and find him a job that didn’t require English (he initially worked as a logger). They did all this with tremendous generosity; I’m still trying to pay it forward.

So in 1952, my father was on the deck of the ship Marseille as it approached New York Harbor. A white-haired Boston woman tried to chat with him, but my dad couldn’t understand her.

The woman took out a piece of paper and wrote down the famous lines on the Statue of Liberty in front of them: “Give me your tired, your poor, your huddled masses yearning to breathe free. …”

“Keep this as a souvenir, young man,” she told him. Then she corrected herself: “Young American.”

My father was moved that he should be welcomed as a “young American” before he had even set foot on American soil. He kept that piece of paper in his wallet for years as a memento of the values of his new homeland.

There were difficulties, of course. No one could pronounce a first name bristling with consonants or a surname with three Z’s, so he shortened his name to Ladis Kristof. He learned English, and Reed College and then the University of Chicago admitted him on scholarships. Eventually, he became a university professor.

Nobody held it against him that he had a thick Slavic accent, couldn’t name a Beatles song and was fuzzy about whether the Super Bowl involved basketball or football. As an outfielder in a baseball game at a picnic, he grabbed a ground ball and threw it so that he hit a batter barreling toward second base; he was proud of his throw and exasperated that the runner wasn’t called out.

That is what I give thanks for: an America willing to embrace immigrants with puzzling accents. I give thanks as well that this thread of magnanimity has, mostly, triumphed over the other thread represented by the Know-Nothings, the anti-Catholic riots, the Chinese Exclusion Act, the exclusion of Jewish refugees like Anne Frank, the internment of Japanese-Americans, the Muslim ban and this year, the separation of immigrant families at the Mexican border. Such ugliness has left a series of stains on our history. 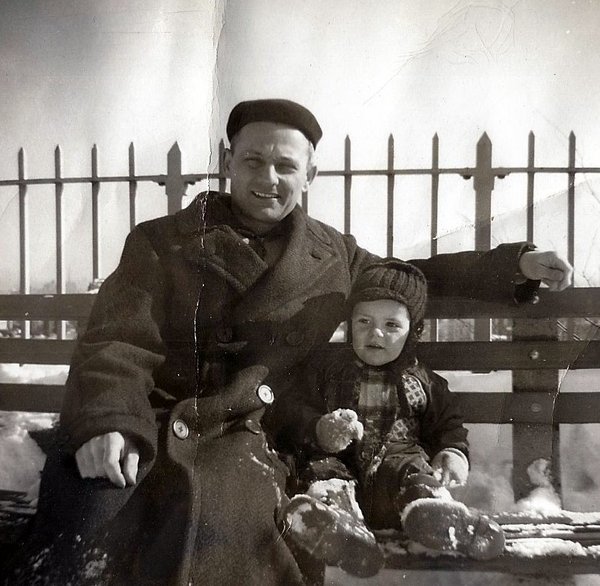 Granted, immigration is a complex issue. We can’t open our borders and admit everyone, so there are difficult lines to draw and trade-offs to make. President Trump sometimes talks about moving toward a Canadian-style system that gives preference on immigration to educated professionals rather than to relatives of those already here, and that’s a reasonable policy suggestion worth debating.

What’s not reasonable is the demonization of Syrian or Honduran refugees, or orders to tear children from their parents. This Thanksgiving, I give thanks to all those lawyers, social workers and volunteers who for months have been assisting migrants and trying to reunite traumatized children with panicked parents.

There are still many children who have not been reunited with families (245 as of last month). In some cases, American authorities effectively kidnapped immigrant children from parents and placed them in foster care. As we gather with our families, they wonder if they will see their families again.

My father died in 2010. He is not here on what would be his 100th birthday to see his adopted homeland dispatch troops to the border as a political stunt to combat “invaders.” I give thanks that my dad arrived at a time when Americans saw the humanity in foreigners even if they dared try to improve the rules of baseball.