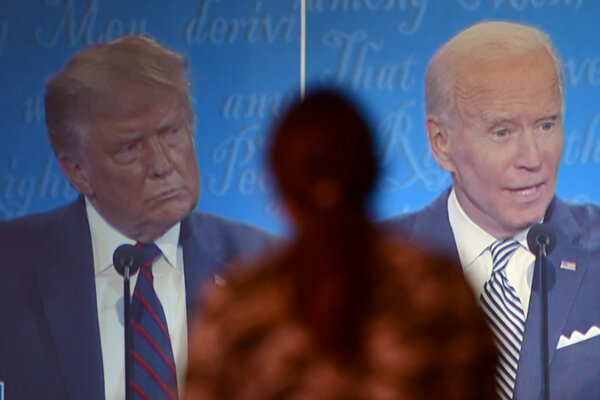 Donald Trump’s dominance of the political stage for the past seven years galvanized what had been a slow-burning realignment, creating a profound upheaval in the electorate and in both the Democratic and Republican parties.

The support Trump received in rural communities and the animosity he provoked among well-educated suburbanites accelerated the ongoing inversion — on measures of income, education and geographic region — of white Democratic and Republican voters. (White voters make up 67 percent of the electorate.)

These trends prompted Nolan McCarty, a political scientist at Princeton, to comment in an email that the Democrats

Richard Pildes, a law professor at N.Y.U., argued that

politics throughout the Western democracies is in recent years is the midst of the most dramatic reconfiguration of the political parties and their bases of support in seventy or so years. Since the New Deal in the United States and WW II in Western Europe, the base of the dominant parties of the left was less affluent, less highly educated voters; the dominant parties of the right drew their primary support from higher income, more highly educated voters.

Now, Pildes continued, “we are witnessing the complete inversion of that pattern, and the question is whether this is a temporary or more enduring realignment of the political parties throughout the West.”

In his email, Pildes noted that in the 1940s

The ramifications of these developments, which predate Trump’s entry into presidential politics in 2015, “radiate throughout the electoral process in the United States,” Pildes argued:

At the same time, there are counter-developments more favorable to the left.

Nicholas Stephanopoulos, a law professor at Harvard who focuses on redistricting and demographic trends, argued in an email that “the country’s political geography is now less pro-Republican.” While “the conventional wisdom has it that Democrats are disadvantaged in redistricting because of their inefficient over-concentration in cities,” he continued, “the Trump era seems to have changed the country’s political geography in ways that are beneficial to Democrats.”

modestly reduced the enormous Democratic edge in cities, thus undoing some of this packing of Democratic voters. Trump also did significantly better in rural areas, to the point that some of them are about as red (and so as packed with Republicans) as cities are blue. And Trump bled support in the suburbs, so that the country’s most populous and competitive areas now lean toward the Democrats instead of the Republicans.

As a result, Stephanopoulos argued,

the U.S. House will likely be close to unbiased in partisan terms in 2022. A group of scholars peg the likely bias at around 3 percent pro-Republican, while Nate Silver’s model, which incorporates additional variables like incumbency and polling, thinks the likely bias will be around 1 percent pro-Democratic.

Republicans won 234 seats in 2012 despite the fact that Democrats won, by 2 percent, a majority of votes cast in House elections, according to Stephanopoulos, “but Nate Silver now thinks that Republicans will win the national House vote by 5 percent in 2022, yet only pick up the same 234 seats they got in 2012.”

Robert M. Stein, a political scientist at Rice University, agrees with Stephanopolous and cites trends in Texas to show the pro-Democratic shift:

Consider the Texas Republican Party’s redistricting plan in 2010 and its durability over the last decade. Beginning in 2010 Republicans held a 100 to 50 seat advantage in the Texas House of Representatives. By 2020, this margin had shrunk to 83-67. In each biennial election since 2010, Democrats picked up House seats, mostly in suburban and exurban areas of the state.

was largely driven by the changing demography of the state. Another source of this shift can be laid at the feet of candidates like Donald Trump and Ted Cruz. The result, at least in Texas, is that some of the most competitive areas (districts) in the state are not the big cities, but exurban and suburban counties including Collin, Denton, Fort Bend and Williamson. Prior to 2016 voters in these counties were trending Republican; now they are leaning Democratic or tossups.

Brian Schaffner, a political scientist at Tufts, cited surveys conducted by the Cooperative Election Study from 2010 to 2020 showing that “one of the most significant shifts we see in our data is increasing Democratic strength in suburbs, especially since the early 2010s.”