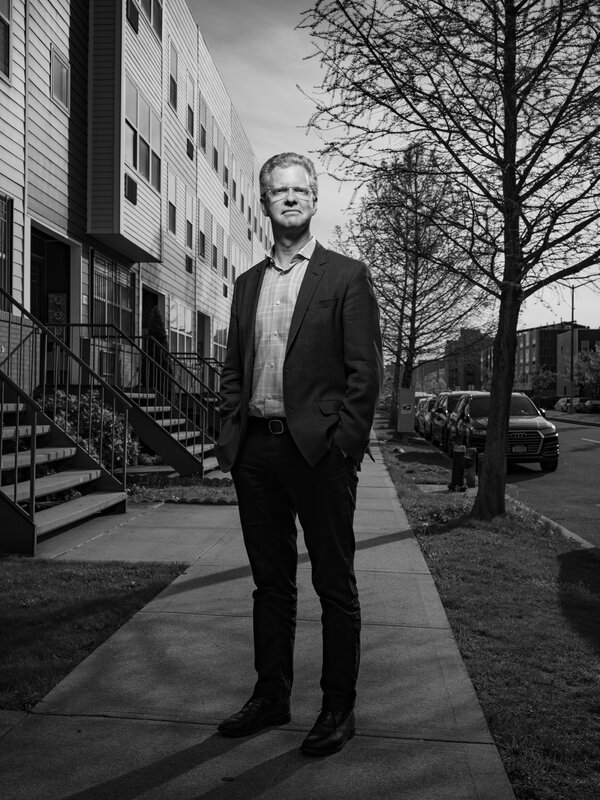 This interview with Mr. Donovan was conducted by the editorial board of The New York Times on April 21.

Read the board’s endorsement for the Democratic mayoral primary here.

Kathleen Kingsbury: Secretary Donovan, good to see you. You are muted.

I’m a bit of a rookie on Google Meet.

Kathleen Kingsbury: Thank you so much for being with us. We only have a limited time together, so if you don’t mind, I’m just going to jump right in. My first question will give you a chance to tell us a little bit more about yourself, which is, why do you want this job? Why would you be better than anyone else in the field of candidates?

Well, thank you all for having me today, and it’s a real pleasure to be with you even in this format. I wish we were meeting at The New York Times. Look, I fundamentally believe that this city is in a moment of reckoning and that this is the most important mayoral election of our lifetimes. Our city can either slide backward or rebound from this crisis and tragedy. And like every disaster, this one has not affected all of us the same.

For many, there’s a palpable sense of excitement that our city is coming back, and I will build on that as mayor. But for millions of others, profound loss remains. Thirty thousand of our neighbors are gone and half a million more are out of work. There are millions of others who are struggling just to pay the rent and to put food on the table, and so many of those people were struggling even before this crisis hit.

We need a mayor who can bind up our wounds and move this city forward, a mayor who understands that once the health pandemic is behind us, the economic and equity pandemics will still be in front of us. And I believe there is only one candidate who has actually seen a crisis like this, led through it and knows how to bring our entire city back. We have to get this decision right. We need a mayor who will not just repair and rebuild this city, but reimagine it as a city that works for everyone.

Now, I became a public servant because I grew up in the city at a different time of crisis. As a child, I saw homelessness exploding on our streets. I saw neighborhoods like the South Bronx and central Brooklyn crumbling, even burning to the ground. And it made me angry and made me ask, how can we allow our neighbors to sleep on our streets, our communities to crumble?

So I went to work. I started volunteering at a homeless shelter. In college, I interned for the National Coalition for the Homeless, and I learned about a remarkable leader in Brownsville and East New York in Brooklyn named Bishop Johnny Ray Youngblood, who was building thousands of Nehemiah homes to rebuild his community, to build Black and brown wealth. When I finished school, I came to him and I said, ‘Put me to work,’ and I went to a nonprofit that was working directly with him to rebuild those communities. That began a 30-year career on the front lines of housing and homelessness, of economic and racial justice, a career that’s taught me again and again what it means to lead through crisis.

In fact — I try not to take it personally — a crisis seems to follow me wherever I go in public service. I was housing commissioner for Mayor Bloomberg in this city in the wake of 9/11. I was housing secretary in the midst of the worst housing crisis of our lifetimes, when Sandy hit our shores. President Obama asked me to lead the entire federal recovery effort, and then he asked me to lead the $4 trillion federal budget. Just weeks later, Ebola hit and later Zika, and I ended up side by side in the Situation Room with Dr. Fauci, with all our military leaders, with President Obama and then-Vice President Biden, making sure that emerging global health threats didn’t become pandemics that cost tens of thousands of our neighbors their lives.

So I know what it means to lead through crisis, and I know that those who are the most vulnerable before a crisis are always hurt the worst by it. I was angry, but not surprised, that Black and brown communities have been hurt the worst. And that’s why I’ve put the most vulnerable, and equity, at the forefront of all of my work, whether it’s leading the strategy to dramatically reduce homelessness around this country, making sure by giving real meaning to the Fair Housing Act of 1968 that Black and brown people could live wherever they choose, becoming the first cabinet secretary in history to endorse marriage equality. My work on climate change and immigration and so many other issues.

In fact, I believe I’m the real progressive in this race because I’ve made the most progress on issues of inequality. And that’s why I put those issues at the forefront of my campaign with the biggest, boldest ideas to make sure that our neighborhoods don’t determine our futures, by creating 15-minute neighborhoods ——

Mara Gay: In fact, I want to ask you about that, if you give me a chance. You have some of the best ideas in this race: transforming every neighborhood in New York into a 15-minute neighborhood — which, for my colleagues, is actually an idea that came from Hidalgo, from Paris — that every New Yorker would have good health care, school, a coffee shop within a 15-minute walk; an equity bonds plan to give every kid $1,000 when they’re born that would grow; speeding the closure of plants and subsidizing air-conditioners to low-income communities in harm’s way. As mayor, how would you turn these ideas into reality, and can you talk a little bit about your management style?

So. Mara, all credit due, Mayor Hidalgo also borrowed that from, I think, the mayor of Vancouver originally. Look, just to make a larger point, one of the things about me that’s different from anybody in this race is I’ve worked with mayors across the country and across the globe. If we really want to be the leading, most innovative city in the world, I think we need to look at other places and make sure we’re building on those.

You know, what I would say is, first, don’t take my word for it. Look at my record. I’ve actually been able to make big change. It would start, for me, by ensuring that we create the city’s first-ever chief equity officer, reporting directly to the mayor, who has jurisdiction over every single agency and is really driving equity through everything that the city does. We need a mayor who understands every issue is an issue of equity, and that would be central to creating real accountability on those plans.

I would also just say that I’m a leader who really understands how to make government work across different agencies. One of the fundamental problems we’ve seen these last few years is a lack of collaboration. Just to pick a very specific example, on homelessness: We try to solve homelessness with homelessness programs when, in fact, the way we made progress in the federal government was to bring together every agency that touches the issue, whether it’s substance abuse, criminal justice — everybody needs to be at the table — and we need to create real accountability through data, holding folks accountable and making sure that we’re doing more of what actually works and less of what doesn’t.

Actually, David Brooks wrote a piece about the work we did on HUDStat and homelessness that got to the center of the way I led on those issues. Finally, I think I’m the only candidate that has that broad experience to make these ideas real.

Kathleen Kingsbury: I’m glad you brought up homelessness and housing in general. You were the housing commissioner under Bloomberg at a time when we saw the cost of housing in this city skyrocket, and tens of thousands of people became homeless. Can you talk a little bit about what you think went wrong there and why we saw some of those things happen?