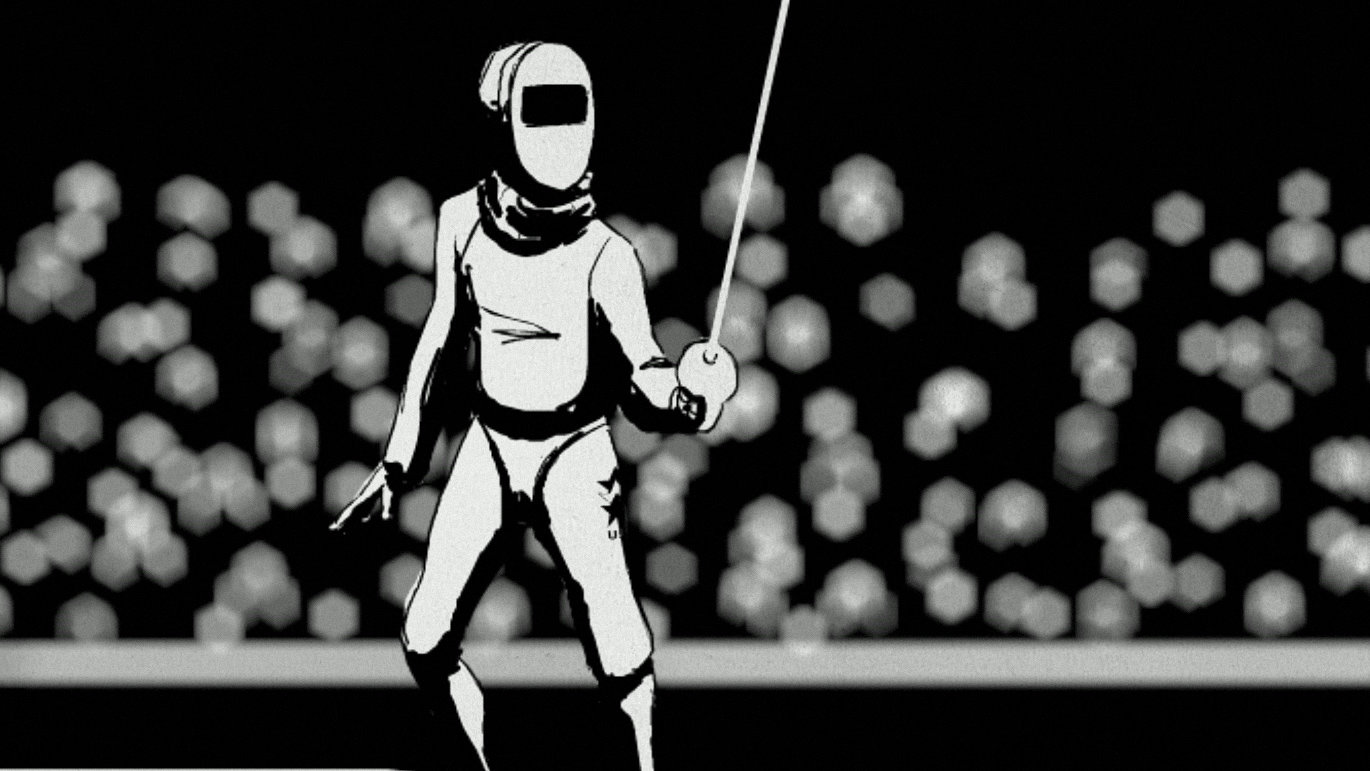 By Shuhan Fan and Luther Clement

You might think that Keeth Smart, the stoic Olympic fencer portrayed in this film, would be morose as he recounts his parents’ passing or his own brush with death. Instead, he glows. So when we made this film about his fascinating life, we didn’t want it to be sad. Keeth isn’t sad.

This film got its start after Luther moved to New York for college, where he started fencing with Keeth through the Peter Westbrook Foundation, which supports some of the best fencers in the country. After Luther’s fencing career concluded, he turned to video and began collecting the stories of his Peter Westbrook Foundation teammates. When Keeth and his sister Erinn gave us the personal archive of tapes that trace their family’s unlikely path to the Olympics, we were transfixed by their raw intimacy. We decided to animate the rest of his story; with animator Aaron Brewer, we designed our illustrations to match the aesthetic of the archival material. Because we decided to construct the film around Keeth’s narration, we built the film like a music album, drawing more artistic cues from Frank Ocean’s Blonde than from any documentary film.

We aspired to make a final product that is as wholly representative of Keeth and his outlook on life. We hope that everyone else is as inspired by him as we are.

Shuhan Fan and Luther Clement began collaborating as MFA students at Northwestern University in 2016. This film premiered at the 2019 Sundance Film Festival.