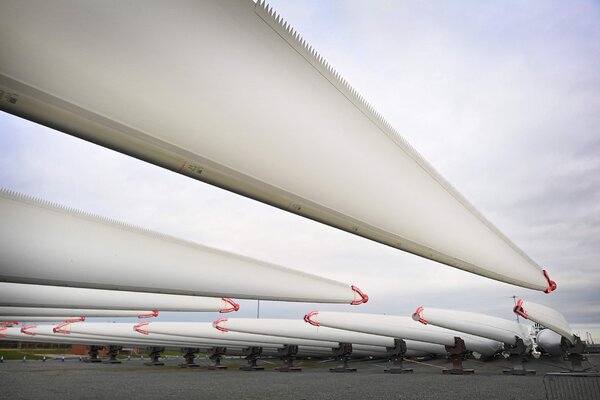 Dr. Bistline is a program manager at the Electric Power Research Institute. Dr. Azevedo is an associate professor of energy resources engineering at Stanford University. Dr. Bataille is a senior researcher at Institut du Développement Durable et des Relations Internationales. Dr. Davis is a professor of earth system science at the University of California, Irvine.

The Intergovernmental Panel on Climate Change report, which was released last week and which we co-authored with many colleagues, offers hope for limiting global warming.

But there is no time to waste. And wasted time includes time spent debating issues that divert us from our most important priorities right now.

Unfortunately, debates about distant future decisions and future uncertainties are distracting advocates, policymakers, researchers and the public from their shared, near-term goals. At best, these disputes give observers — especially policymakers and their advisers, who are trying to make tough short-term decisions during a global energy security crisis — a misleading impression that experts disagree about effective steps to decarbonize energy systems. At worst, these disputes can stall progress by delaying policies and incentives that would accelerate clean energy deployment.

Rather than getting mired in these debates, we should focus on credible commitments to public policy, private investment and innovation.

The Paris Agreement goal of keeping warming well below 2 degrees Celsius (3.6 degrees Fahrenheit) means reducing global greenhouse gas emissions by roughly half by 2030, on the way to net-zero emissions by near midcentury. As we pursue these ambitious reductions, debates about how much of our energy can or should come from wind and solar 30 years from now obfuscate a near-consensus on next steps. For the coming decade, rapidly reducing coal electricity and building extensive wind, solar and storage systems are low-cost strategies in many places, regardless of how much energy might or might not eventually come from renewables.

This is because plummeting costs make solar and wind increasingly competitive, and electricity from solar is now the “cheapest source of electricity in history” in some locations, according to the International Energy Agency. Moreover, the costs of batteries,, and other storage technologies are also declining. Together with demand response, energy efficiency, and behavior changes, these strategies may support reliable electricity systems with much higher levels of renewables. And while individual actions may help reduce emissions, dramatic changes to energy supply are likely to play a central role in reaching net-zero emissions.

Let’s also not argue about exactly how much carbon removal may be needed by midcentury. Carbon removal and carbon capture have proven to be polarizing among environmental groups; some have resisted state and federal climate policies because of their inclusion. Bear in mind, though, that there are many options for removing carbon from the atmosphere to offset emissions in agriculture, aviation, and industry. Investing in removal-related research and development and exploring commercialization may be valuable near-term steps, but it’s premature to worry about the right balance of carbon removal versus other strategies. Contrary to claims that carbon removal is fundamentally at odds with other strategies, we can spend the next decade simultaneously deploying available clean energy technologies and scaling up removal strategies.

We can also move past the debate over whether we have all the technologies we need. Pilot-scale and commercial projects exist for almost all emissions sources, even for harder-to-abate ones. We’re unlikely to reach ambitious goals like net-zero emissions without making use of all technology and policy tools at our disposal and without continued investments in research and development. Having more options at lower costs could make the energy transition more affordable. Conversely, progress toward mitigating climate change doesn’t depend on any one technology alone, and we’re making strong progress on many fronts. Innovation often breeds more innovation, so positive surprises may yet await us.

Ultimately, we don’t know exactly what a net-zero emissions energy system will look like, but we know enough to keep us busy for at least a decade: We need to deploy mature technologies (renewables, storage, electric vehicles, efficient equipment like heat pumps) and invest in technologies that may be needed down the road. There’s little doubt that net-zero pathways could decrease fossil fuel use, electrify transport, and improve efficiency.

The United States pledged in 2021 to cut emissions at least in half by 2030, but emissions surged almost 7 percent in 2021. Although the budget bill is currently stalled in the Senate, over $500 billion in clean energy investments in the bill could, according to a recent analysis, put emissions back on track to meet the 2030 target. During a time when global oil and natural gas prices are rising, these tax credits and other policies in the proposed bill also could lower annual energy expenses by 6.6 percent for households and businesses by 2030.