The United States used to be a
country of dramatic invention and dynamic change. Today, our politics are sclerotic,
and our dreams are small. What happened?

The United States used to
be a country of dramatic
invention and dynamic change. Today, our politics are
sclerotic, and our dreams are
small. What happened? 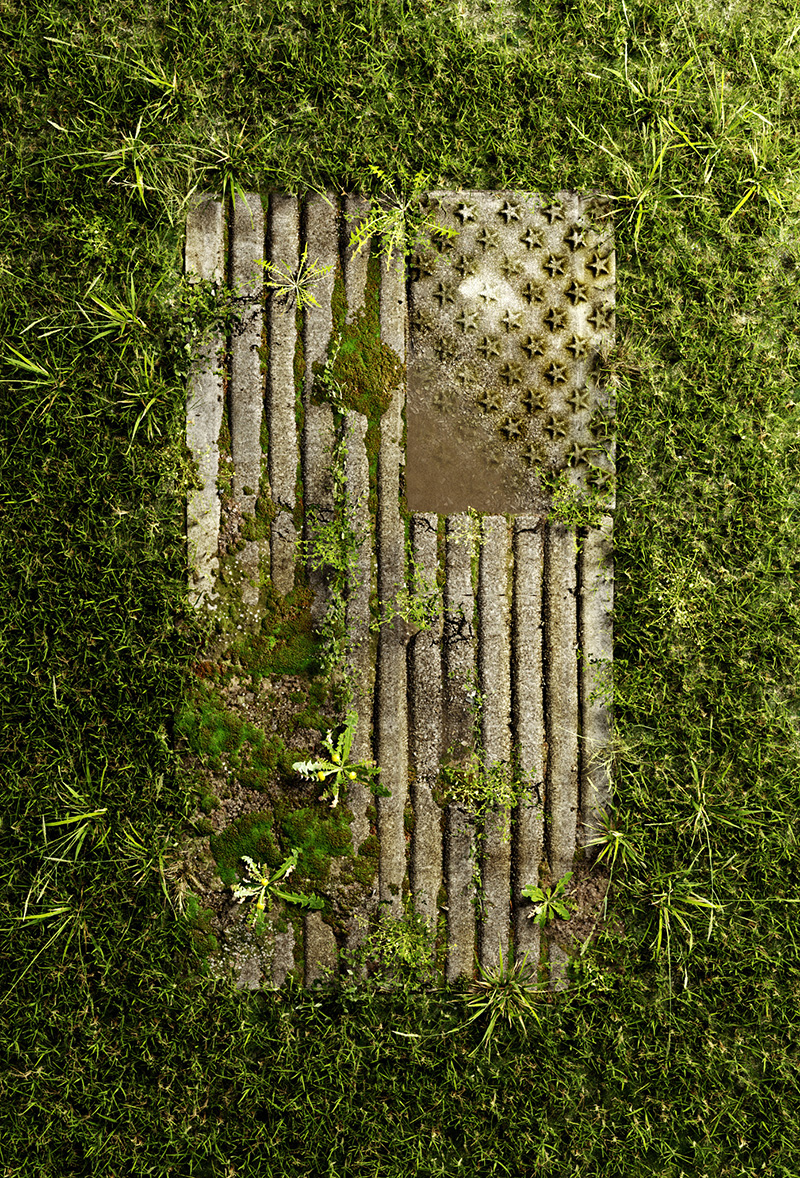 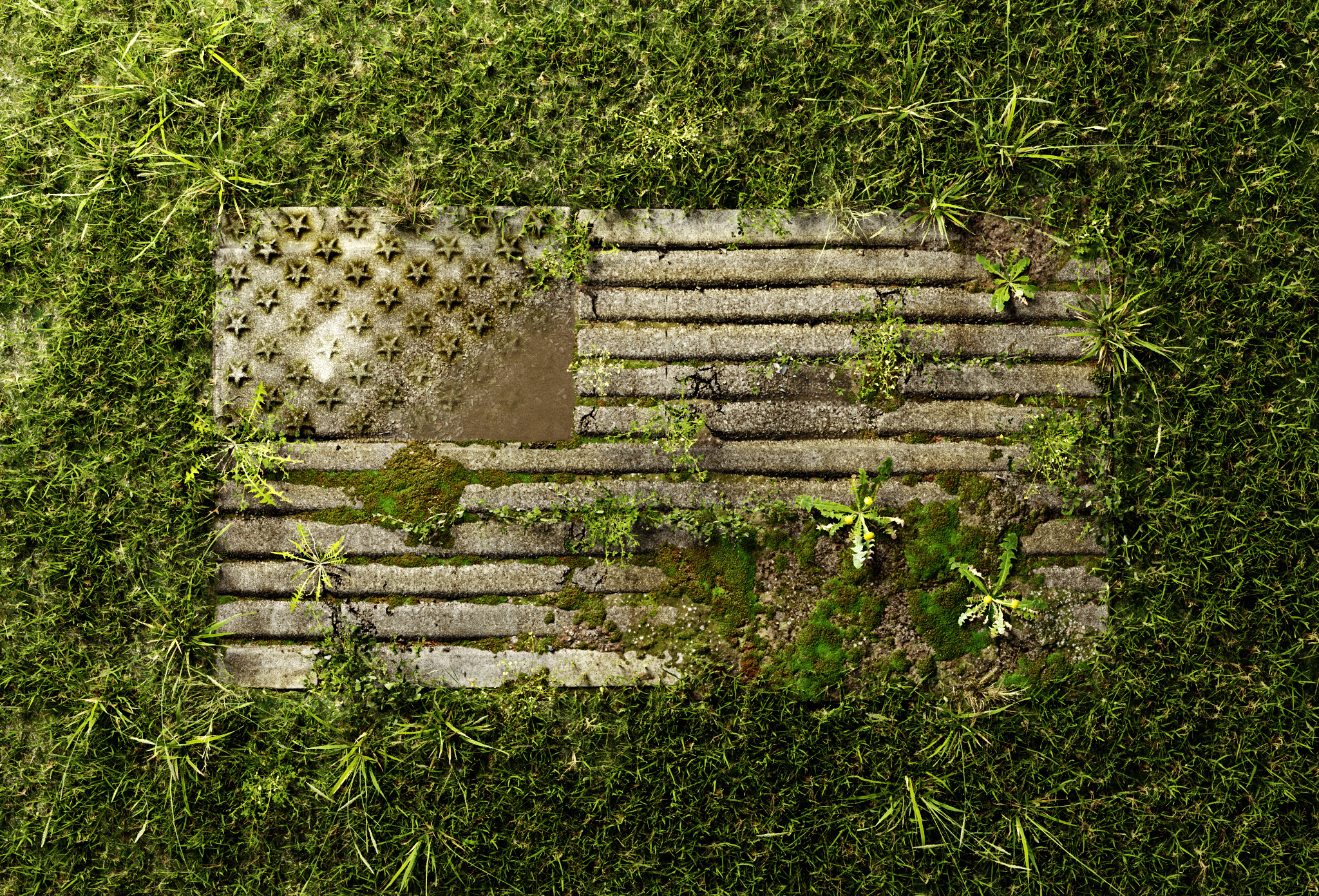 Mr. Immerwahr is a professor of history at Northwestern and the author of “How to Hide an Empire: A History of the Greater United States.”

The world didn’t expect much from Edward Bellamy, a reclusive, tubercular writer who lived with his parents. Yet if he lived small, he dreamed big, and in 1888 he published a phenomenally successful utopian novel, “Looking Backward, 2000-1887.” It told of a man who fell asleep in 1887 and awoke in 2000 to electrified cities, music broadcasts and “credit cards.”

Even more exciting than Bellamy’s technological forecasts were his political ones. Unforgiving capitalism would be replaced by a welfare state, he predicted, with universal education, guaranteed incomes and supported retirement. His readers started Bellamy Clubs and set off a craze for utopian novels. In the 19th-century United States, only “Uncle Tom’s Cabin” sold more copies in its first years than “Looking Backward.”

Bellamy, and his fans across the country, felt confident a “radically different” future was imminent. And why not? The United States was a dynamic, almost volatile, country then. During the 1800s, the United States grew more than four times in size, its western edge moving from the Mississippi River to the South China Sea. In the first half of that century, it had transformed from a patrician society run by the propertied into a rough-and-tumble one in which nearly all white men could vote. The second half, when Bellamy lived, saw the end of slavery, the military defeat of great Native American powers and the explosive growth of industrial capitalism — events that, for good or ill, profoundly altered the country.

Bellamy saw his era as “portentous of great changes,” and he was right. Not only did his technological predictions come true; his political ideas caught fire. In 1892, the Populist Party presidential candidate won five states running on a Bellamy-inspired platform that called for a shortened workday, a graduated income tax and the direct election of senators. The New Deal — with its income supports, economic controls and federal jobs — seemed straight out of Bellamy.

During Franklin Delano Roosevelt’s presidency, “Looking Backward” occupied a conspicuous spot in the White House library. Roosevelt’s own book, published on his inauguration in 1933, was titled “Looking Forward.”

Our own era is, like Bellamy’s, “portentous of great changes.” A Bellamy-style character falling asleep just five years ago and waking up now would require patient orientation (“So, after the assault on the Capitol, the right seized on calls to defund the police and Mr. Potato Head’s gender as wedge issues, which …”). Alongside eventful episodes like Donald Trump’s presidency and the Covid-19 pandemic are deeper transformations: the internet’s upending of daily life and work, the faltering of the gender binary, the rise of China, the warming of the planet.

And yet it’s hard to imagine politics changing as a result, as Bellamy’s readers once did. Washington seems inhospitable to utopians; it’s deadlocked between those determined simply to hang onto power and those seeking modest tweaks.

The current top concern of both parties is whether to raise or lower barriers to voting. That’s an important question, but it’s ultimately a procedural one. Meanwhile, the most substantive issue imaginable, global warming, languishes. A majority of Republicans in Congress are deniers. And the Democratic leadership has met calls for big changes (“the green dream, or whatever they call it,” as Nancy Pelosi originally referred to the Green New Deal) with notable coolness.

This hardening of our political arteries is dangerous. It’s not just that needed legislation gets blocked; it’s that our civic culture is in crisis. When passion can’t flow easily into policymaking, it congeals as angry protest, growing wilder and more paranoid.

Now we’ve reached a tipping point. On both the right and left, activists call for things that, just a few years ago, would have been unspeakable. Yet rather than inspire voters, our politicians mostly seek to deflect or fend them off, seeing them as perhaps a little too inspired.

In the past, such hurdles have been overcome by wars. A painful fact about U.S. history is that it often takes a military conflict to transcend the habitual holding pattern of checks-and-balances government. The Civil War prompted the land distribution of the Homestead Act, established federal funding for dozens of colleges, introduced a federal income tax and abolished slavery.

World War II sent a generation of men to college. The Cold War spawned the Interstate System of highways and pressed the federal government to accept civil rights. Even the New Deal, enacted in the shadow of a looming war, started when Roosevelt explained in his Inaugural Address that he needed “broad executive power to wage a war against the emergency” as “if we were in fact invaded by a foreign foe.”

The United States has fought wars recently, but they haven’t prompted collective action. In the aftermath of the attacks of Sept. 11, President George W. Bush called on his compatriots not to do anything differently but to “get down to Disney World.” The many military interventions that have followed have entailed smaller sacrifices at home than previous wars have. No one gets drafted, fewer come home in body bags, and increasingly the fighting is handled by airstrikes and drones.

The growing invisibility of combat reflects a larger shift in our public affairs, away from open debate and toward backstage management. Since 1945, when the United States assumed a position of armed primacy over the planet, its government has grown more centralized, more opaque and less democratic: The National Security Council, an unelected group on which no lawmaker serves, oversees international affairs. The most controversial parts of foreign policy — arguably the ones most requiring public debate — are covertly handled by the C.I.A.

The federal government doesn’t just run the United States; it seeks to run the world. And it’s hard to do that while remaining open to domestic democracy. The centralization is contagious. A government operating unaccountably abroad starts doing the same at home. You send Humvees to Falluja, and soon they’re patrolling Ferguson.

Voters in Bellamy’s day argued about where and when to fight wars. Now that’s handled by the experts; when four U.S. soldiers were killed in Niger in 2017, it came out that key senators hadn’t even known troops were stationed there. Similarly, Bellamy lived through elections in which farmers fiercely debated monetary policy with bankers. Yet today, the dollar — a global currency as well as a domestic one — is managed quietly by the unelected governors of the Federal Reserve.

An opaque government favors insiders who know how to work its levers. The Beltway is packed with long-term residents — advisers, functionaries, think tank experts and lobbyists. Even elected representatives tend to be long-haulers, as can be seen in their ages. Though the baby boom lasted only 18 years, we’ve just finished a 28-year streak of boomer presidents. It was broken, finally, by Joe Biden, a pre-boomer president.

The aging of politicians tracks with the aging of the population in general. But it’s meant that younger people — the ones most given to “noble aspirations and high dreams,” as Bellamy wrote — are blocked from power.

In the Democratic caucus, the six members of the insurgent, left-wing “squad” are all in their 30s and 40s (the most famous, Alexandria Ocasio-Cortez, is 31). So are most of the congressional boat rockers on the right, including Marjorie Taylor Greene, Josh Hawley, Lauren Boebert, Tom Cotton, Elise Stefanik and Matt Gaetz. The average senator’s age, by contrast, is 63 and rising.

In “Looking Forward,” Roosevelt noted the brewing extremism of his day. But the real trouble wasn’t wild ideas, he believed. It was rather the “hand of discouragement” signaling that “things are in a rut, fixed, settled.” Instead of quashing radicalism, he wrote, leaders should greet it as “a challenge, a provocation” and an occasion to offer “a workable program of reconstruction.”

That would be a good idea today. Such a program might try to reverse the damage that seeking global primacy has done to our country. We could take the end of the 20-year war in Afghanistan as an occasion to ask whether the United States truly needs to police the planet — or is any good at it. Perhaps it’s time to exchange armed supremacy for earnest diplomacy, and the rule of experts for the rights of citizens. Clawing power back from unaccountable decision makers could let us start debating the things that our leaders rarely even mention, like taxing carbon emissions, legalizing drugs, overhauling the prison system and shuttering overseas bases.

Going big might seem unthinkable. But such fatalism is precisely the problem Roosevelt sought to address. We own the house; we’re allowed to remodel it. Doing so would not only prepare us for new challenges, but it would also establish an important point: The future is open.

Daniel Immerwahr is a professor of history at Northwestern and the author of “How to Hide an Empire: A History of the Greater United States.”

Snap Out of It, America! A series exploring bold ideas to revitalize and renew the American experiment

To Unite a Divided America, Make People Work for It