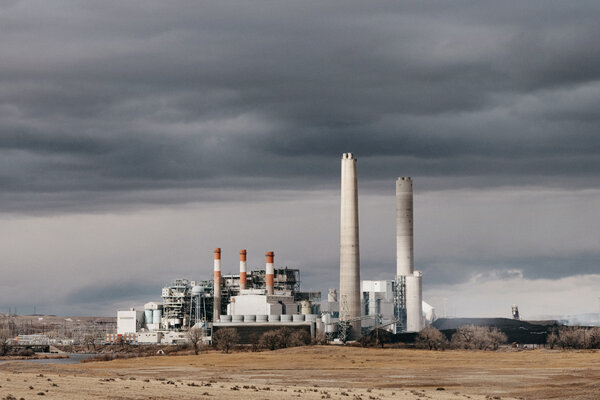 Many of the headlines about the Supreme Court’s 6-3 ruling on West Virginia v. Environmental Protection Agency on Thursday have suggested an existential setback: a major blow to American decarbonization and global climate ambition. But the effect is less like a nail in the coffin and more like putting an additional set of brakes on an already stalled project. For the time being, at least, the decision functions chiefly to cement the status quo.

The problem is, the status quo is bad enough. Cristiana Figueres, the former head of the United Nations Framework on Climate Change, recently described the world’s current trajectory as “a suicidal path,” and globally, the United States was already the most conspicuous laggard. Without meaningful legislative progress in the coming months, President Biden will have managed to deliver only 9 percent of his climate promises.

Without them, the country will fall far short of its own international pledges, which, given the scale of American emissions, will make it almost impossible for the world as a whole to fulfill its already unlikely targets. If Republicans win control of Congress in the November midterms, then the window on the prospect of such legislation may be shut for at least a few years. The E.P.A. decision may feel like a backbreaker, but the policy path to responsible, aggressive emissions reductions looked pretty broken yesterday.

Of course, the right question isn’t: Are we moving in the right direction or the wrong one, or standing still? That’s because, given the urgency of decarbonization and the pressing threat of dramatic climate impacts, time is the most precious commodity. That’s the meaning of the writer and activist Bill McKibben’s famous phrase, “Winning slowly is the same as losing.”

The Supreme Court decision is a bit worse than that, though, in how it restricts the E.P.A.’s ability to effectively regulate dirty energy rapidly off the grid without the explicit support of Congress. But this case was unusual in that it applied to potential powers rather than ongoing policy or law, and because that kind of power has never been and is not now being exercised by the agency, the judgment applies more to hypothetical futures than to present-tense policy.

And while every climate scientist and advocate would tell you that the country needs to do much, much more to curb emissions, West Virginia v. E.P.A. applies centrally to powers the agency is not presently exercising, and takes some possible future approaches away from regulators without turning back the clock as it did last week in overturning Roe v. Wade. In recent weeks, when climate-conscious analysts surveyed the range of possible outcomes, this was not one of the apocalyptic possibilities, and the agency has retained some authority to regulate greenhouse gasses — just not in the comprehensive, “generation shifting” way designed under former President Barack Obama’s never-actually-implemented Clean Power Plan. The judgment even affirmed that greenhouse gases represent a public danger.

And so given how unlikely near-term American policy progress seemed to begin with, the more profound effect of West Virginia may ultimately be cultural, shifting the climate mood in two ways: some mix of new outrage, frustration and despair among those Americans holding out hope for political and policy reversals and an embrace of global climate leadership, and eye-rolling and exasperation by those abroad who are already inclined to see the United States as the world’s biggest climate hypocrite.

At home, a majority of Americans want to see more done by Congress (61 percent), the president (52 percent) and corporations (70 percent), according to the gold-standard polling conducted by Yale Climate Communications last fall, which also found that a record share of the country (33 percent) was “alarmed” about warming. For the alarmed — and for the many more Americans who described themselves as “concerned” — the decision may confirm an intuitive sense, pieced together also from setbacks well beyond climate, that the system is broken, with power aligned against action and every avenue of potential progress barricaded by the forces of inertia. For the country’s highest court to consider the urgent challenge of warming and say, in effect, that we should be doing less rather than more — whatever the immediate policy effect — comes as a profound psychological blow.

Indeed, this term, the supermajority conservative court seems to be taking over the role long played by Congress as the public face of federal dysfunction and stalemate — at best. On reproductive rights and guns, the picture is darker still.

On climate, as recently as several years ago, advocates had hopes of seeing a much different case reach the court and radically reshape the climate priorities of the country. In Juliana v. United States, often called “Kids v. Climate,” a group of underage litigants hoped to establish a younger generation’s fundamental right to a future undisturbed by the climate impacts imposed by earlier generations. Given the makeup of the court even then, this was probably always a somewhat optimistic hope (at the moment, Juliana is stalled in District Court). But instead, West Virginia v. E.P.A. is the climate case — and decision — the country got. The mood is grim, and “we’re only as screwed as we were yesterday” is not much of a comfort or a rallying cry.