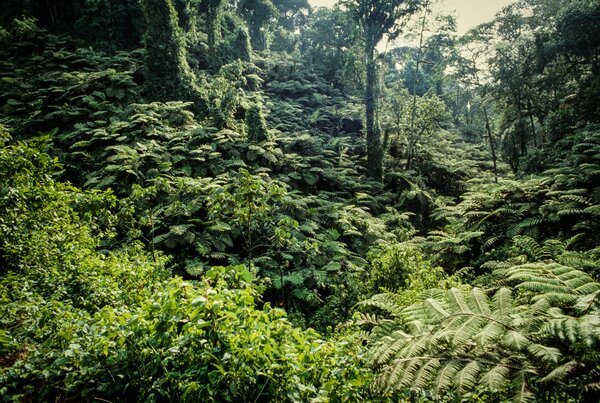 Dr. Lewis is a professor of global change science at University College London and the University of Leeds.

A vast rainforest stretches for 1,500 miles across central Africa. The mighty Congo River and its tributaries are the main highways into this hard-to-reach region.

This land of towering trees is home to forest elephants, bonobos and millions of people; it helps regulate our climate and slows climate change by removing 1.5 billion tons of carbon dioxide from the atmosphere each year.

The government of the Democratic Republic of Congo speculates that up to 16 billion barrels of oil may lie under the rainforest. In addition to accelerating the climate crisis, oil exploration here would be a pollution disaster for communities that depend on it and for wildlife. It could also become a major new source of civil unrest in an already unstable country. Given that the 1998-2003 Congo War and its aftermath killed more people than any conflict since World War II, everything possible should be done to avoid conflict in Congo.

The Congo government is reportedly auctioning exploratory oil drilling rights across an immense area on July 28 and 29. Of the 16 blocks on sale, nine are in the “central basin” rainforest region, covering roughly 59 million acres of land. That’s more land than the states of New York and Maine combined. This is a hastily arranged sale, probably driven by Congo’s coming presidential election and a hope of attracting oil companies with windfall profits driven by the Ukraine war.

Four of the rainforest blocks, by my estimate, include about 2.5 million acres of peat swamp forest. This waterlogged ecosystem was first identified, by a team I led, as the world’s largest tropical peatland in 2017. The peat stores colossal amounts of carbon, equivalent to three years’ worth of the world’s carbon emissions from fossil fuel use.

Commercial hunters find reaching the waterlogged swamps difficult, so these peat swamp forests remain havens for wildlife. But oil prospecting requires the systematic cutting of thousands of miles of corridors to transport seismic survey equipment. If cut, these corridors will open up every part of the forest, with hunters and then illegal loggers following, dooming this natural sanctuary for wildlife.

It is unclear whether there really are substantial oil deposits beneath the Congo rainforest; if there is enough usable oil, it is also unclear whether getting it from such remote environments to global markets is economically viable. Yet, even if the initial survey revealed no commercial-scale oil deposits, the rainforests’ biodiversity value would still be destroyed.

Once accessible and degraded, the rainforests would most likely succumb to rampant deforestation, increasing carbon emissions. In the peatlands, this disturbance would begin the release of carbon from the peat: up to 5.8 billion tons from the oil concession areas.

If oil production turns out to be viable, new dangers will surely follow. Data from drilling in the Peruvian Amazon rainforest gives an indication of what could happen. Bringing oil to the surface produces three barrels of toxic wastewater for every barrel of oil. In the Peruvian Amazon, this is most likely poisoning wildlife and people. In one study, 98.6 percent of children living in an oil production zone exceeded the safe limits for the cancer-causing heavy metal cadmium in their blood.

Oil drilling would be particularly damaging in the peatlands, where everything is connected by water. Oil spills and wastewater from drilling could destroy biodiversity, pollute vast areas and poison the water, fish and other natural resources upon which local people depend.